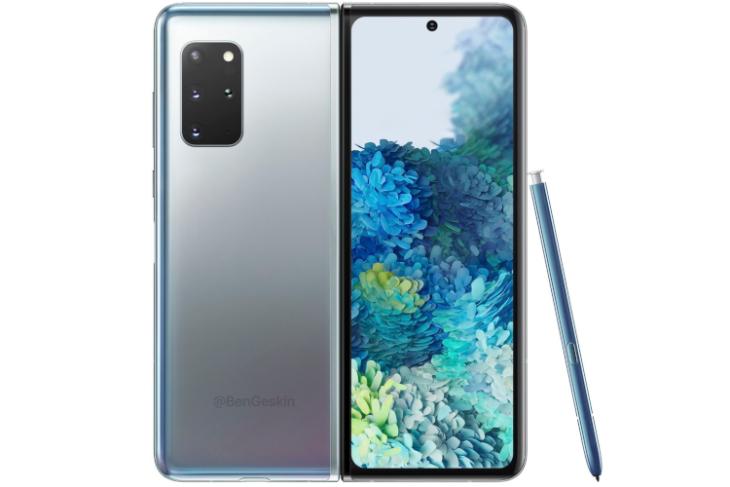 According to Young’s tweet, the Galaxy Fold 2 is said to have a 7.59-inch Dynamic AMOLED display with a 2213 x 1689 pixel resolution when expanded. The display may feature a 120Hz refresh rate.

As far as the front display is concerned, DSCC claims it to measure 6.23-inches with 2267 x 819 pixel resolution and 60Hz refresh rate. Contrary to the rumors, the front camera is expected to be accommodated in a hole-punch cutout rather than under the display. Young says the under-display camera is not ready yet.

As per XDA’s Max Weinbach’s sources, the Galaxy Fold 2 is tipped to come in 4G and 5G models. The report claims the company will either use Qualcomm’s Snapdragon 865 or the upcoming 865+ chipset. The device may be available in 256GB and 512GB storage variants.

Previous rumors suggest that the Fold 2 will retail in Martian Green and Astro Blue color variants. A premium edition using ceramic and stainless steel is also reportedly in the works.

Young says more information regarding the cameras, price, and the launch date will be revealed next week. However, Weinbach claims the Fold 2 would use the same rear camera setup seen on the Galaxy S20 Plus.

The battery is likely to have a capacity between 4,500 mAh and 5,000 mAh while the fast charging speed is tipped to be capped to 25W. The reverse wireless charging’s speed is rumored to be upgraded to 9W.

With all that said, since these claims can’t be independently verified just yet, we would recommend you take all these information with a grain of salt and wait for Samsung’s announcement to know for sure.