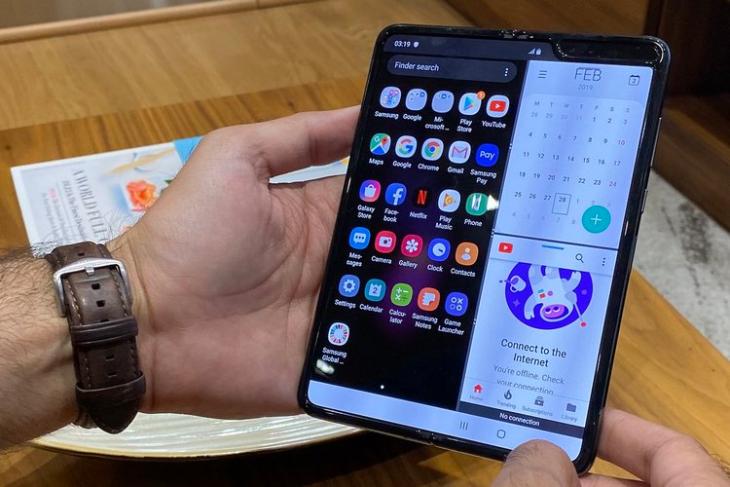 Many smartphone-makers, including Xiaomi and Oppo, are said to be working on devices with under-display Selfie-cameras, and Samsung is said to have joined that list as well. According to a report from South Korean tech blog, The Elec, the company is expected to start mass production of OLED panels with under-display camera tech in the first half of next year, although the exact date and other key details about the device itself remain sketchy.

According to the report, Samsung will market the technology under the rather disingenuous trademark – ‘Under Display Camera technology’, or UDC, and it will most likely be debuted in the company’s 2nd-gen Galaxy Fold smartphone, which will succeed the ill-fated 1st-gen model that went on sale just last month after multiple postponements following reports of serious problems with its folding screen.

The report further claims that to implement its design, Samsung will use the second-gen ‘Hole In Active Area’ technology (HIAA2) instead of the current-gen HIAA1, which will be used for standard punch-hole displays. According to the report, the new technology will use a laser to drill a number of tiny holes in the display in a process called ‘Laser Etching’ to improve light permeability.

As per the report, the technology will work by creating a transparent section on the part of the screen covering the camera lens. Under normal circumstances, this part will blend in with the rest of the panel without any trace, but will allow light to pass through to the camera hidden underneath when required. According to the report, this implementation is the company’s more advanced ‘Hole In Active Area’ (HIAA2) display technology, compared to the current-gen HIAA1 tech.