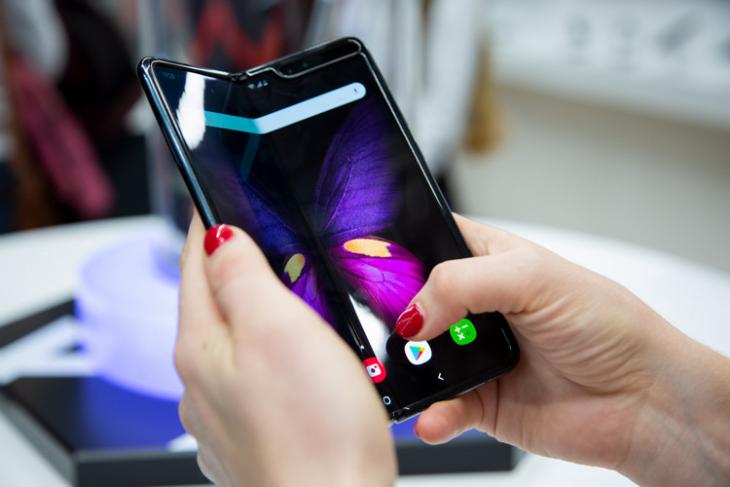 Samsung has seemingly confirmed that it will unveil the Galaxy Fold 2 alongside the Galaxy Note 20 on August 5th. On Sunday, the company tweeted “A new look unfolds. 05.08.2020” with a short video that suggests the possible announcement of the foldable phone. Do note that Samsung did not reveal the name of the handset. However, the mention of the word ‘Fold’ suggests that company is, indeed, prepping to unveil the Galaxy Fold 2 on that day.

As seen below, the video shows a free-flowing bronze-colored liquid morphing into the shape of a butterfly. The imagery reminds you of the original Galaxy Fold, which was also marketed with images of butterflies. Of course, the company will be hoping that the upcoming device will have none of the problems faced by its predecessor.

The Galaxy Fold 2 will reportedly bring a lot of changes as compared to the first-generation Fold. It is expected to feature two displays. While the external one is said to be 6.23-inches, the internal one is said to be a 7.59-inch 120Hz unit. The phone will reportedly be powered by the Snapdragon 865. It will also apparently ship with 12GB RAM and up to 512GB of internal storage.

The development comes just days after the generally-reliable tipster, XDA’s Max Weinbach, claimed that the Galaxy Z Fold 2 launch might be postponed to September. According to the him, the software of the phone is still far from finalized. So Samsung might not be in a position to launch it any time soon, he said. Either way, with this new teaser from Samsung, it will be interesting to see how this plays out going forward.