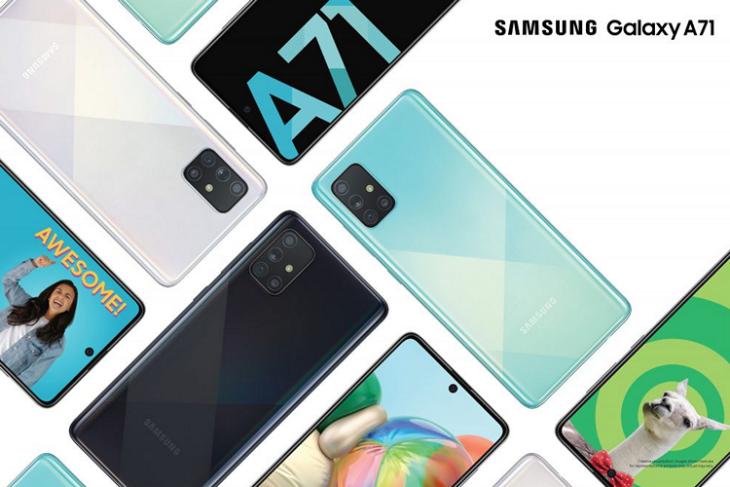 Samsung’s plans to release a 5G variant of the Galaxy A71 were first reported by Sammobile earlier this year. Samsung Galaxy A71 5G has now passed through Chinese certification authority TENAA, revealing the specifications of the handset.

The Galaxy A71 5G will sport a Full-HD+ Super AMOLED display. The handset measures 162.6 x 75.5 x 8.1mm and weighs 185 grams. We could be seeing 8GB of RAM coupled with 128GB of internal storage that can be further expanded with the help of a microSD card slot.

In terms of optics, the device is expected to equip a 64MP primary sensor, 12MP ultra-wide lens, a 5MP macro camera, and a 5MP depth sensor. A 12MP front camera is expected for selfies.

The Galaxy A71 5G would draw juice from a 4370mAh battery that supports 25W fast charging. As far as the software is concerned, the device would run on Android 10 with Samsung’s One UI 2.0 on top.

As reported earlier, Samsung is also working on a 5G variant for its Galaxy A51. Samsung could be launching both the devices together like it did with the 4G variants in Vietnam. However, the ongoing coronavirus outbreak might have caused some disruptions in the initial schedule.