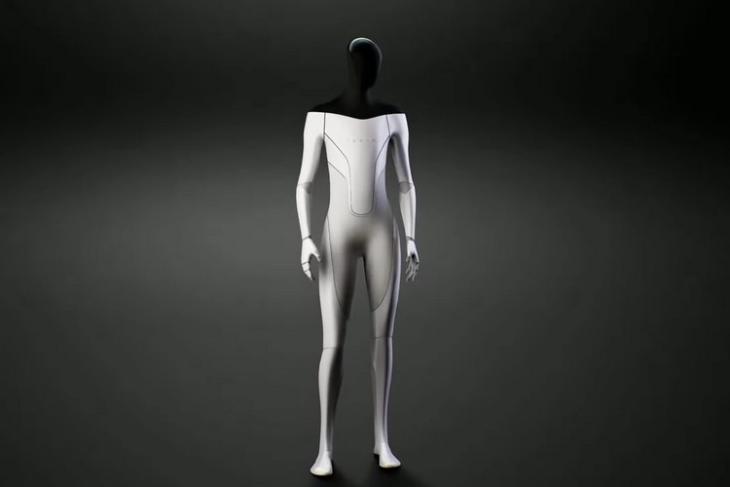 After dominating the EV market, significantly increasing the price of Dogecoin, and then becoming the richest person in the world, Elon Musk’s next mission is to replace humans doing boring and repetitive tasks with an upcoming humanoid robot – the Tesla Bot. Yes, you heard it right! Musk recently announced to launch a Terminator-like humanoid robot, only without the destructive functions.

At the recent Tesla AI Day virtual event, Musk announced that his EV company Tesla is currently developing a bipedal, humanoid robot that will be able to perform boring, unsafe, and repetitive tasks for you. Aptly dubbed as the Tesla Bot, the robot will be 5 feet 8 inches tall and weigh around 56Kgs. 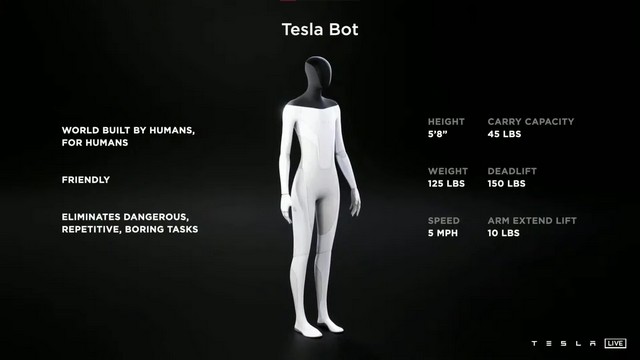 Now, going into the technical details, not much is known about the Tesla Bot yet. But, Musk shared that the robot will come with 40 electromechanical actuators. There will be 12 of these inside each of the arms of the robot, and 2 each inside the neck and torso area. 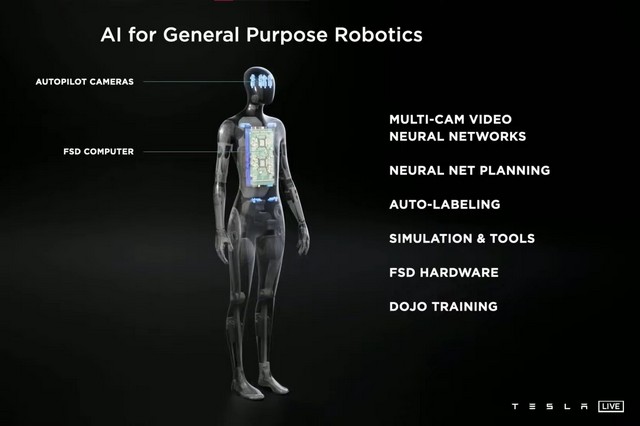 Moreover, much like its autonomous electric vehicles, Tesla Bot will leverage various advanced cameras and sensors to navigate around and perform tasks. It will have 8 cameras onboard and a screen to display important information. Plus, it will feature Tesla’s Full Self-Driving (FSD) system, which is the same autonomous driving technology that Tesla cars use, to enable autonomous functions.

“Tesla is arguably the world’s biggest robotics company because cars are semi-sentient robots on wheels. It kind of makes sense to put that into a humanoid form,” Musk said in an online event.

He also added that the Tesla Bot will feature five-fingered hands, just like humans, will be designed to be “friendly” and built in such a way that “you can run away from it and most likely overpower it.” Now, I personally am worried about the “most likely” part as the Tesla Bot is essentially a robot and any engineer can also design it to be destructive, right? Well, if that happens, I am sure Elon Musk will be ready with his army of “friendly” Tesla Bots to protect humanity.

As for availability, Musk stated that the first prototype of Tesla Bot will be showcased sometime in 2022. However, there is no information on when the company will launch commercial models of the humanoid robot for industrial or personal use as of now.