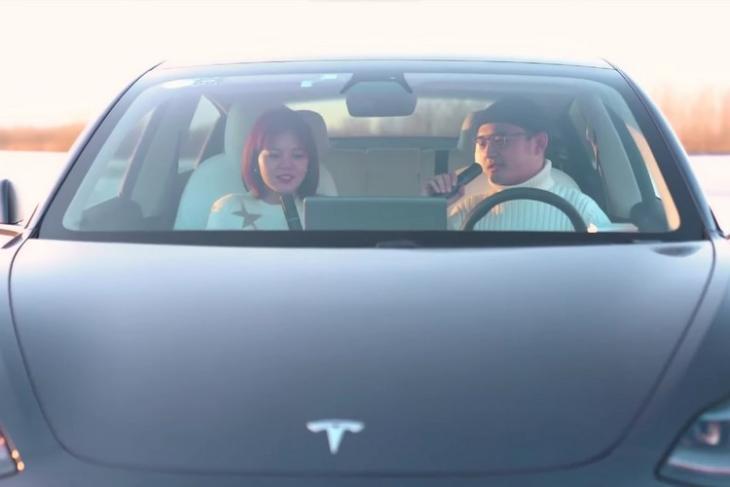 Tesla, other than being all-electric, comes with various in-car features like gaming, in-car karaoke, and more. Back in 2019, the EV maker added the in-car karaoke feature dubbed “Caraoke” that allowed for karaoke sessions in cars but played a limited list of songs for passengers to sing along. As an extension to this, the company has now launched a pair of microphones called TeslaMic to support this in-car karaoke feature.

Tesla started rolling out its “Chinese New Year” software update for cars in China recently. As part of this, the TeslaMic microphones have been introduced and are designed to work with Leishi KTV, which is a new karaoke system that has been added with the latest update. The TeslaMic is currently only available to buy in China.

The company recently took to Weibo to announce the new product and shared a promo video that showcases the in-car karaoke system supported by the TeslaMic microphones. You can check out the video below to see how this works.

TeslaMic can automatically pair with the in-car karaoke system, as per Tesla’s description. Plus, it comes with a few dedicated sound modes to further enhance the voice of the singers. As shown in the above video, the TeslaMic can also be used outside of Tesla cars.

The new Karaoke mic clubbed with the latest software update (v2022.2.1) offers a more comprehensive in-car karaoke system based on China’s Leishi KTV, which wasn’t the case with the Caraoke feature. As mentioned earlier, it was limited to only a few songs, with the lyrics appearing on the center display of the cars.

The TeslaMic retails at CNY 1,199 (~Rs 14,136) in China but, the webpage to order was crashing at the time of writing this article. There’s no word on its availability in other markets. That said, Tesla has reportedly expanded its US trademark to audio products recently. So, the company might launch the product in other markets soon. We will keep you posted on this!