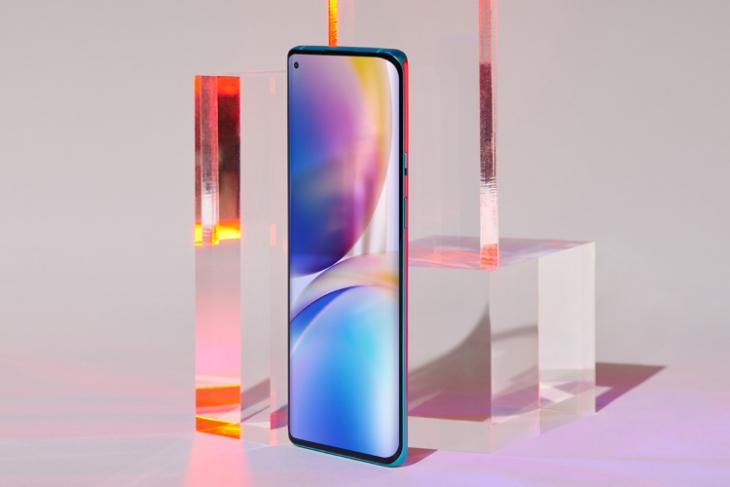 The OnePlus 8 and OnePlus 8 Pro were unveiled in an online event last night, and the official wallpapers from the two devices are now available for download from the website of Hampus Olsson, the Goa-based Swedish artist who’s been designing wallpapers for OnePlus smartphones since the OnePlus 2. There are ten static wallpapers that look absolutely stunning, but the phone also includes a bunch of new live wallpapers that come with gorgeous animations.

However, Olsson only designed one of the live wallpapers this time around, but even that isn’t available as part of the download because of possible copyright restrictions. Olsson says that he isn’t able to share the live wallpaper because even though he created the actual design and the animation, the live functionality was developed by OnePlus. Seen in the GIF below, the animation was created with Blender, using Soft Body Physics.

As seen from the screenshots below, the new wallpapers have bold colors, clean aesthetics and abstract designs. In fact, to design the wallpapers on the OnePlus 8, Olsson says he drew inspiration from his early works that used to be “abstract, crowded and playful”.

Olsson’s association with OnePlus started after he met co-founder Carl Pei at a weekend market in Goa several years ago. Impressed with his work, Pei entrusted him with the job of designing the backdrops for the OnePlus 2, and Olsson has been doing the wallpapers for all new OnePlus phones since then. Olsson has also collaborated with other noted companies, such as Spotify and GANT. If you like Olsson’s designs, you can download his own app, Abstract, which offers more than 300 stunning 4K wallpapers.