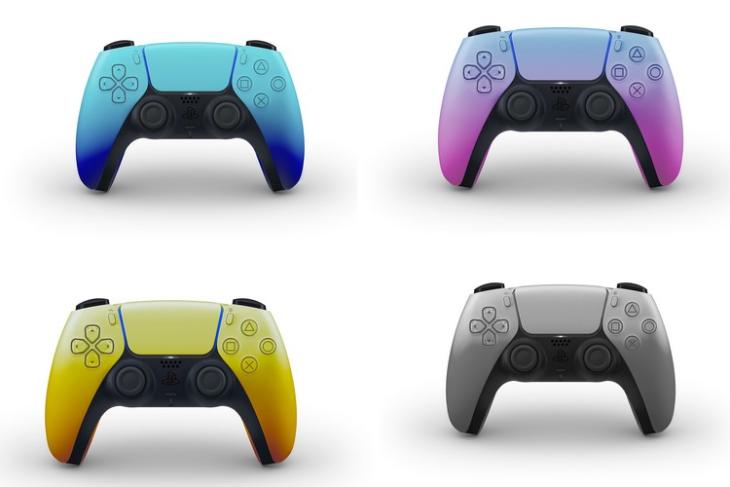 Sony surprisingly unveiled the new DualSense PS5 controller recently. It is the first time that the company adopted a new dual-colour design for its PlayStation controller. The new DualSense controller will come with a black and white colour scheme with a sleek futuristic design. However, if you still do not like the colour, these fanmade mock-ups might just intrigue you as some of them are really awesome.

Not long after the unveiling, PlayStation fans around the globe started playing with the colour scheme of the new controller. They made mock-ups of the new design in several different colourways and each of them looks so much better than the real one.

One of the artists, @thefleshmonk, shared four images of the new controller, on Twitter (below), each with a new colour that replaced the white in the original one. The colours include yellow, black, red and blue and they all look quite bright and popping.

One Redditor, u/H4WK1NG, followed a similar colour-pattern as @thefleshmonk but threw some more colour options in the mix. The Redditor made 9 mock-ups of the controller which also include the one with the original colours.

[Image] Decided to add some color to the new PS5 Controller. What’s your favorite ? from PS5

My mockups for different color variations of the controller (be nice, I’m not that good at photoshop, I can mainly do color) from PS5

Okay, but what if it was pink?? pic.twitter.com/dA7XqiO6mP

So, these were some of the fanmade colour-schemes for the new PS5 controller. I think each one of them looks really cool and Sony should definitely consider releasing the DualSense controller in different colour options.

What do you guys think? Let us know down in the comments.