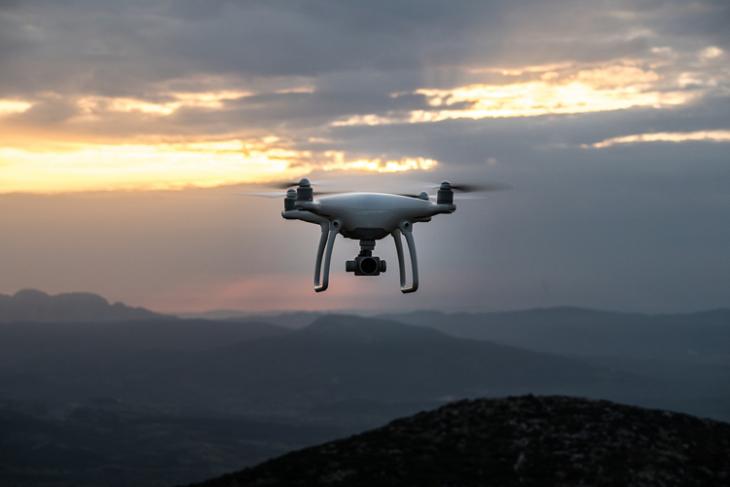 China has always been a leader in implementing cutting-edge technologies in law and enforcement, a department that usually has slow exposure to technology in other countries in the world. Recently, we saw robot traffic police and now, a drone reminded a man to wear the helmet.

“The handsome young lad on the black electric scooter in dark green clothes and glasses – please put on your helmet!”. This was the order given to a Chinese rider for not wearing his helmet. The order was given by a drone that belonged to the Putian police department of China.

The video of the incident went viral on the Chinese microblogging website Weibo. There are two such drones and they have been in action since last September. According to a Chinese news source, 2,184 traffic violations have been identified using these drones.

The drone can fly up to 50 meters above the targets for a maximum time of 30 minutes. These drones are controlled by a team of 10 police officers. The typical use cases of these drones are finding vehicles without license plates, monitoring people violating traffic lights/driving in wrong lanes, and spotting two-wheeler riders without helmets.

While the Chinese government has implemented drones to effectively control the traffic, people are worried about their privacy. “Drones flying in the air, it’s hard to say if they’re able to capture what goes on through the windows of people’s homes,” said a person on Weibo.

This is indeed a valid concern since people will have no idea if it is a police drone just passing by or a third-party’s drone who wants to interfere in the privacy of others. Either way, the Chinese government has no plans whatsoever to stop the expansion of drones to more cities in its police department. So, what do you think of this move by China? Share your thoughts in the comments.