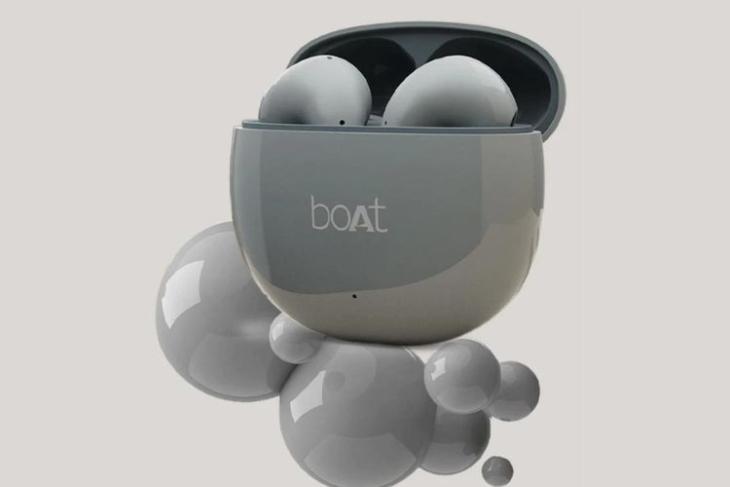 After recently introducing the Airdopes 100 TWS, boAT has introduced a new pair of TWS earbuds as part of its Airdopes lineup in India. The new Airdopes Atom 81 comes with up to 50 hours of playback time, ENx Technology, and much more at under Rs 2,000. Have a look at the details.

The boAt Airdopes Atom 81 has a semi-in-ear design, resembling that of the AirPods 2, and comes with 13mm drivers to deliver enhanced bass and treble and a four-mic setup.

The ENx technology is meant to provide a clear calling experience. The microphone cuts the background noise and isolates your voice to make it easier for you to take calls even when there’s a lot of disturbance around.

There’s support for the Beast mode, which enables 55mm low latency audio and will prove especially useful during gaming. Along with support for up to 50 hours of total playback time, the Airdopes Atom 81 comes with ASAP technology, which can provide a battery backup of about 60 minutes in just 5 minutes. The new TWS has a battery of 35mAh (each) and the charging case is backed by a 320mAh battery.

The earbuds come with Bluetooth version 5.3 and support the IWP technology, making it easier to pair them with a device in a jiffy when the lid of the charging case opens. Additionally, the boAt Airdopes Atom 81 gets IPX5 water resistance and a USB Type-C port for charging.

The boAt Airdopes Atom 81 retails at Rs 1,299 and can be bought via the company’s website and Amazon India. It competes with the recent Noise Air Buds 2, the Boult Audio X50, and many more options.

boAt Leads Indian Wearable Market in the First Half of 2022: IDC