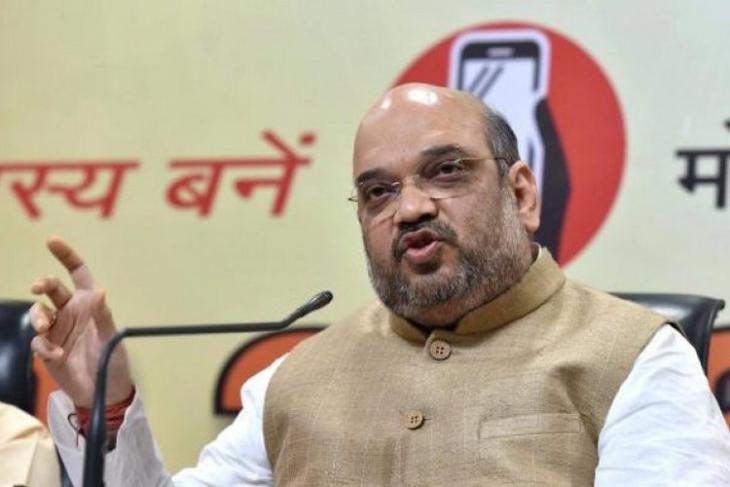 With the problem of fake news becoming more widespread across all online platforms, internet bigwigs are doing their best to curb the menace by announcing new steps seemingly every other day. Political parties themselves are now also stepping in to ask their workers to refrain from posting fake items online to avoid losing credibility among people.

According to sources quoted by the PTI, BJP president Amit Shah, today asked his party cadres to avoid posting fake pictures, data and messages on Twitter, Facebook and other social media platforms. “He said such action endangers our credibility before the people”, said a BJP ‘social media warrior’, who was among 300-odd people who are said to have attended a party meeting held at the NDMC convention center earlier today in Delhi.

According to him, the interaction between Shah and the party activists was planned because of the growing significance of online platforms in creating perception, which is important in politics. “The BJP president also advised the workers to use their social media posts in analyzing and comparing the works and achievements of the Modi government with those of Congress regimes”, the PTI quoted him saying.

While political activists of all hues are somewhat guilty of trying to exploit the vulnerabilities of gullible voters by spreading either complete falsehoods to twisting the truth to fit their agenda, right-wing groups have, more often than not, been more active in intentionally posting hate messages and propaganda that’s harming society and disrupting the lives of many in tragic ways.

The BJP has often been accused of using its vast army of social media warriors to post absolute drivel that are either blatant lies or real news taken out of context to fit the party’s narrative. Sadly, though, the problem isn’t restricted to only the foot-soldiers.

High-profile ministers have also drawn fire for their fake tweets, with one recent instance being a tweet from Railways and Coal Minister, Piyush Goyal, who tried to pass off old and unrelated NASA images as ‘proof’ that the current government has been instrumental in bringing electricity to remote areas around the country. Thankfully, though, the misrepresentation was quickly spotted by the Twitterati.

Now that the workers have been coached, one has to wonder if the BJP will try to do something about fake tweets from its ministers.