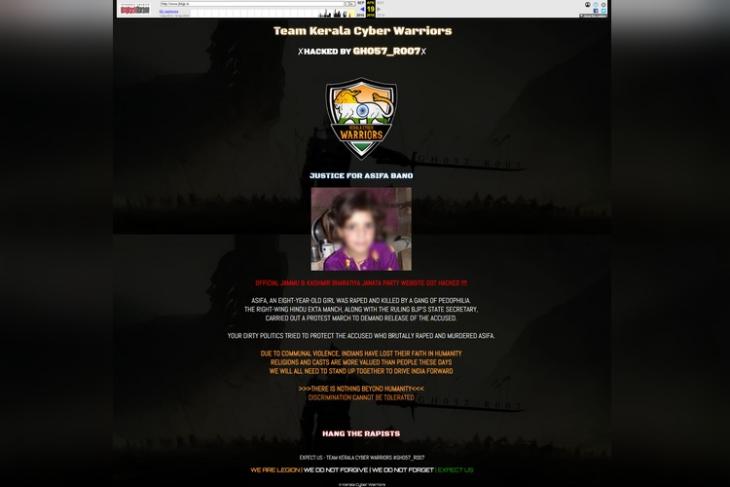 The brutal rape and murder of 8-year old girl Asifa in J&K’s Kathua region has created a huge uproar across India and the world. The outrage over the delay in dispensing justice due to the BJP connections of the alleged perpetrators has only fanned the flames. One such reaction has come from a team of domestic hacktivists calling themselves the Kerala Cyber Warriors. The group hacked the ruling BJP party’s official Jammu & Kashmir website for a brief period, demanding justice for Asifa. 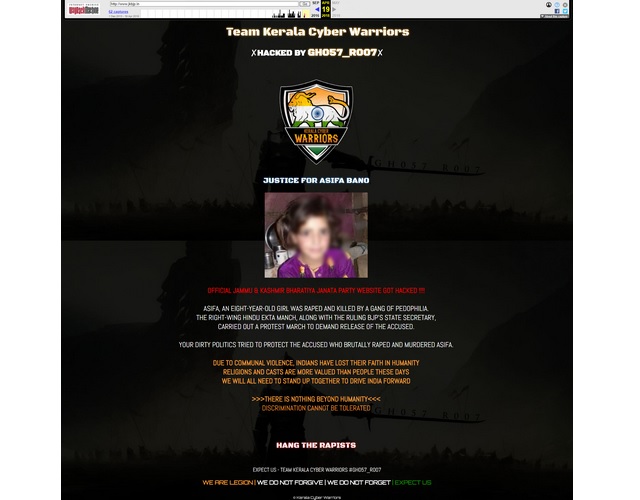 Following the hack, the BJP’s official state website displayed a poster (screen-grabbed above from the Wayback Machine) with a message lambasting followers of BJP for protesting to demand the release of the accused. Titled ‘Justice For Asifa Bano’, the banner called out the BJP government for providing protection to the alleged perpetrators, and chastised Indians for prioritizing communal sentiments over humanity.

At the time of writing this article, BJP’s J&K website was back to functioning normally. The party’s J&K General Secretary, Ashok Kaul confirmed the incident and revealed that a police complaint will be filed.

The hack was brought to our attention by the below tweet:

While the BJP cyber attack has no connection to the Supreme Court’s official website getting hacked today, the SC website hackers did leave behind a poem in Portuguese which appears to be addressed to a little girl.

I love you, beautiful little girl
Best friend I ever had
Smile, my little girl

However, as of now, there is no concrete connection between the two cyber attacks, with two separate groups claiming responsibility for the attacks.