Apple just unveiled their flagship smartphone-lineup for 2017 and it includes 3 phones, namely the iPhone 8, iPhone 8 Plus and the much-touted iPhone X. Although the iPhone 8/8 Plus looks quite similar to its predecessor, the iPhone X brings a radical redesign and features a gorgeous near bezel-less OLED display with a stainless steel frame. However, all of these iPhones are similar in terms of one aspect, and that’s the glass back. Well, this is done by Apple to implement the hugely awaited Qi wireless charging feature into their latest smartphones. As a result of this, users will be able to charge their new iPhones by placing it on an inductive surface. Well, if you’re looking to take advantage of the new wireless charging feature once you get your hands on one of the new iPhones, here are the 10 best wireless chargers for iPhone 8 and iPhone X you can buy:

During the iPhone 8 and iPhone X event, Apple gave us a sneak peek on the wireless charging accessory that they’re working on. It’s called Apple AirPower, and it’s nothing but a minimalistic wireless charging mat that’ll not only charge your new iPhones, but also the Apple Watch and Apple AirPods with a wireless charging case. All these three devices will be able to charge simultaneously using AirPower and that’s what makes this charging pad stand out from the rest of the competition. However, it’s scheduled to start shipping early next year, so you’ll have to wait for quite some time, to get your hands on one of these. The Cupertino-based company has been mum on the pricing details so far.

2. Mophie Wireless Charging Base For iPhone 8 and iPhone X

This is a third-party wireless charger designed and developed by a company who has gained popularity for making some great external battery packs for the iPhones. Thanks to the support for Qi technology, your iPhone will immediately start charging once you set it on the wireless base. Users can expect quick-charging speeds with up to 7.5W of power, if manufacturer’s bold claims are to be gone by. It has a minimalistic low-profile design that can easily fit anywhere in your home or office. Lastly, the rubberized finish avoids slipping, and therefore, perfect stable placement is ensured. It can be purchased from the Apple Online Store, if you’re willing to shell out nearly 60 bucks for charging your iPhone wirelessly. 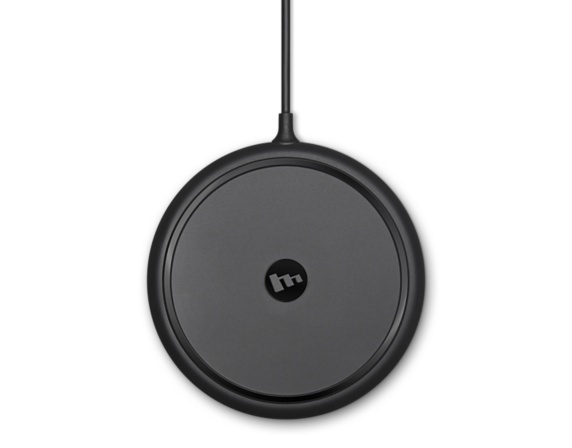 This is yet another third-party wireless charger featured in this list, and the Cupertino giant has partnered up with Belkin in order to make this possible. Just like the previous wireless charging pads that we’ve mentioned in this list, you need to simply set the iPhone on top of the pad to easily start charging right away. Thanks to the Qi wireless standard, the Belkin Boost Up wireless charging pad can deliver up to 7.5W to your iPhone. The pad has a subtle LED indicator that lets you know as soon as your device is set on the pad and charging. It doesn’t matter if you’ve installed a case on your iPhone, as the pad is still capable of charging your iPhone as long as the thickness of the case doesn’t exceed 3 mm. 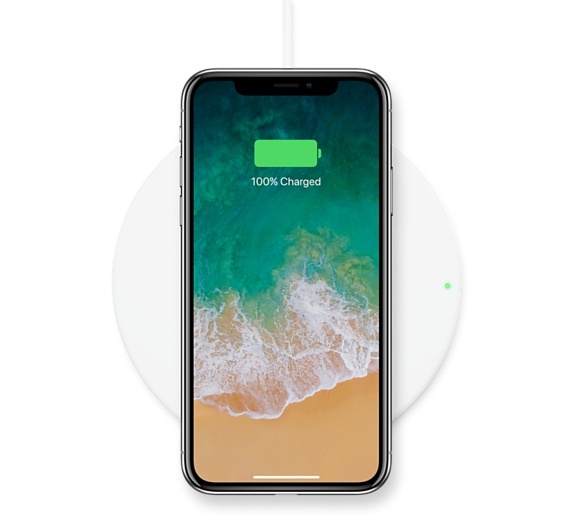 Doesn’t it feel weird that a wireless charging stand designed by Samsung for their Galaxy smartphone line-up works with the new iPhones as well? You can thank Qi wireless technology standard for that. Since the new iPhones support the Qi standard, you can basically use any Qi wireless charger, regardless of the brand and the phone it’s designed for. Although Samsung has marketed this charging stand as a wireless fast charger, you won’t be able to take advantage of its fast charging capabilities on your iPhone. Well, since this a stand rather than a flat pad, you can use it to consume media while your phone is being charged wirelessly. 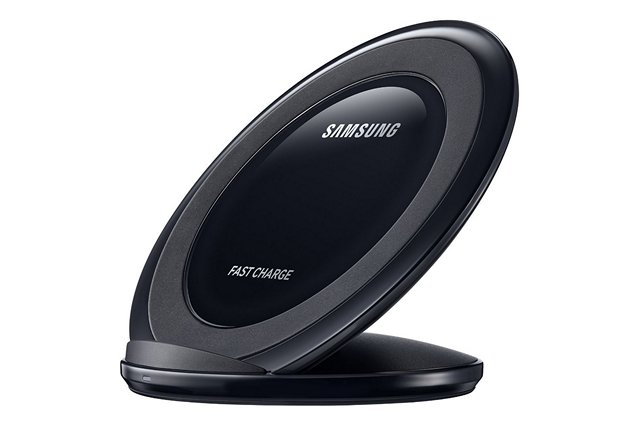 Next on the list, we’ve got one of the least expensive and highest rated wireless charging pad that makes use of the Qi standard to charge the new iPhone 8/8 Plus and iPhone X wirelessly. It has a solid blue light indicator to show that the wireless charger is working flawlessly, so there are no worries in this regard. The charging pad is rubberized to provide texture and stop your phone from slipping. It’s capable of delivering up to 7.5W to your iPhone, but since it’s a single coil charging pad, it has a limited area and requires you to align your phone with the pad properly. That being said, no wall adapter is provided with pad, so you’ll have to make use of an adapter that came with one of your smartphones. For an asking price of just under 13 bucks, we think it’s worth every penny that you’re paying for. 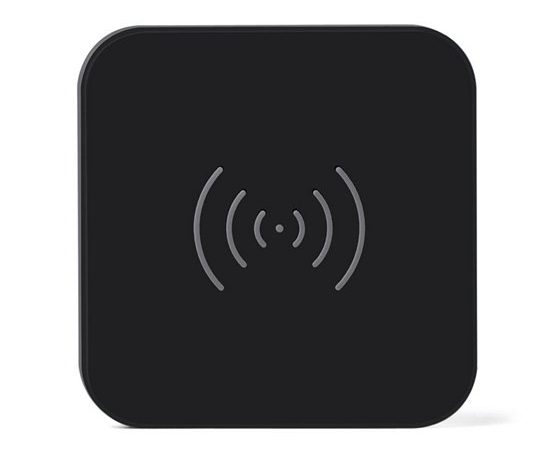 This is yet another affordable wireless charger that you can use with your new iPhones, especially if you don’t want to shell out nearly 60 bucks on some of the recently announced charging pads that were designed with the new iPhones in mind. This charging pad is 0.25-inch thick and generates 50% less heat compared to the competition, if the manufacturer’s bold claims are to be gone buy. There’s an LED indicator that will light up and turn off once you place your smartphone on top of it, to show that the charging process is working fine. If you’ve got any other Qi-enabled devices, you can use the same pad to charge those devices wirelessly as well. So, one charger for every single Qi-enabled device, regardless of whether it’s an iPhone or Android. 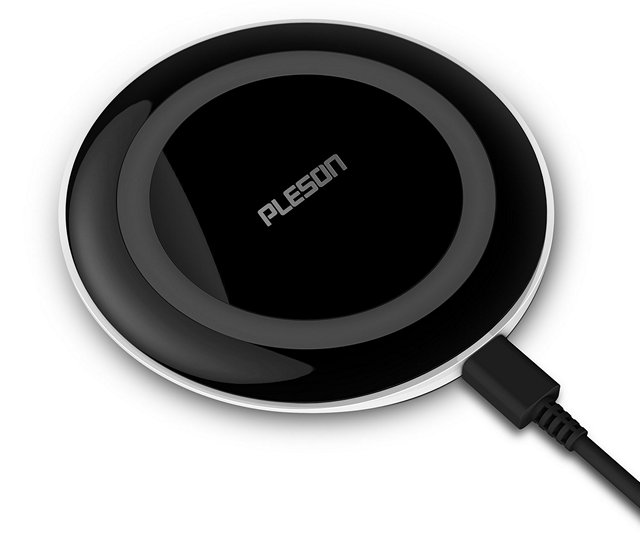 Anker has a great reputation for manufacturing some impressive power banks for smartphones, and now they have a wireless charging pad to offer, which makes use of the Qi standard to wirelessly charge Qi-enabled devices like the iPhone 8/8 Plus and the iPhone X. This pad has a unique temperature control feature that activates at 107° Fahrenheit to keep your device safe. It also has a power-efficient idle mode that makes sure your battery is never overcharge, thereby eliminating wastage of energy. There are a couple of LED indicator lights, where Red means the pad is ready to charge, blue indicates that the device is being charged and if both of them light up together, it means that the device is fully charge. For a price tag of just under 13 bucks, we think this one’s definitely worth what you’re paying for. 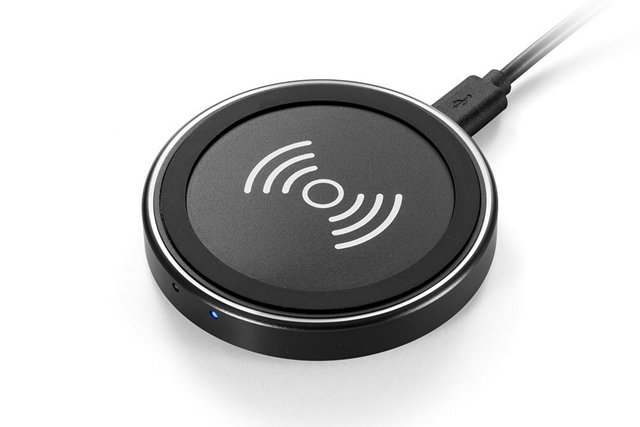 If you want a wireless charging stand rather than a flat pad, this is definitely one of the best affordable options you can go for, especially if you can’t get your hands on the one that Samsung has to offer. Since this acts as a stand, it can be used for consuming media, while charging it. Since this charger uses 3-coils, it will provide a much wider charging area, and therefore perfect alignment is not really required. Even if you have a case installed on your iPhone, you’ll be able to wirelessly charge the phone, provided its thickness does not exceed 5 mm. To get best charging results, the manufacturer recommends to use a 2A wall adapter. The stand also sports multi-colored LEDs that’s helpful in indicating the charging status. 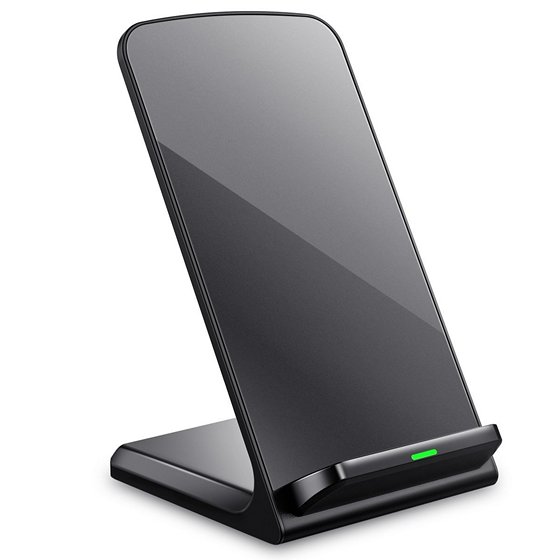 This is a unique charging pad that has a natural wooden finish on top that provides texture and prevents phone from slipping. All in all, the design of this charging pad is nothing short of impressive to say the least. It supports a plethora of Qi-enabled devices out there apart from the new iPhones, so you can make use of one charger to power all of them. All you need to do is simply place your new iPhone on top of the pad, so that it starts charging right away. In addition to this, you’ll be able to charge your phone with a case, as long as it’s thin. The pad provides protection from over-voltage, under-voltage, short-circuit and so on. If you’ve fallen in love with the looks of this pad, do purchase it without giving a second thought.

Last on the list, we’ve got a totally unique wireless charger. In fact it’s a wireless charging stand that features a built-in 0.7 watt power cooling fan, to keep the temperatures in check while you’re wirelessly charging your new iPhone. Although it’s marketed as a fast wireless charger, you won’t be able to take advantage of that feature on the iPhone, which is a bummer. The built-in cooling fan can reduce the risk of overheating your mobile phone, which is definitely impressive considering its asking price. Since it’s a stand rather than a flat pad, it can be used for consuming media in either portrait or landscape position while the iPhone is being charged. 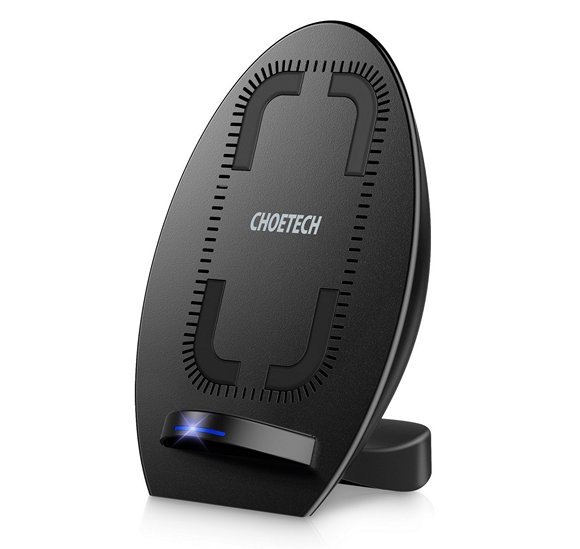 After years of waiting, Apple has finally managed to bring wireless charging feature to their iPhones. Although there aren’t much wireless chargers designed primarily for the new iPhone 8/8 Plus and the iPhone X, almost all of the Qi-enabled wireless charging pads and stands should be able to power your iPhone just fine. Our favorite pick in this list is certainly the Apple AirPower that lets you charge multiple Apple devices simultaneously, and we just cannot wait to get our hands on one of these units early next year. Well, if you simply cannot wait for that long, you’d be better off with some of the best wireless charges ranging from affordable to expensive. So, which one of these wireless chargers are you planning to buy? Do let us know, in the comments section down below.