Smartphone photography has gained a lot of importance in the recent years. Manufacturers like Samsung, Apple, HTC, Huawei and others are putting in a lot of effort to unique features into their cameras. Not long ago, Instagram introduced its Hyperlapse app for iOS devices, which led to Android users wanting something similar on Android. While we have no idea when Instagram’s Hyperlapse app will arrive on Android, there are some decent alternative apps for Android you can try. Before we tell you about the best apps to shoot hyperlapse videos, let’s talk about what “hyperlapse” is:

As per Wikipedia, hyperlapse is “an exposure technique in time-lapse photography, in which the position of the camera is being changed between each exposure in order to create a tracking shot in timelapse sequences.” In plain English, it is a format of timelapse video, where the camera moves or changes its location periodically. To get a better idea, you can check out a hyperlapse video below:

Now that you have an idea of what hyperlapse videos are, here are the best hyperlapse apps for Android:

If you want an app that really mimics the simplicity of Instagram’s Hyperlapse app and lets you records hyperlapse videos with ease, then you should try out the Microsoft Hyperlapse app. It is an app that has a very simple UI but is highly functional. You get only two options on the app’s home screen – Import an existing video to apply hyperlapse effects or record a new hyperlapse video. The hyperlapsing is done post recording which gives you an option to choose between available video speeds (1x to 32x). 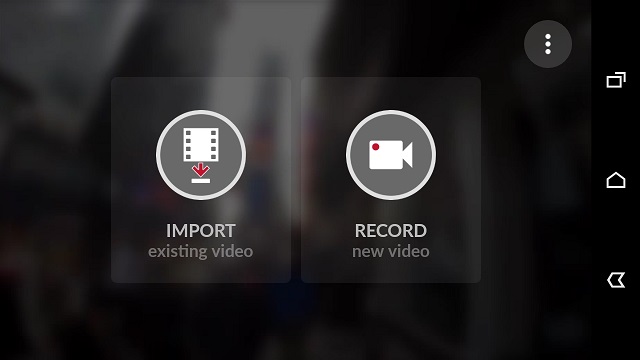 You can even choose to crop certain sections of the video’s timeline with a slider. Once you are done editing your video, you can simply choose to import your hyperlapse video to the desired storage location. You are also given the option to select the render quality of your video in 720p or 1080p. The features are quite limited when compared to the other hyperlapse apps but for an app that’s completely free, we have to say that we were pretty impressed by its abilities.

Framelapse – Time Lapse Camera lets you shoot both time lapse & hyperlapse videos and it is completely opposite to Microsoft’s app, i.e., it ditches simplicity for manual camera settings and controls. The interface looks just like your camera app, with all the controls required for shooting a hyperlapse video available upfront. You get options to choose your video resolution from a wide range of 144p to 1080p, along with bitrate settings. It also gives you the options to select a suitable frame interval speed and choose custom video duration options. 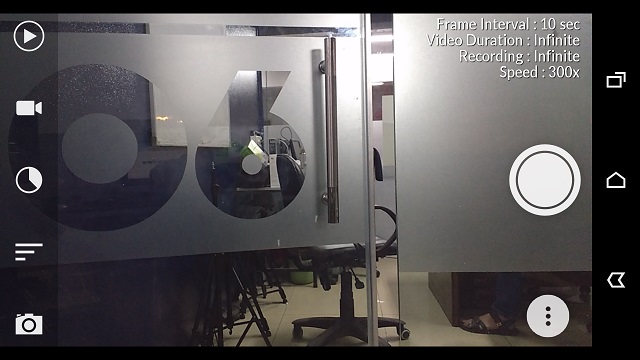 There are also options like choosing your desired white balance setting, adjust the camera focus, filter effects, exposure compensation and self-timer options. As a user, you get immense control over what you are shooting. 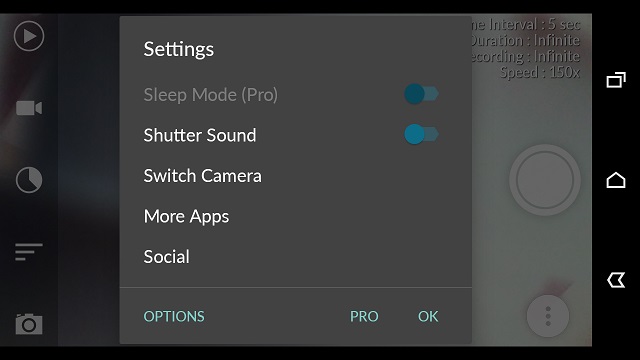 There is a Pro version of the app that eradicates advertisements and unlocks a few more manual camera controls and features, like custom frame, exposure & white balance locks, sleep mode etc. Go for this one if you feel the need to have complete control of your hyperlapse video shooting app.

Lapse It is a time lapse and hyperlapse shooting camera app that takes the beacon further in terms of features. Like Framelapse, this also provides the user with a lot of shooting options like adjustable manual controls for exposure, focus, white balance and scene modes. There are also options to speed up your time lapse or hyperlapse video (with millisecond precision up to 240x), schedule the capture to start & stop automatically, set your own audio tracks as background music and much more.

You also have the option to render the final video in a wide range of resolutions in multiple video formats. The app offers a lot of filters and editing options and you can also use it to record slow-motion videos. Plus, you can upload your creations to the app’s own community, where hundreds of other creations are waiting for you. 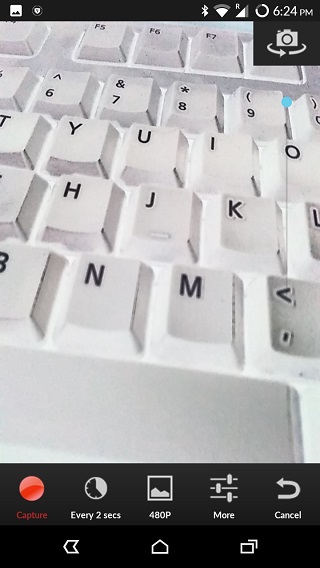 So, you must be wondering why this isn’t on top of the list after practically packing in every possible feature you would need to shoot a hyperlapse video? Well, most of the features can be only accessed in the Pro version, with the free version being comparatively spartan. But if you don’t mind paying and want the perfect functioning hyperlapse video app, look no further. 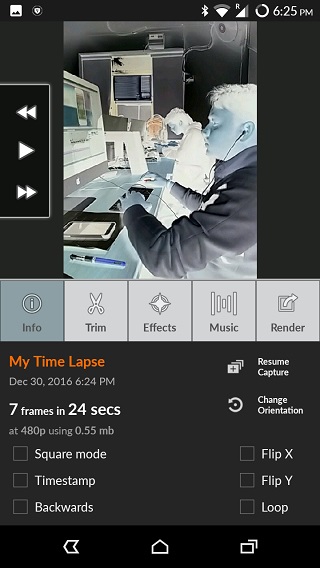 Don’t want to use any third-party hyperlapse app?

Well, manufacturers like Samsung, HTC, Asus, Huawei, Xiaomi and the likes, bake in features like hyperlapse and timelapse into their camera apps. For HTC users, the HTC Camera (available only for HTC devices) is a worthy app that has a notably well hyperlapse option in the video recording section. Apps like the Asus Pixel Camera (only for Asus users) and the Xiaomi Camera app (not available on the Play Store) also feature the ability to shoot hyperlapse videos. If the camera app does not support hyperlapse videos, you can check out the aforementioned great hyperlapse apps.

Use these Apps to Shoot Hyperlapse Videos on Android

So, try them out and let us know how you like them. Also, if you know of any other hyperlapse apps that you use, do let us know in the comments section below.