These software helps you fix driver problems on the fly without the manual chore of finding or identifying the missing or outdated drivers in your system, then finding them over the Internet and downloading and installing them one by one. These tools work almost automatic and helps you save lots of time & efforts, hence improving your work productivity.

DriverPack Solution, one of the earliest driver fixers, automatically detects the outdated drivers in your system and updates them in one go. It’s a time-saving program that relieves you from the hassle of identifying the drivers manually. Moreover, the program offers a simple interface without any distractive options and supports Windows XP & above.

Pro(s): DriverPack Solution offers some of the best features possible:

Con(s): DriverPack Solution isn’t perfect, of course, and lacks these: 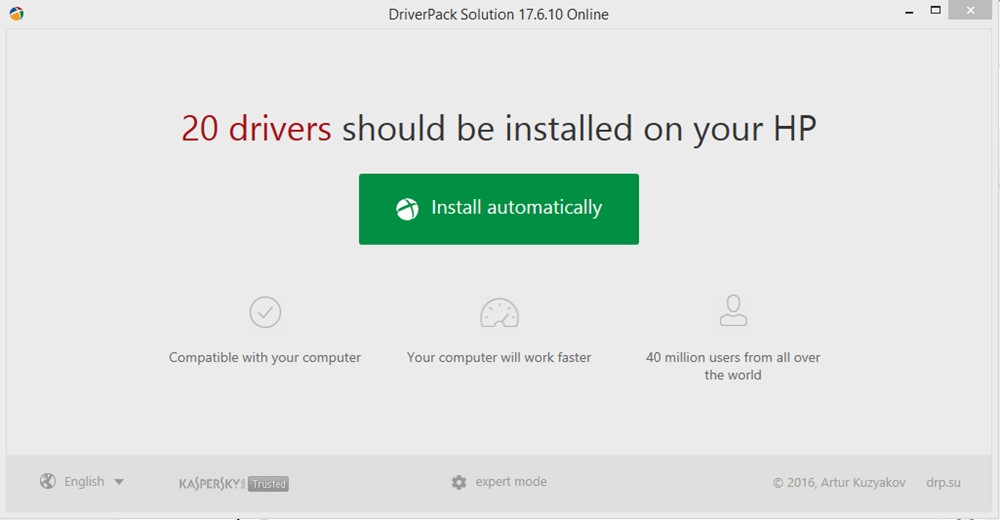 DriverMax is a driver-fixing solution that updates and installs all outdated drivers on the fly. The software scans your PC and detects all the missing, corrupted or outdated drivers. DriverMax even exports all the older drivers stored in your system to avoid them mixing or clashing with the new ones. The tool supports and works on Windows XP.. up to Windows 10.

Pro(s): DriverMax brings some of the interesting features:

Con(s): DriverMax has also some disadvantages for free users like: 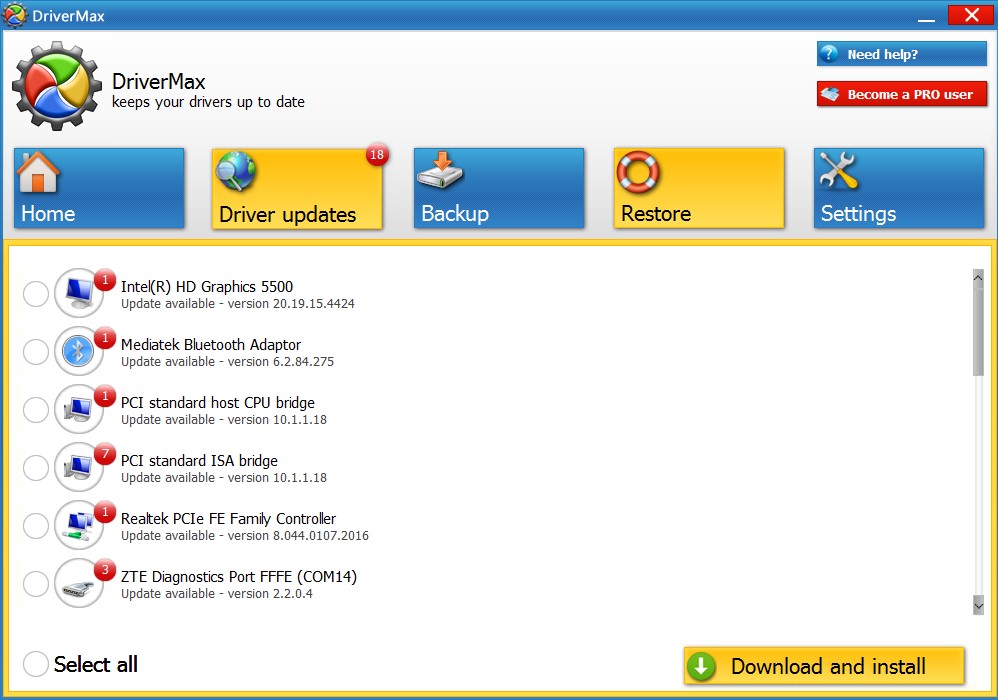 Driver Booster is a fast and efficient driver fixer tool, which keeps your system drivers up-to-date and enhances the overall system performance. Driver Booster supports more than 200K drivers and removes any corrupted or worthless drivers (that cause problems otherwise). It claims to feature one of the largest driver database for Windows XP & above.

Con(s): Driver Booster has also got some problems: 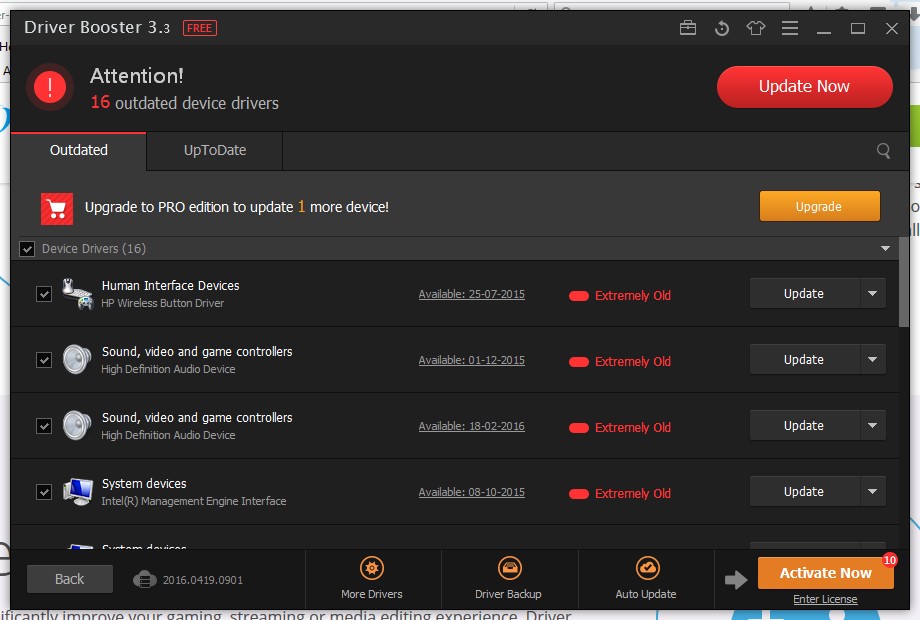 Free Driver Scout is a driver fixer and installer that says to have the largest number of drivers (though it’s not true), and updates your system drivers for free like DriverPack or DriverMax. The tool automatically scans for the outdated and non-working drivers and lets you install them easily and smoothly. Free Driver Scout also lets you backup and restore drivers per your requirements, and it supports Windows XP and later versions. 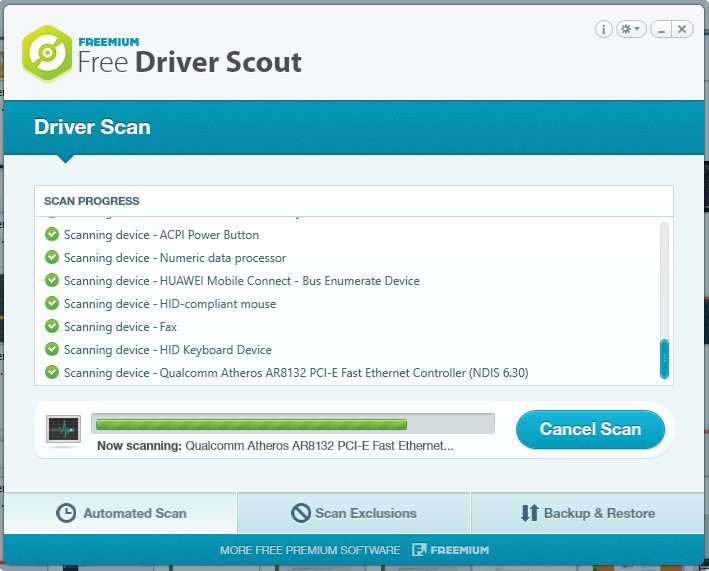 Driver Easy lets you install all the missing drivers and even allows finding them manually on your Windows PC. The program does an in-depth scan to find which drivers are corrupted or outdated and lets you install them. Driver Easy claims to have 8 M+ drivers in its database, which means it’s going to catch and update every possible driver on the system. Also, the app supports all versions up to Windows 10, just like others.

Pro(s): Driver Easy competes with competitors by features like: 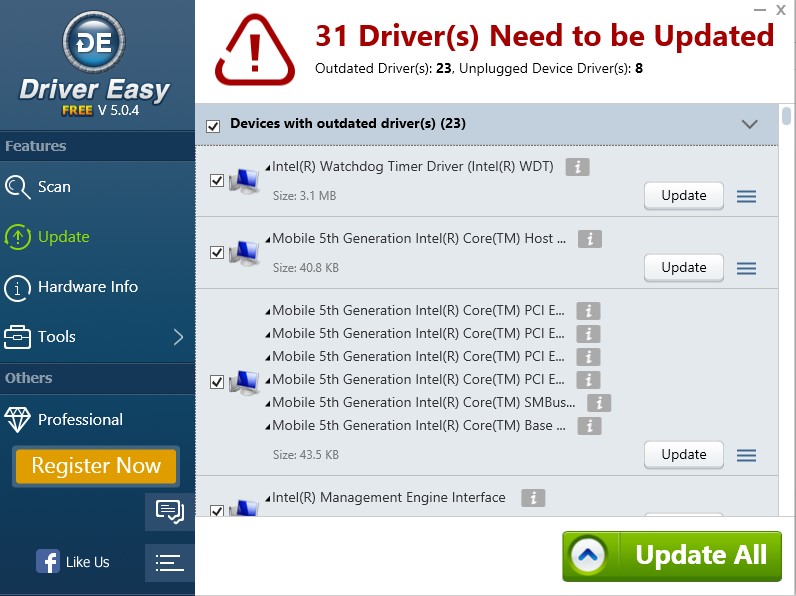 Driver Talent is a driver fixing solution that finds the compatible missing drivers for your PC and installs them easily. Driver Talent also updates your system drivers on the top of the outdated or corrupted drivers, making the system run smoothly. Unlike few of its competitors, it also displays the driver size, release date and version number to ensure you download the correct drivers. Also, it supports all releases starting from Windows XP and Server 2003. 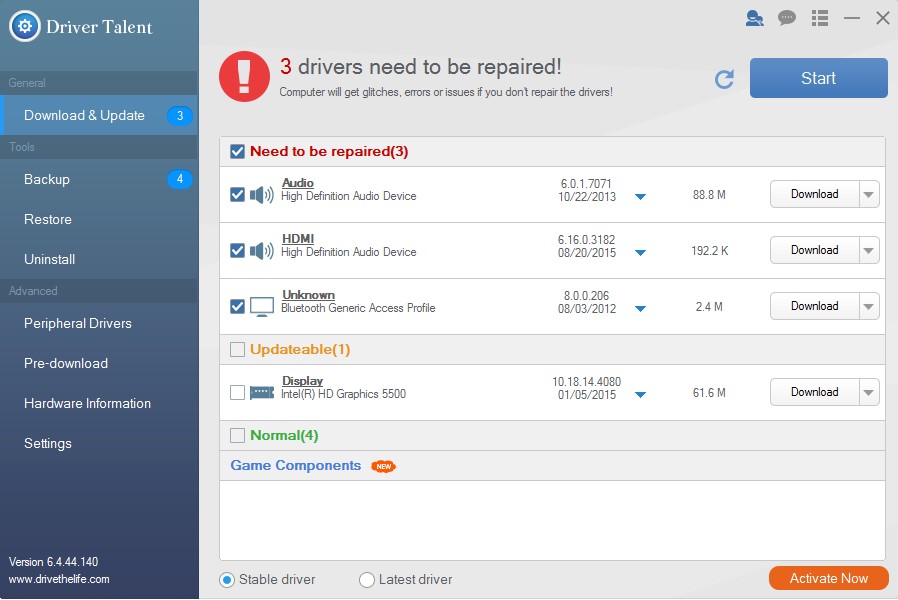 SlimDrivers detects the outdated drivers on your system and also identifies the proper executables for your PC and installs them on the fly. The software finds the latest drivers for your system using its real-time cloud scanning technology for best results. SlimDrivers works only on Windows XP and all later releases unlike Driver Talent. 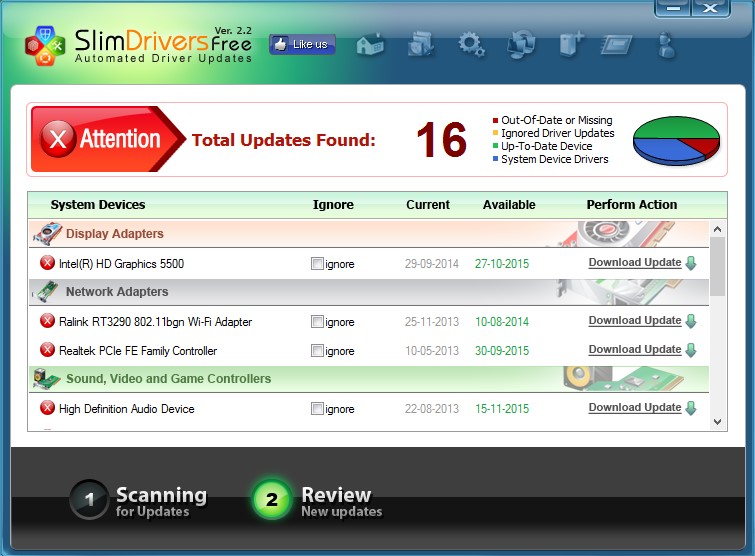 WinZip Driver Updater, a driver-fixing solution having one of the extensive driver databases, scans your PC and finds & installs the outdated drivers. The drivers can be installed with ease and you can also update them manually. Driver Updater offers the genuine drivers from manufacturers, and it runs on Windows XP and above.

Pro(s): Driver Updater brings some nice features from the team behind WinZip: 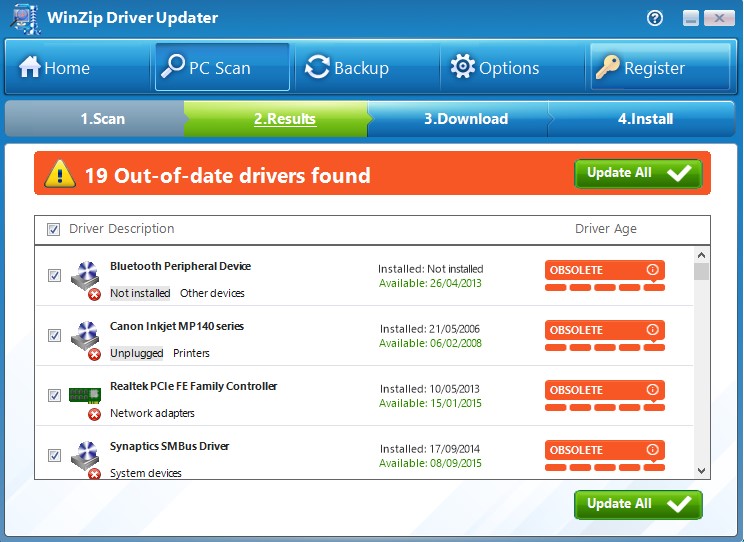 Snappy Driver Installer finds all missing and outdated drivers that prevents you from configuring your hardware and installs them all to get you smooth-performing system. This is a portable tool which can be carried anywhere using flash drives, and it works pretty great on all releases starting from Windows XP and Server 2003 just like Driver Talent.

Pro(s): Snappy Driver Installer has lots of advantages like:

Con(s): Snappy Driver Installer has few disadvantages too like: 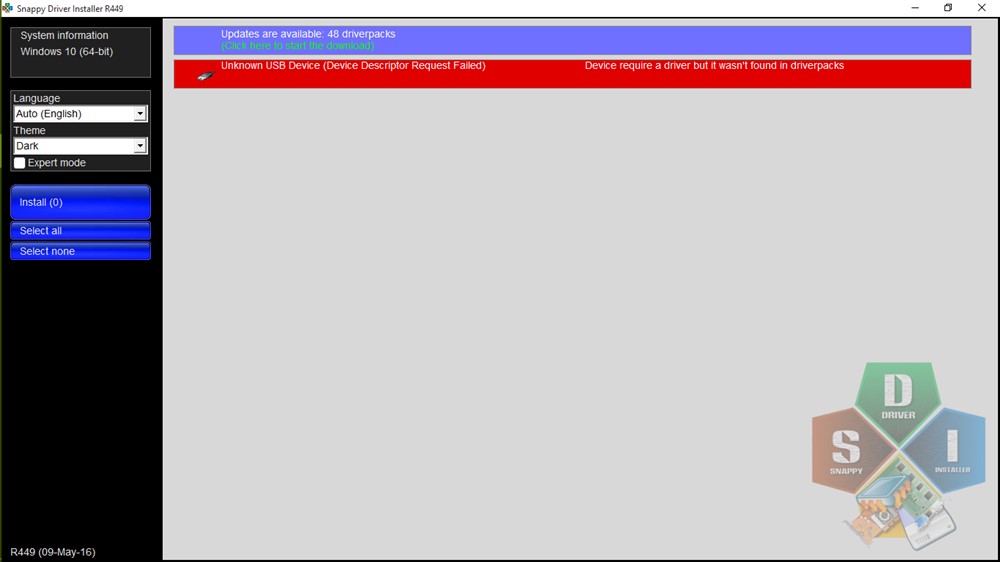 Driver Fighter takes care of your system hardware and finds all the latest and compatible drivers for you. It prevents possible hardware conflicts from damaging your system. This driver updater detects the best drivers flawlessly and keeps your system up-to-date with support for Windows 10, 8.1, 8, 7 and XP.

Pro(s): Driver Fighter is best at some things like: 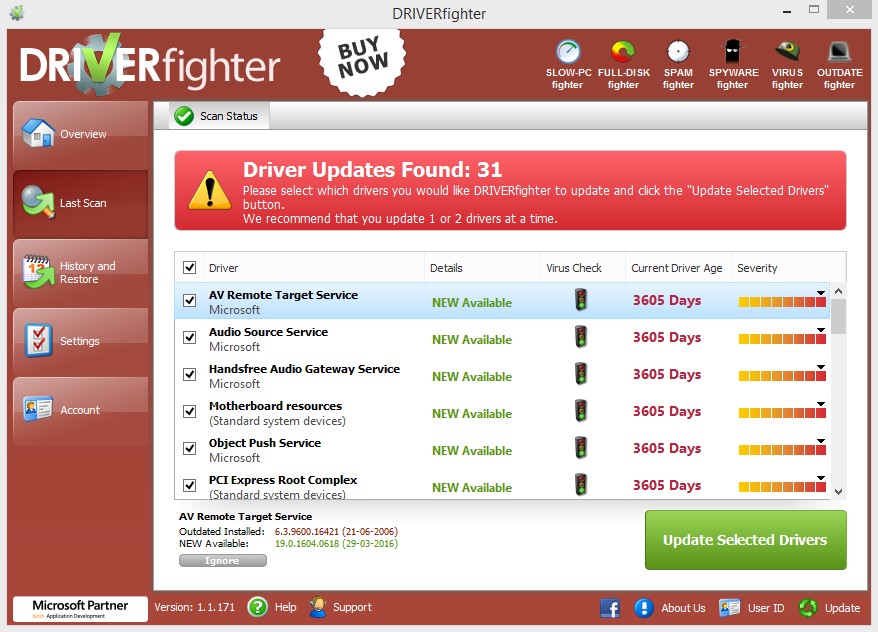 Device Doctor is a free program that scans your system for the outdated drivers and updates them easily. The software claims to have a driver database with over 13 M+ drivers for various devices. It’s a very simple tool that helps you correct majority of hardware problems and supports all Windows versions starting from Windows XP.

Pro(s): Device Doctor has these positive features to share: 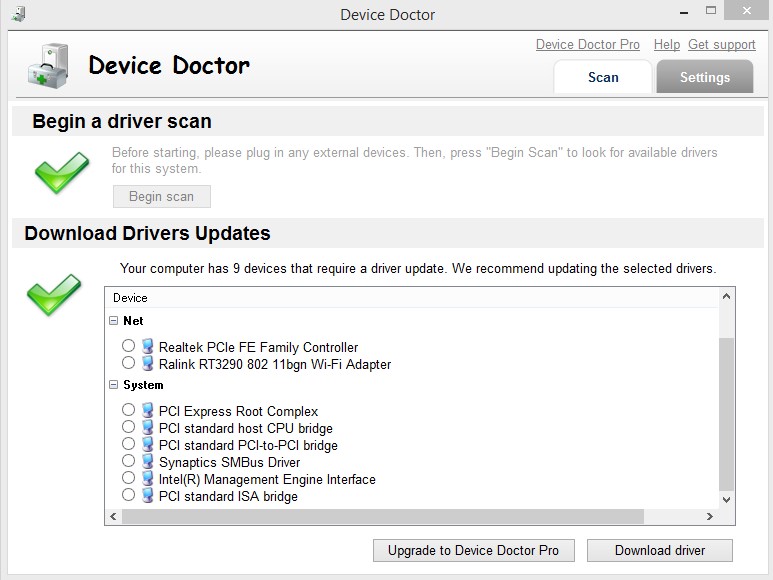 That’s all folks about the best tools to download and install drivers for Windows without paying any bucks. Which is your favorite driver fixer or installer? Please tell using comments.

While Chrome OS is not as feature-packed as Windows 10, this new operating system by Google is certainly much more efficient and lightweight. And...
Arjun Sha - Jan 13, 2020 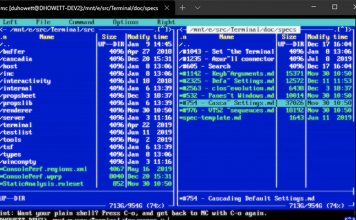 Originally released last year, the Microsoft Windows Terminal app has been getting a steady stream of updates. Now, the company is bringing a new...
Akshay Gangwar - Jan 10, 2020 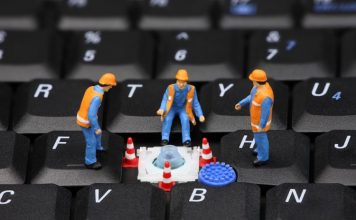 Did one or more keys on your keyboard go missing? Your keyboard would still be usable if that key was either a key that...
Team Beebom - Jan 7, 2020

How to Use Windows 10 Apps on Chromebook Using Wine

Many argue that Chromebook is not a complete machine and it panders to people who have limited use-case. Frankly, that is true to some...
Arjun Sha - Jan 6, 2020 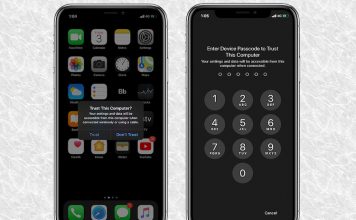 ‘Trust This Computer’ Alert Not Showing Up on iPhone? Here’s the Fix

Whenever an iPhone or iPad is connected to a computer for the first time, a popup appears on the screen asking users whether they...
Rajesh Mishra - Jan 3, 2020