If you’ve ever jailbroken an iOS device before, be it an iPhone, an iPad, or an iPod Touch, you’ve probably already heard of Cydia. In case you haven’t, Cydia is a package manager app for iOS which allows you to install apps that are not available on the App Store, modifications of apps available on the App Store, and apps specifically designed to allow customization of the operating system. Up until now, Cydia used to be the go-to app for anyone looking to install off-market software on iOS devices, but now users will have to look elsewhere as Cydia’s developer Jay Freeman has officially confirmed its demise. So, if you’re on the lookout for some great Cydia alternatives, check out this list of 10 apps that you can use to install off-market apps and modified software on your iOS device.

Best Cydia Alternatives You Should Try in 2020

Let’s kick off the list with TweakBox, a great Cydia alternative that doesn’t require you to jailbreak your iOS device and provides a reliable, fast and secure way to download off-market apps. With TweakBox, you’ll be able to install paid App Store apps for free, TweakBox apps that will allow you to download emulators, movies and music, and tweaked App Store apps like Spotify++ and YouTube++ that offer increased functionality. You’ll also find free hacked games on the platform, but I’d recommend you to stay away from those as they might get you permanently banned. TweakBox is compatible with virtually all iPhones, iPads and iPod Touch devices. 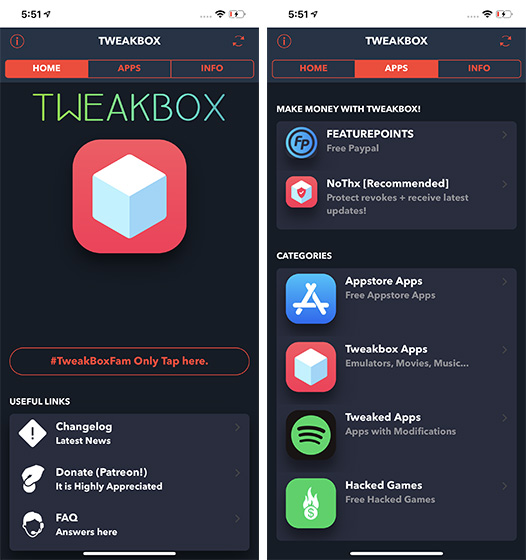 Zestia Step is another one of the best and most updated Cydia alternatives out there that doesn’t require you to jailbreak your iOS device. The app is fairly easy to install and works on a wide variety of iOS devices, even ones running iOS 12. Unlike Cydia, you can install Zestia Step on your iOS device without first connecting to a PC or Mac, making it really simple to use. However, do keep in mind that even though Zestia will allow you to install a number of apps that you won’t find on the App Store, its functionalities are a bit limited when compared to Cydia. 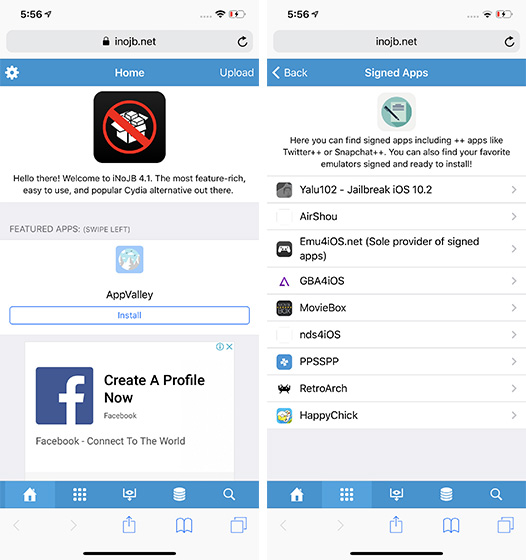 Emus4u is another Cydia alternative that allows you to install off-market apps on your iOS device without jailbreaking it first. The app includes multi-device support, offering a single installation package that automatically adjusts to the device and OS you’re using. Emus4u is quite easy to set up and it has a rather simple user interface, which means that those of you who haven’t used such apps on your iOS device before will be able to breeze through the setup and installation process in no time. Emus4u is packed to the brim with amazing features, including a comprehensive screen recorder, a junk cleaner, along with the usual bunch of modified apps that you wouldn’t find on the App Store. 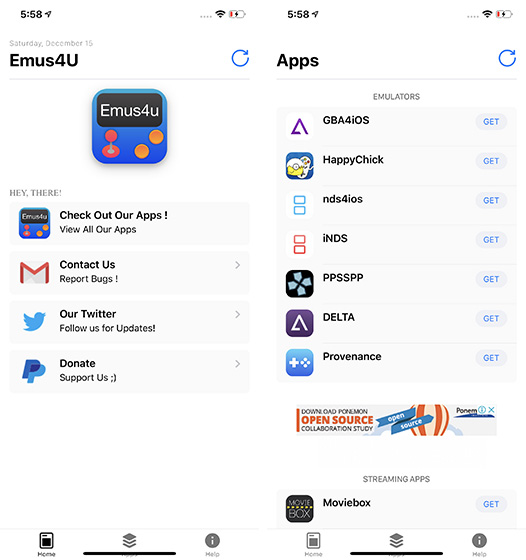 AppEven is a third-party app store that you can download on your iOS device and install off-market apps that aren’t available on the App Store. The app also doesn’t require you to jailbreak your device first and it’s fairly simple to install. Support is limited to iOS 9, iOS 10, iOS 11 and iOS 12 devices, so if you’re still running a device running an older version of the operating system you won’t be able to install AppEven on your device. Once again, AppEven offers limited functionality because of the lack of a jailbreak and the selection of modified apps on the platforms is also fairly limited. 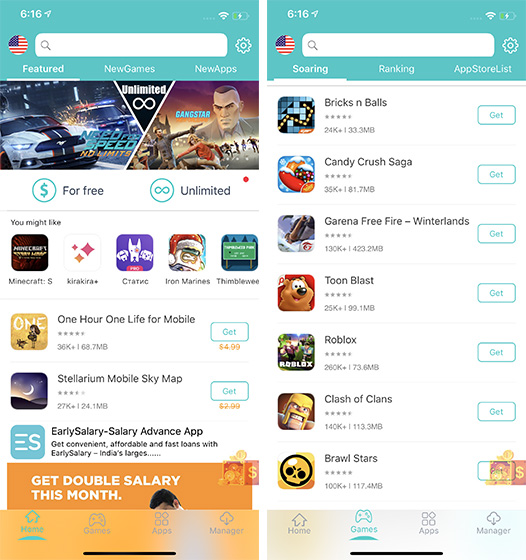 AppValley is another great third-party app store that you can install on your iOS device if you’re on the lookout for a Cydia alternative. The app allows you to download and install modified versions of popular apps, that give you a bunch of additional features over the native app. On AppValley, you’ll find modified versions of apps like WhatsApp, YouTube, Spotify, NBA, and a lot more, that offer a ton of useful features that you won’t find on the stock versions of these apps. 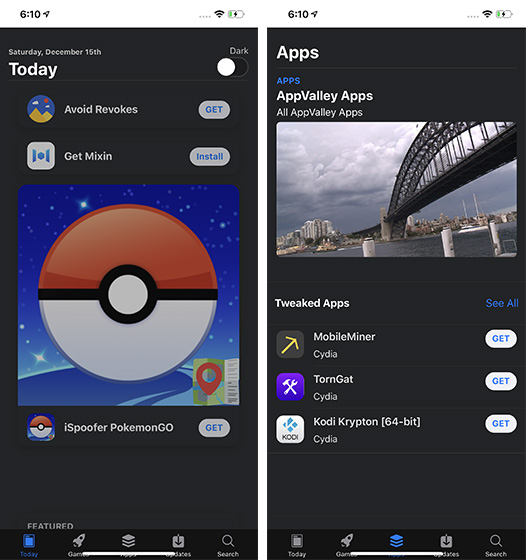 Rounding off the list is Asterix Installer, a third-party application installer for iOS devices that can be used as a Cydia alternative without jailbreaking your iOS device. The platform offers a wide variety of tweaked/modified apps that pack in a ton of useful features that you won’t find on the stock apps that you’d download from the App Store. You can even download paid apps for free using Asterix Installer and it even has a decent selection of customization apps that will allow you to personalize your iOS device. 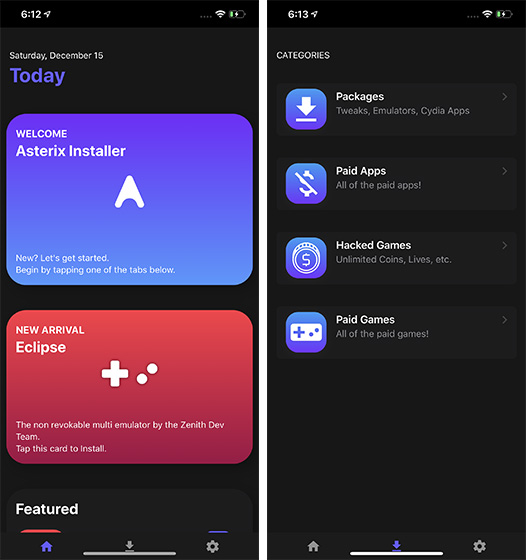 Though Sileo might not be as feature-packed as Cydia, it promises to be an able alternative to the latter. As of now, the “Electra Jailbreak” team is working behind it to make it a top choice for the jailbreak community. One of the notable features of this app is the full support for 64-bit devices. That means you can use it in iOS 11, 12, and even the latest iOS 13 version. What’s more, the developer has said that it might support the upcoming iOS 14 as well. So, I’m keeping my fingers crossed! 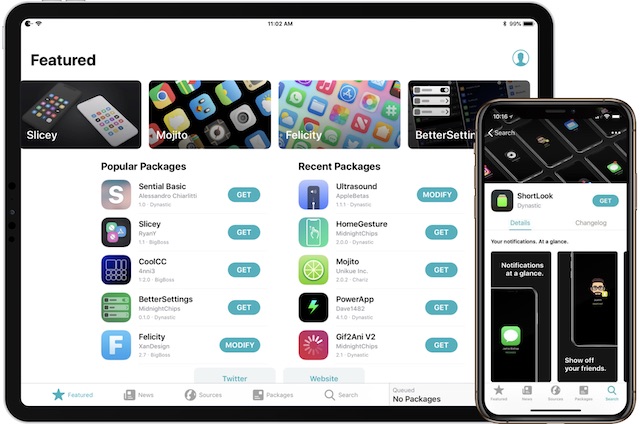 As compared to many other notable rivals, Panda Helper is relatively new. However, it’s got most of the basics covered to be a great unofficial app installer for iPhone and iPad users. One of the highlights of this cool Cydia alternative is a huge collection of apps, games, and themes. So, it doesn’t matter whether you are fond of exciting games or super handy apps or love impressive themes for full-on customization, chances are pretty high that Panda Helper may win you over. Furthermore, it also offers full SSL encryption to safeguard your information. 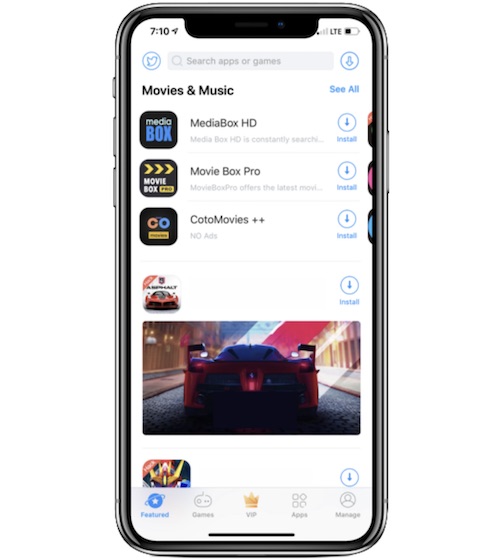 For those looking for a feature-rich Cydia alternative, CokerNutX appears to be one of the better options. So, what gives it an edge over other apps claiming to be viable Cydia replacements? Well, the app has got probably the biggest collection of apps in the market. From popular hacked games to the paid games for free, it’s got all the boxes covered. On top of all, CokerNutX is much easier to install as you won’t have to take the help of developer tools like Xcode to install this app. So, the next you want to cash in on all the cool apps without having to shell out anything, don’t fail to miss out on CokerNutX. 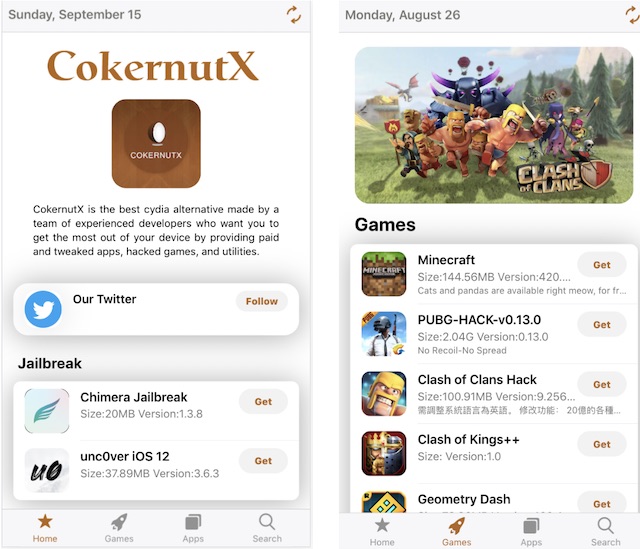 Even though Cydia is now officially dead, there are still some options you can try to install off-market apps and use hidden features on your iOS devices. The aforementioned Cydia alternatives might not be the most ideal replacement for Cydia, but they offer a great set of features and you can mix and match a couple of these apps to emulate the same results that you’d achieve with Cydia. Have you tried any of these Cydia alternatives before? Which one out of the list is your absolute favorite? Let us know in the comments section below.