Best Android Emulators for Mac in 2019

Bluestacks is one Android emulator that almost every one has heard of. It is an easy to install emulator. You just download the emulator on your Mac, and install it. That’s it. There’s no other set up required. Bluestacks automatically uses the network that your Mac is connected to, and it comes with the Play Store built-in, so you can directly start downloading apps. Also, if you have the APK file for an app, you can simply double click on it, in your Mac, and it automatically installs in Bluestacks. So, you don’t even need to worry about transferring the APK file from your Mac to your emulator. 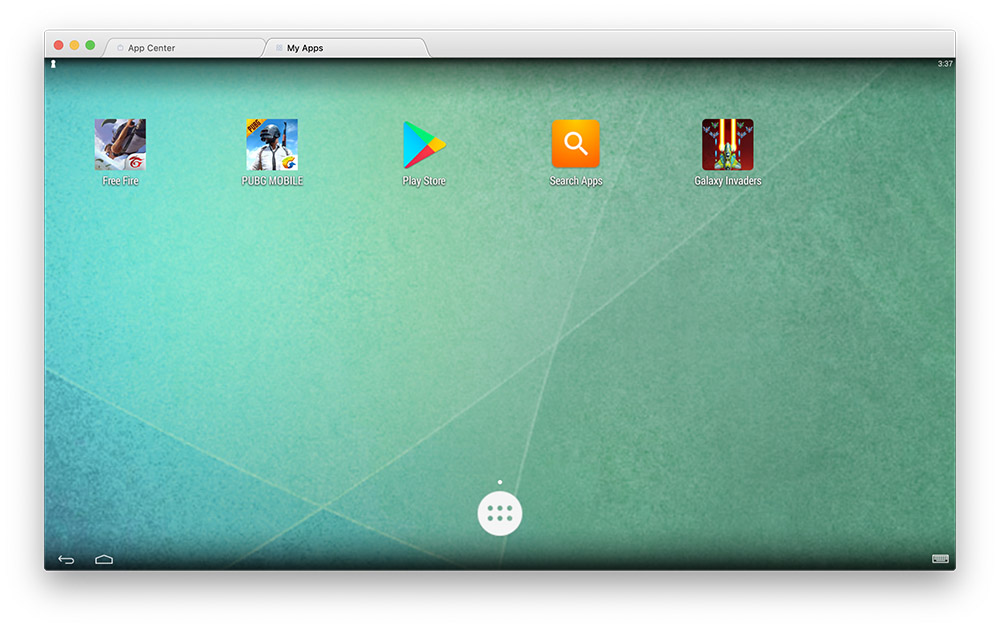 Apart from all that, Bluestacks allows users to live stream to Twitch, making it easier for gamers to live stream their games to their Twitch followers. It also supports standard, non game apps. So, you can install your favorite chat clients on Bluestacks and chat directly from your Mac, without having to deal with picking up your phone, every time a notification pops-up. The emulator also supports multi-tasking, just the way that Android supports it, so you can get a true Android-like experience on the emulator. For me this is one of the best if not the best Android emulators for Mac one can use.

Nox App Player is an Android emulator with wide support for games. To begin with, Nox App Player lets you drag and drop elements like a joystick or specific buttons which you can use to play games like PUBG Mobile, Garena Free Fire, and similar FPS games. Besides assigning controls to apps, you can customize the performance settings of the emulator and assign the maximum amount of RAM or number of CPU cores you want it to utilize while running Android applications on your Mac. Additionally, you can also customize the resolution of the interface as well as use the inbuilt macro recorder to record what’s on the screen of virtual Android device. Lastly, you can also install Android apps directly by side-loading APK files using the inbuilt option, which makes Nox one of the most preferred and useful Android emulators for Mac. 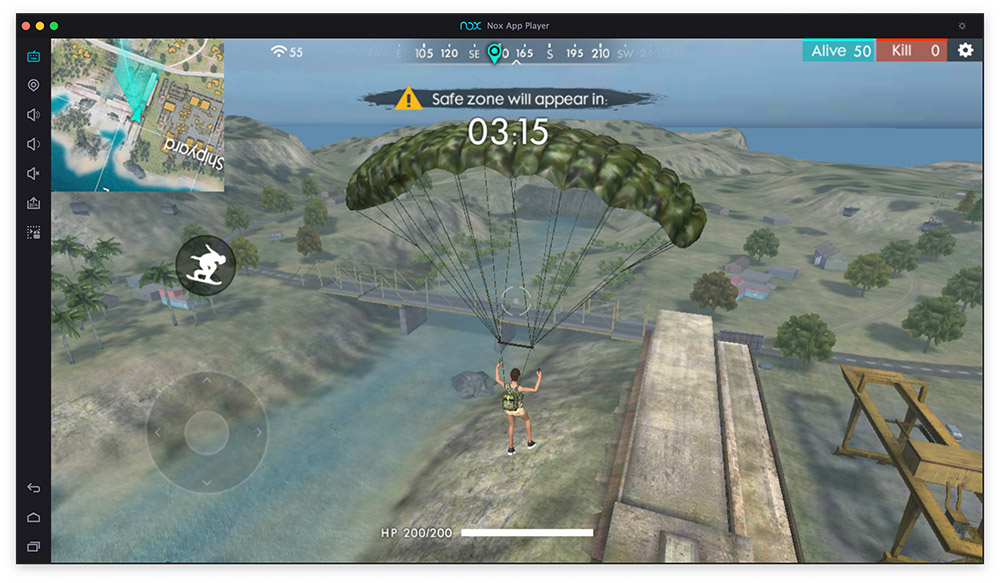 Genymotion is a wonderful Android emulator for Mac. It is basically aimed at developers, and it offers features that will appeal the most to people who want to develop apps for Android devices. Genymotion will allow you to emulate 40 different types of Android devices, and gives you access to all versions of Android. Also, for developers, it allows unlimited app installations. The emulator integrates with macOS, and can use your laptop webcam as the Android emulator’s camera, so you don’t need to set all that up. 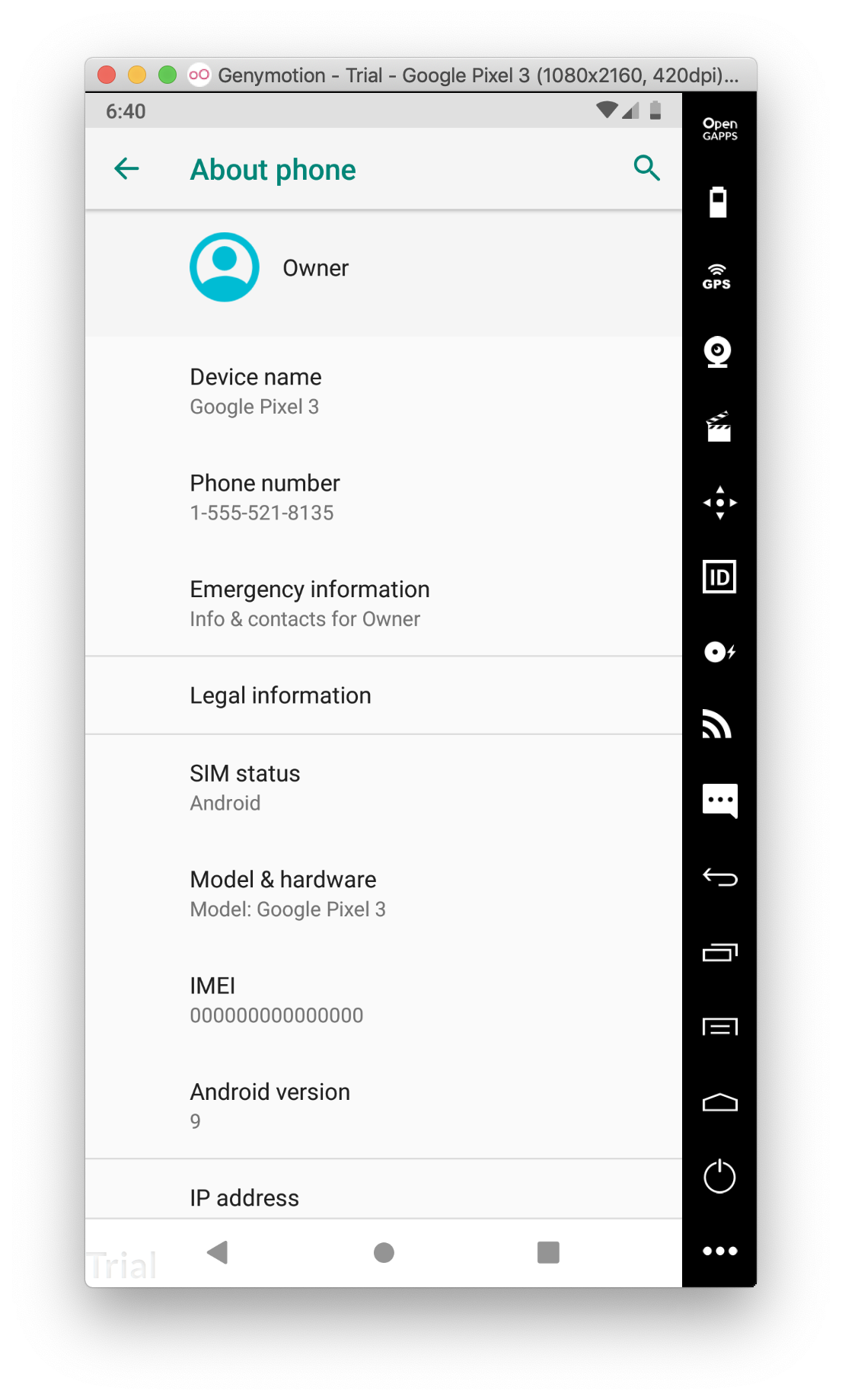 Most of the emulator’s features are built with developers in mind, which is why the emulator boasts of features such as compatibility with Eclipse, Android Studio, and Android SDK tools. It also allows you to change the battery level of the emulator, so you can test your app’s response to various levels of battery.

The emulator supports multi-touch, and sensors like accelerometer, and gyroscope. It also supports unlimited screencasts, which will allow you to record smooth video of the emulator (along with audio, if you want).

MuMu is another Android emulator that works wonderfully well for apps as well as games, with the only caveat being the emulator itself is in Chinese. You can, however, change the language of the Android interface from the Settings of the virtual Android machine. Just like other options, you can assign game actions by dragging and dropping controls over the designated buttons and assign the maximum resource (CPU and RAM) consumption. To make it easier to control the interface, each app appears in a new tab, thereby eliminating the need for a Recents button or menu, although you can install a custom button or a third-party launcher on top to enable the feature. Overall, if you can work your way around with the interface in Chinese language, MuMu Player is an excellent Android emulator for running apps and games on Mac. 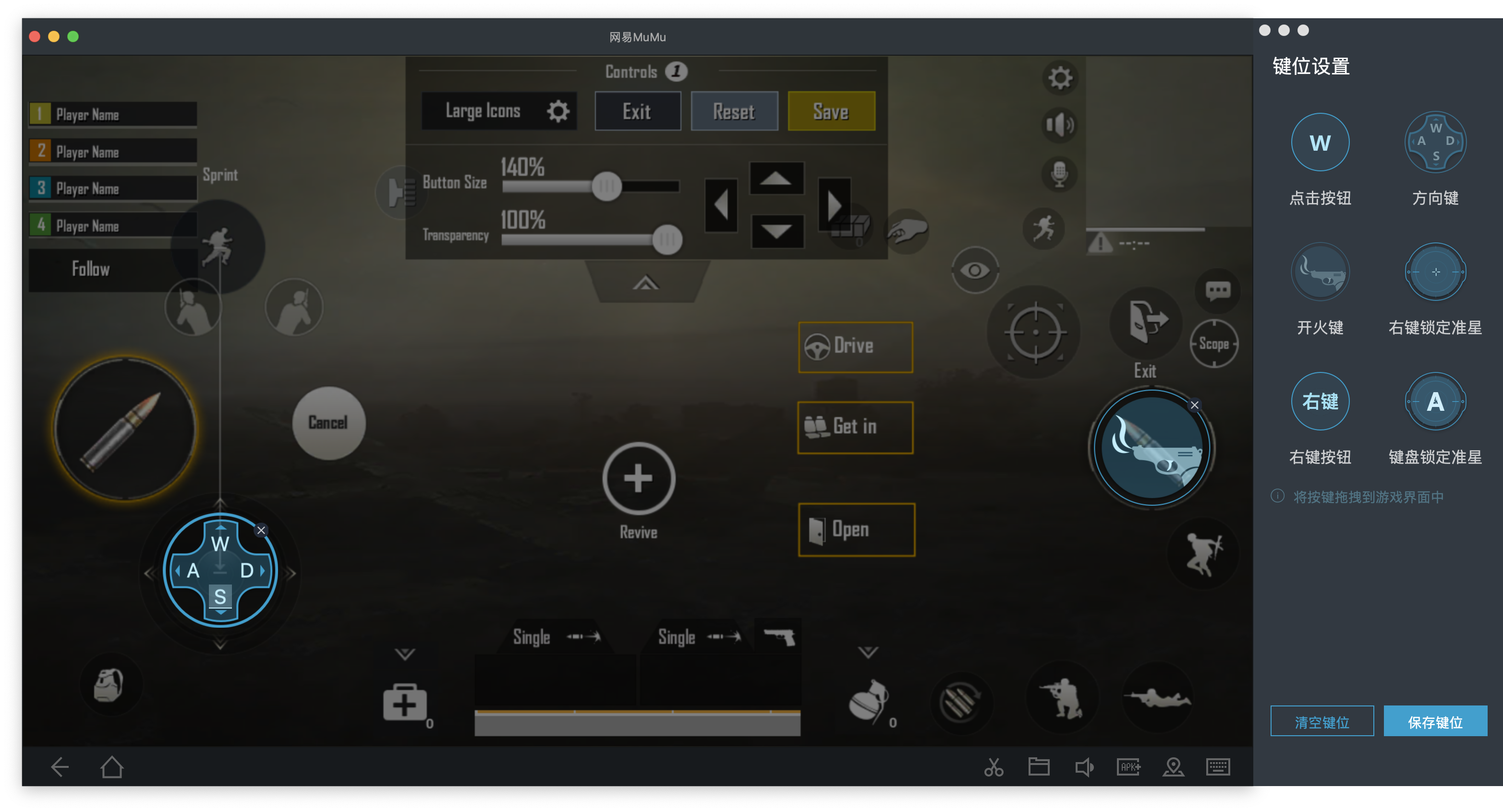 Andy is a simple and easy-to-control Android emulator that is useful for testing light Android apps. The navigation bar rests at the bottom of the interface alongside toggles for screen rotation, microphone access, keyboard controls, and the hamburger menu. However, if your usage is limited to basic apps like those for messaging, Andy will be a useful Android emulator for Mac. There are some trade-offs with Andy including that the emulator comes with bloatware and does not have a lot of options to customize your experience. Further, it runs on an archaic version of Android i.e. 4.2.2 Jellybean, which means that you can only run basic apps. However, you can use the keyboard to navigate through the interface, something which is not supported by any of the above emulators, so this feature can be really useful. 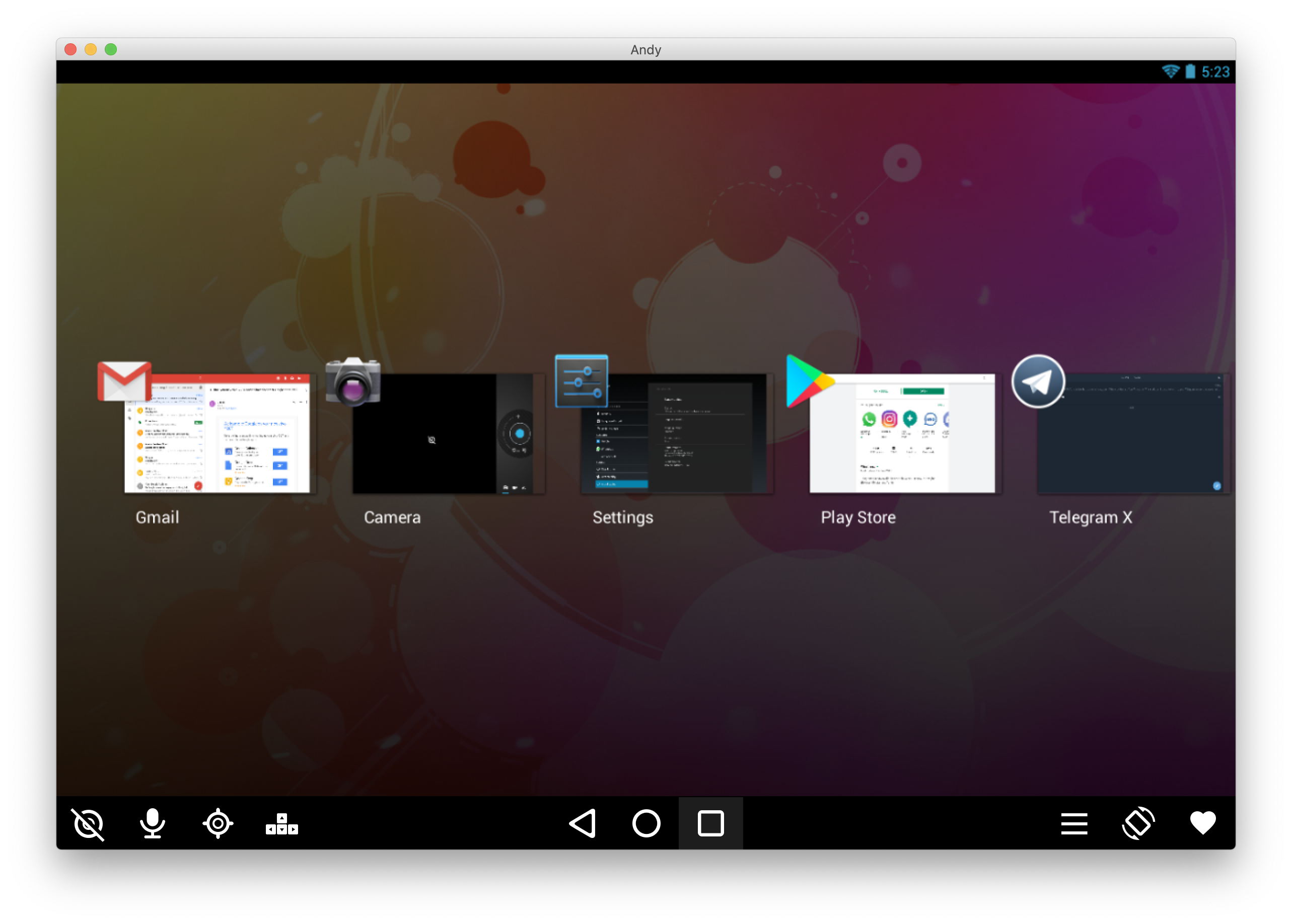 Unlike the other options on this list, Appetize lets you run basic Android (and even iOS) apps directly on the web without actually installing any app on the desktop. This allows you to run Appetize in any web browser and with no restriction of the operating system. While you cannot use Appetize to run Android games on your Mac, it is a great and appetizing solution enabling you to test any app you might have built. You can start by uploading the APK file or sharing the URL to the directory containing the file, wait for it to load, and then run it. Once the app loads, you can control things like the resolution of the device to be used for testing, the Android version, or toggle ADB bridge and USB debugging on or off. 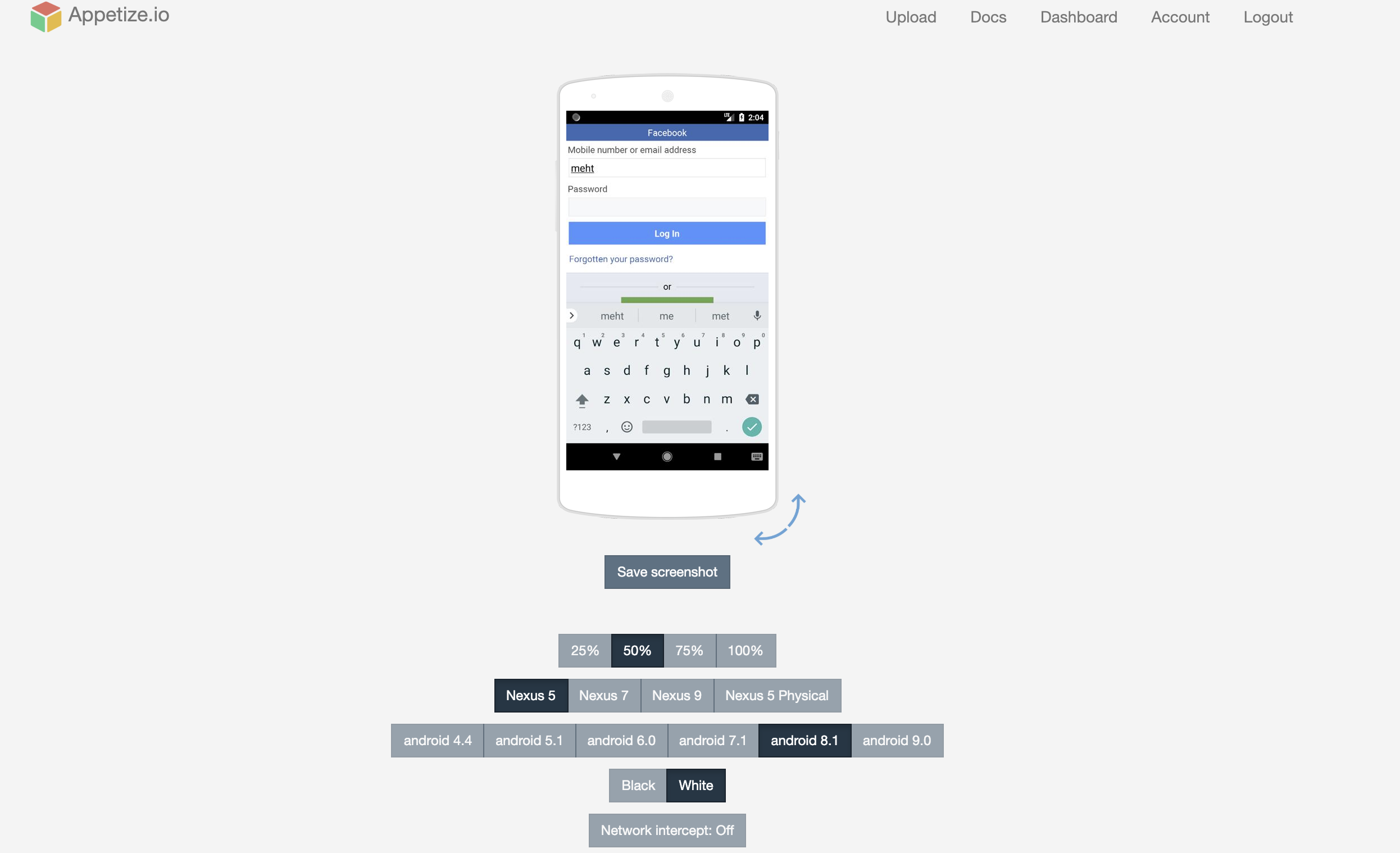 Appetize is free for one user who can use the online app for 100 minutes each month. For more, users will be required to purchase paid plans starting at $40 a month.

These Android emulators for macOS give you the flexibility of evaluating as well as enjoying Android apps until you feel contented. These emulators are vital tools for not only Android developers but also enthusiasts and experimenters who want to be ahead of the curve or run multiple instances of the same app on different devices.

If you face any issue with these emulators on your Mac, do let us know. Also, if you know of another good emulator that we may have missed out on, feel free to comment with your suggestion below.