Beebom
Home How To How to Disable Ultra Wideband Chip on iPhone 11/11 Pro to Prevent...

Following security expert Brian Krebs’ sensational revelation in December last year that the iPhone 11 Series devices access location data even when a user has enabled the privacy setting to avoid sharing the information, Apple came out with detailed clarification stating it’s due to the new ultra-wideband technology. Feeling the heat from all corners, the tech giant also promised that it would soon offer a way to disable ultra-wideband chip on iPhone 11, 11 Pro, and 11 Pro Max. Expectedly, the company has introduced a straightforward way to stop UWB location tracking on the iPhone 11 Series devices in iOS 13.3.1. If you are concerned about privacy and want to turn it off, let me walk you through quick steps!

Before going on to turn off the U1 chip, it would better to know how this new technology works.

Well, U1 stands for ultra-wideband (aka UWB, ultra-wideband, and ultraband) and is basically a radio technology. What makes it so user-friendly is the ability to use a very low energy level for short-range and high-bandwidth communications. With the help of this chip, the latest iPhones can locate and communicate with other U1-enabled devices with more precision. And that too without the need to bounce a signal to satellites or cell towers.

U1 chip is also said to enhance spatial awareness and plays a vital role in making AirDrop work with more efficiency in iOS 13. In a nutshell, you should think of it as GPS at the scale of your living room. Considered to be a more efficient form of Bluetooth, Apple is likely to implement the U1 chip in the rumored Apple Tag (Tile alternative) for finding lost or misplaced objects.

Being an industry-standard technology, ultra-wideband technology is subject to international regulatory requirements that need to be disabled in some locations. With the help of Location Services, iOS determines whether the iPhone 11 devices are in these prohibited locations so that it can turn off the ultra-wideband and comply with the regulation. And this is where this feature errs in line, even though it does it to improve user experience.

According to Apple, the entire management of ultra-wideband compliance and its use of data happens on the device. And the company clearly states that it doesn’t collect user location data. So, there doesn’t seem to be a threat to one’s privacy – at least going by the explanation.

Will Turning off Ultra-Wideband Affect Your User-Experience?

The straightforward answer is yes. It will affect localized communications between two compatible devices. Besides, it will also have an impact on spatial awareness and AirDrop. So, keep these trade-offs in mind before disabling this feature.

Now that you have got a good hang of this new tech, it’s time to find out how you can disable/enable it on your own terms.

Note: As mentioned above, this new feature is available in iOS 13.3.1 which is in beta right now. So, make sure your device is running the right iOS version.

1. Open the Settings app on your iPhone 11 Series.

3. Next, tap on Location Services.

4. Scroll down and tap on System Services.

5. Next up, turn off the switch for Networking & Wireless.

6. A popup will appear from the bottom of the screen saying, “Turning off location for networking and wireless may affect Bluetooth, Wi-Fi, and Ultra-Wideband performance.” Tap on Turn Off to confirm. 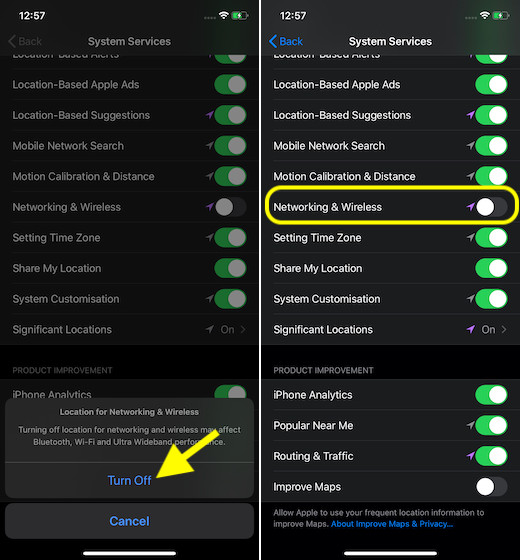 That’s pretty much it! Going forward, iOS won’t access your location data when you have configured your device to avoid sharing the information. Later, if you ever wished to change your mind, return to the System Services setting and then turn on the switch for Networking & Wireless in the end.

So, that’s how you can take control of this security and privacy feature. While I’m pleased with Apple’s detailed explanation and the subsequent release of the toggle to disable U1 chip, I would have been happier had the tech giant done it beforehand rather waking up after a revelation. It’s the third instance (the other two being slow down of the old iPhone and Siri audio grading program) in recent times where the iPhone maker had to rush to make amends for damage control. Are you pleased with Apple’s clarification and this new feature? Toss up your views in the comments below. 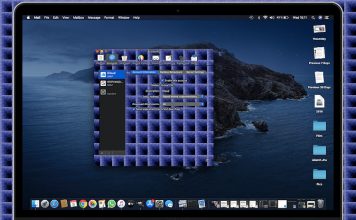 An extra layer of safeguard for personal information has become the order of the day in the backdrop of ever-looming hacking and pervasive spamming....
Rajesh Mishra - Apr 8, 2020 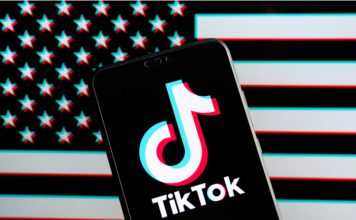 15 Best Tips and Tricks to Use TikTok Like a Pro

When the mood is on for some instant refreshment, fun-loving lip-syncing videos seem to be the go-to remedy for many. And speaking of bite-sized...
Rajesh Mishra - Apr 7, 2020 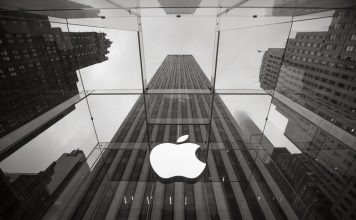 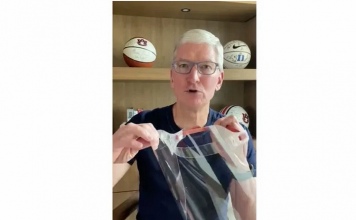 In a video posted on Twitter over the weekend, Apple CEO, Tim Cook, revealed that the company has sourced more than 20 million face...
Kishalaya Kundu - Apr 6, 2020 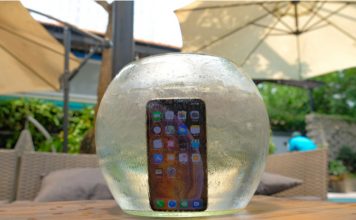 Apple started providing certified water-resistance only since the iPhone 7 and 7 Plus models. Since then, the Cupertino-based tech giant has kept the standard...
Beebom Staff - Apr 5, 2020