Skip to content
Home Internet Apple Translate vs Google Translate: Which Is Better?

We have added anchor links in the list above. You can click on the items to quickly move to the sections that interest you the most. Also, while reading this comparison, keep in mind that Apple Translate is currently part of the first iOS 14 Developer Beta, so features might be added before the final release. Also, if you want to see what other features iOS 14 brings, click on the link to read the article.

With all that said, let’s get to our comparison, shall we?

As far as User Interface is concerned, I like Apple’s approach better. Not only the UI is cleaner, but it’s also easy to use. You get two buttons at the top where you can select languages, a middle section that shows the translation, and a bottom field where you can either type or speak the lines you want to translate.

While Google Translate is also easy to use, I found Apple’s design language more pleasant to use. One thing that I like more about Google Translate is the copy button that lets you easily copy translated text. In Apple Translate, you have to hold and select the text as you do anywhere in the iOS UI. It’s not hard, but it’s also not as easy as Google’s offering.

Overall, I feel that anyone can get accustomed to using both these apps in minutes. So I won’t give this point to either service. It’s just a matter of personal preference. I prefer Apple’s execution, but you might lean more towards Google’s design language. The good thing is that both apps are easy to use.

This is the section where Google Translate wins hands-down. Since Apple has just launched this new translation app, currently, it only supports 11 languages. These are Arabic, Chinese, English, French, German, Italian, Japanese, Korean, Portuguese, Russian, and Spanish.

On the other hand, Google Translate supports most major languages in the world. Currently, you can translate between 103 languages, a feat that Apple will need at least a few years to even come close to beating. That said, there are nuances that you should keep in mind. 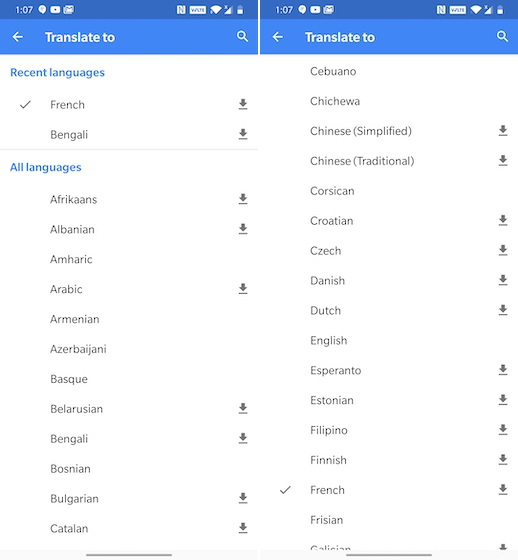 Out of 103 supported languages, only 43 languages support bilingual conversations on the fly. While it is still more than Apple’s 11 languages, you should keep this in mind. The 103 language support is for text conversion and not real-time conversation translation.

Apple Translate has launched with 11 languages with support for both text and bilingual conversations on the fly. And Apple will add more languages in the future. That being said, we are doing the comparison now, and not in the future, so Google wins this round.

This was a hard feature for me to test. It’s because Apple Translate doesn’t support any Indian languages right now. So, I didn’t know how accurate the translations it gave were. Also, since the accuracy of translation can change depending on the language you are using, it becomes hard to determine the overall accuracy of any translation app. 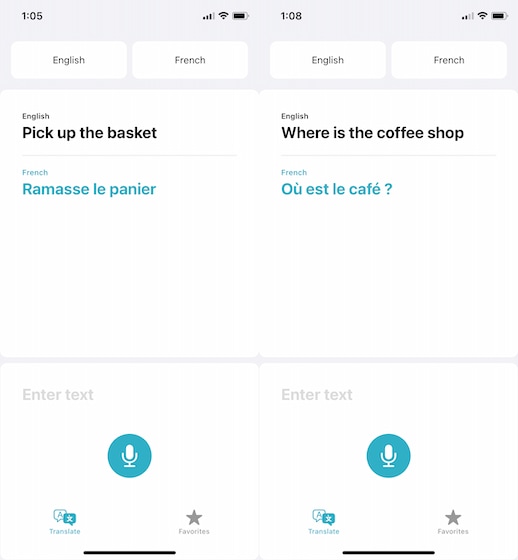 So, I called my friend who is well-versed in French and German, and asked him to help with the tests. According to him, both Google Translate and Apple Translate were on-par with the results. While both the apps made mistakes, they were good enough to allow you to have a simple conversation with a person in other languages. 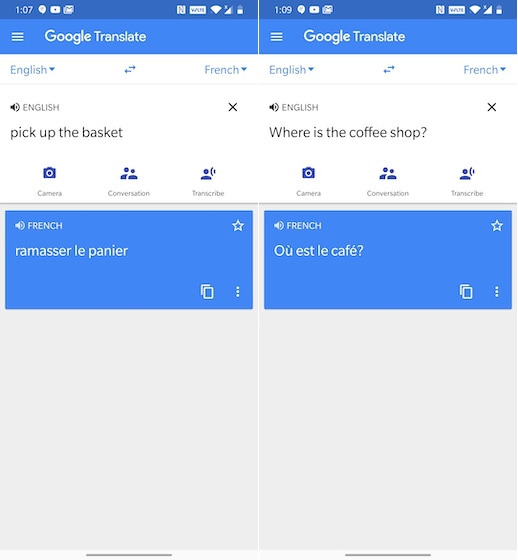 I think Apple has done a commendable job with its first iteration. And Google has always been the one to beat when it comes to on the fly translation. So, I am not going to award winners here. I don’t have a big data set to justify that kind of stance. All I can say is that they both work fairly well, and you will be able to express simple to moderately complex ideas using them.

Google Translate supports offline translation for 59 languages out of its 103 supported languages. Like Apple Translate, you will need to download the language packs by tapping on the download button. Yet again, Google wins this round.

Since Apple Translate is a newbie, it’s quite bare-bones in its feature set. You can either type or speak text to translate. Google Translate on the other hand has been around for years and offers way more input options.

Apart from text and speech, you can also translate the text inside images by capturing or importing photos (works with 50 languages). It also supports handwriting recognition, thus allowing you to draw text characters instead of typing (works with 95 out of 103 supported languages). 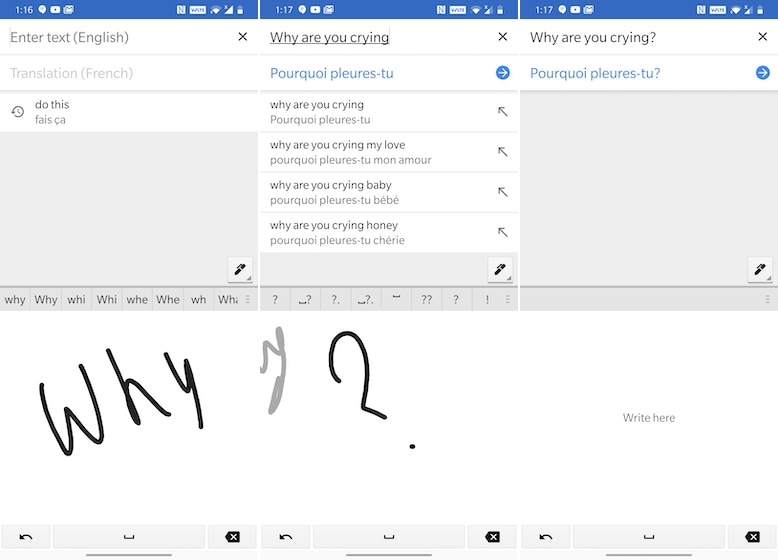 Both Google and Apple Translate allow you to favorite phrases, making it easier to access the most used phrases. But, Google also syncs the phrasebook between app and desktop, which gives it a leg up, as Apple Translate doesn’t seem to have a desktop app right now. I also love the copy button that lets me easily copy the translated phrase. 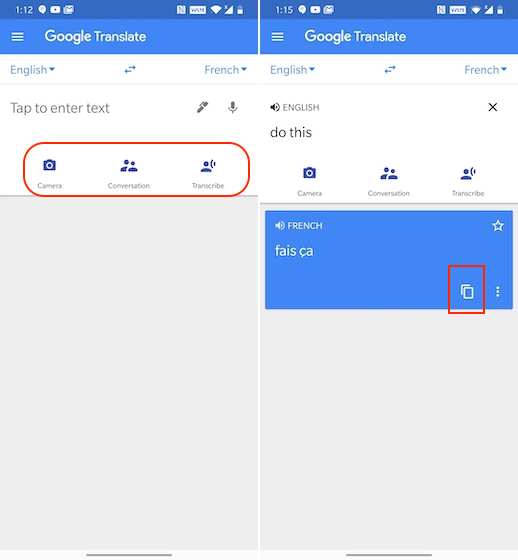 Q. What is the most accurate translation app?

This is a hard question to answer as accuracy varies depending on the languages that you are using. That being said, Google Translate offers the best translations for the most number of languages, so it might be the one.

Q. Is there a better app than Google Translate?

Currently, there’s no better app than Google Translate. But Apple Translate is very good, and as more and more languages are supported in the future, it will give a serious completion to Google.

Q. What is the best real-time translator?

iTranslate is a third-party translation app which is free to download and use with restrictions. You will need to buy the pro version ($4.99/month) to unlock all its features.

Q. What is the best voice translator App?

It’s clear that while Apple Translate is an excellent translation app, Google is still the king here. It not only supports more languages but also offers more input options. It also works cross-platform which is a huge benefit.

That being said, if you only use Apple devices and your needs are met with 11 supported languages, I don’t see why you need to switch to Google Translate. The biggest flaw of Google Translate is the privacy concerns that come attached with any Google Product.

So, if you don’t want to offer your data to Google, and are happy with Apple’s limited offering, stick with Apple Translate. For the rest of the world, Google Translate will still make a better travel companion.

How to Use Apple Translate App in iOS 14