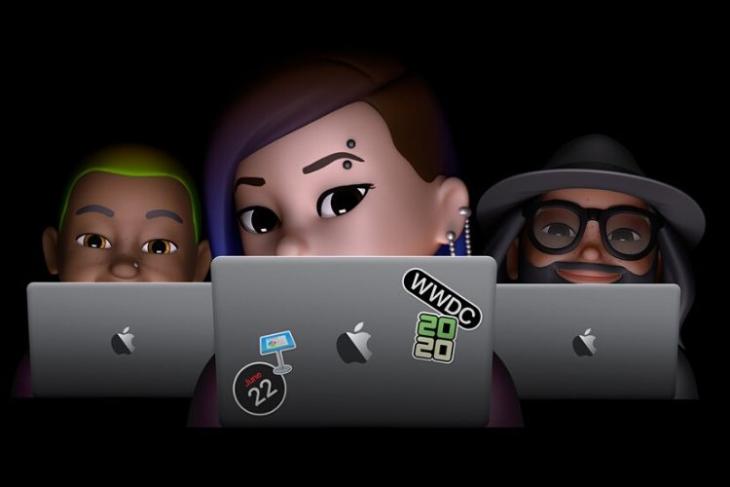 Apple is all set to hold its first-ever digital-only WWDC 2020 developer conference in exactly 10 days – on 22nd June. It announced the dates earlier last month and today, Apple has shared the schedule for the launch event, including the keynote details.

The company did not reveal anything about the keynote but as we all know that it will shed light upon its next-gen softwares, including iOS 14, watchOS 7, iPadOS, macOS, and more. Rumors suggest iOS 14 will introduce home screen widgets, dedicated AR app Gobi, and the option to try out apps before installing them – same as Google Play Instant on Android.

Apart from the keynote, the conference lineup also includes “Platforms State of the Union timing, and information on how developers can learn about the future of iOS, iPadOS, macOS, tvOS, and watchOS, and engage with Apple engineers.” The conference runs from June 22 to June 26, for those unaware.

The ‘Platform State of the Union’ event, scheduled for 2:00 PM PDT on June 22, will see Apple detail the new features in iOS, iPadOS, macOS, tvOS, and watchOS. Apple will also organize 100+ engineering sessions for developers from June 23 – June 26. However, if you want a 1-on-1 appointment with Apple engineers, you can request those as well.

We will also see the Cupertino giant take the wraps off a redesigned Apple Forums later next week, prior to WWDC 2020. This will enable you to “connect with more than 1,000 Apple engineers to answer questions and engage in technical discussions,” says Apple in the blog post.

We are excited to see what Apple has in store for us this year. So, stay tuned and return back on June 22 as we will bring all of the latest deets from WWDC 2020.