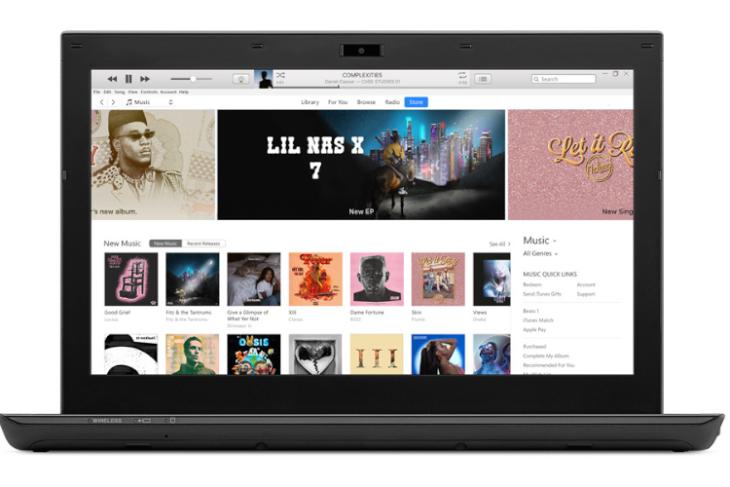 With macOS Catalina, Apple deprecated iTunes and split its functionalities into three different apps namely Apple Music, Podcasts, and Apple TV. On the Windows side of things though, things are quite stagnant with the outdated resource-hungry iTunes app. Well, that might change soon.

According to Italian tech blog Aggiornamenti Lumia, a new app from Apple is coming soon to Microsoft Store. Although the post doesn’t explicitly mention if it’s the replacement for iTunes, we could expect it to be that since the Cupertino giant has been working on an iTunes replacement for Windows 10 for a while now.

A new @Apple app coming soon to the Microsoft Store? 👀

Last November, Apple was hiring senior software engineers specialized on Windows Media Apps to join its Santa Clara Valley team. The listing hinted that Apple could build the app on Microsoft’s Universal Windows Platform (UWP) for Windows 10. If Apple is working on the Apple TV+ app, we might get it on the Xbox One as well. That would be a big deal for wider adoption of the company’s streaming service.

While the web version of Apple Music technically brings the Music app’s interface to other platforms, it is nowhere as sophisticated or reliable as web player implementations of competitors such as Spotify.

For now, we’re not sure of an exact date for the app’s launch. Also, it will be interesting to see if the company makes all three – Apple Music, Podcasts, and Apple TV apps available for Windows 10. In case you’re feeling skeptical, this is not the first time ALumia is predicting an imminent app launch on Microsoft Store. The website was the first to point out the advent of the Amazon Prime Video app for Windows 10.