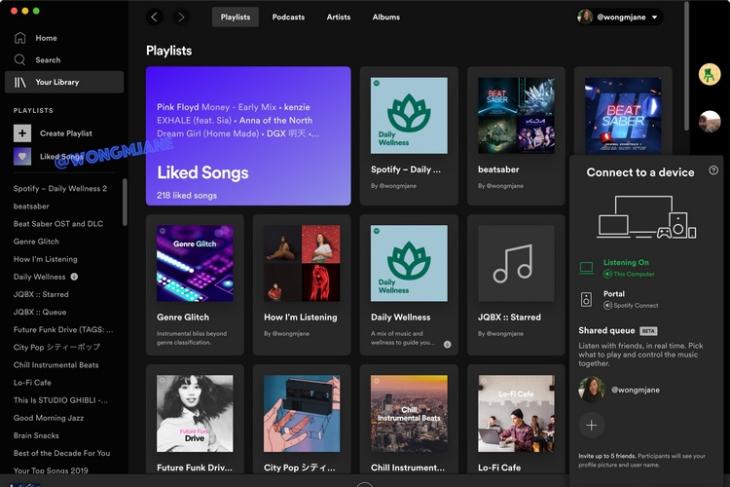 Spotify is working to add its web player experience to the app through a redesign. The redesign is likely to bring the modern web interface while retaining fine-tuned controls you already have in the app.

App reverse engineer Jane Manchun Wong spotted the redesign and shared a few images on Twitter. However, it is not live yet and we’re not sure when Spotify will roll it out to everyone.

If you’ve been using the web version, you’ll feel right at home when Spotify rolls out the redesign to all users. Personally speaking, I don’t mind the web player interface but looking at a few retweet comments (thanks to the new Quoted Retweets), not everyone is favoring this move.

In fact, after a few minutes of browsing Spotify subreddits, I got to know that the company has been A/B testing the redesign with limited users for a few months now. There are even posts in the Spotify community urging Spotify to allow an optional switch to toggle web-based and desktop designs.

“It is impossible to see the friends that you are following, follow any non artist profiles, to change the playlist image, search for a song within a playlist, or sort playlist by filters such as: date added; song length; artist name; or album name. It is also impossible to see an album on an artist’s page after you click on the album,” wrote a Spotify user.

Going by these, the Swedish music streaming giant might be currently striving to add all these features Spotify Desktop users are accustomed to, while adding a modern touch to it with the redesign. So, which interface do you prefer? Let us know in the comments.