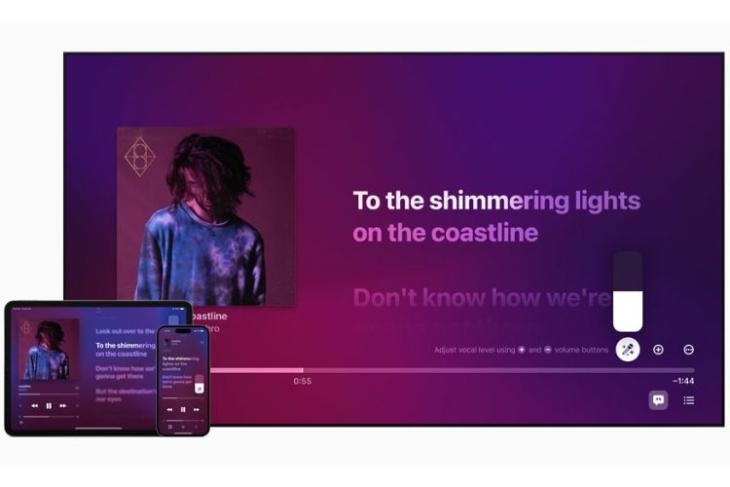 Apple wants to expand the capabilities of its real-time lyrics feature in Apple Music and has now introduced Apple Music Sing. The new functionality is meant for you to sing along with the songs being played. Have a look at the details.

Apple Music Gets a Karaoke Mode

The new Apple Music Sing feature will let you have yourself the Karaoke experience without the need for a proper setup or visiting a cafe. There will be real-time lyrics that will be animated and will ‘dance’ to the music being played.

The feature also supports adjustable vocals, which will let you either sing with the original vocals or tweak them as per your need. Plus, background vocals can be played independently from the main vocals, making it easier for you to follow.

Performing duets will also become more fun with the help of the Duet View. This will show multiple singers on opposite sides for two people to sing multi-singer songs with ease. All these features will be added to the Apple Music app.

Oliver Schusser, Apple’s vice president of Apple Music and Beats, said, “We already know our users all over the world love to follow along to their favorite songs, so we wanted to evolve this offering even further to enable even more engagement around music through singing. It’s really a lot of fun, our customers are going to love it.“

Apple Music Sing will be available for subscribers later this month on iOS, iPad, and even the new Apple TV 4K.

In addition, Apple Music will get around 50 dedicated companion playlists to include duets, choruses, and more that can further enhance the Apple Music Sing experience. So, do you like the new addition to Apple Music? Let us know in the comments below.