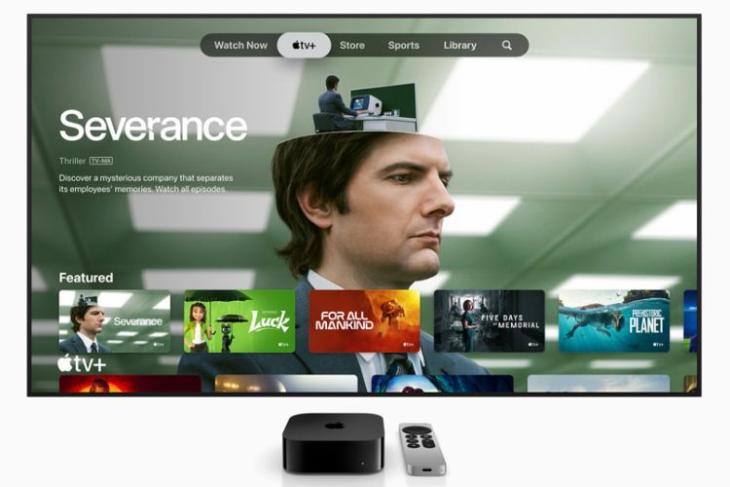 Apple has refreshed its Apple TV 4K streaming box, which now comes with the A15 Bionic chipset, HDR10+, and more features, along with a relatively affordable price. The new Apple TV 4K also has support for a new remote with a USB Type-C port.

The new Apple TV supports 4K, HDR10+, and Dolby Vision for rich visuals. And there’s support for Dolby Atmos, 5.1, and 7.1 audio for a surround sound experience. The A15 Bionic chipset offers up to 50% faster CPU and 30% improved GPU performance than the predecessor Apple TV 4K launched last year.

The new Siri remote control comes with support for a USB Type-C port for charging, which is an interesting move. For those who don’t know, Apple has also included USB-C in its 10th-Gen iPad, thus, moving in the direction of enabling more of its products with the standard. With the EU making USB-C a universal standard, maybe, the iPhones in the future could soon start getting them! The remote also comes with a touch-enabled clickpad.

There’s support for the Apple TV app and Apple TV+ for access to a plethora of movies and shows. Other platforms like Amazon Prime Video, Netflix, Disney+ Hotstar, Zee5, ESPN, and more are also supported. The Apple TV 4K offers seamless integration with other Apple products and gets access to Apple apps like Apple Music, Apple Arcade, and Apple Fitness+. tvOS 16, which will release this fall, will bring improvements to Siri (such as the ability to control the Apple TV with voice), audio-sharing via AirPods, iCloud Shared Photo Library, SharePlay, and more.

It’s now available for pre-order and will be available, starting November 4.