In more ways than one, the Apple M1 chip has kickstarted an all-new era for Macs. An era where Apple computers will have a significant lead over rivals – in terms of efficiency and performance. Add to that the already robust macOS and you are looking at a computer that seems to be a runaway choice, especially for those who admire the deep integration between software and hardware. If that’s you, we have set Apple MacBook Pro with M1 vs Apple MacBook Air with M1 to help you figure out which one you should buy.

MacBook Pro with M1 vs Apple MacBook Air with M1: What’s the Difference?

So, what happens when two able notebooks have a faceoff? Well, it all boils down to personal preference and specific needs. Without undermining MacBook Pro and the raw horsepower that it brings to the table, I would like to say that MacBook Air no longer appears to be a weak rival, especially when going against the 13′ MacBook Pro.

So, you shouldn’t put the sleek notebook out of contention before giving it a fair shot. That all being said, it’s time to put MacBook Pro M1 vs MacBook Air M1 to figure out what’s the difference and more importantly; which one you should choose!

If you have kept a tab on the recent iterations of MacBooks, you may already be quite familiar with what the MacBook Pro M1 and MacBook Air M1 have to offer. Roughly, the only thing that separates them from each other is the screen size. So, if you had expected to see the new MacBook lineups with different form-factor, you may be a little disappointed.

Coming back to the design and display, both the MacBook Air M1 and MacBook Pro M1 sport an impressive (if not top-of-the-line) 13.3″ Retina display. With the 2560×1600 resolution, the images appear crisp and the text looks sharp. Thanks to the Bright LED back-lighting, you get deep blacks and bright whites. The only difference is that the MacBook Air peaks at 400 nits of brightness while the Pro can hit 500 nits.

The incorporation of P3 wide color plays a pivotal role in offering vibrant greens and reds than sRGB. Moreover, both these notebooks also feature True Tone technology, allowing the white balance to automatically adjust to match the color temperature of the light around you, which ensures you get a more natural viewing experience. 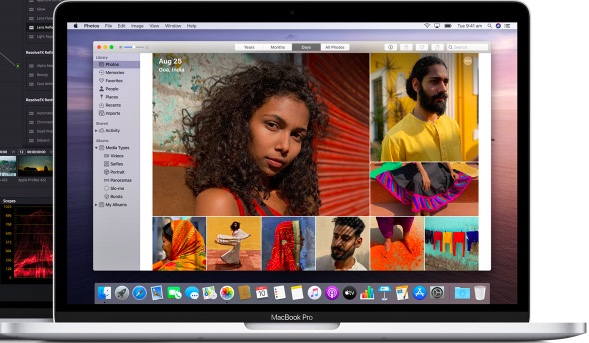 As compared to MacBook Pro M1 (1.4kg), MacBook Air M1 (1.29kg) is a bit lighter which makes it a better choice for those looking for a slim and more portable notebook. While the Air variant comes in three colors such as gold, space grey, and silver, the Pro model is available in gold and silver grey.

Powered by the 8-core CPU, the MacBook Air can perform up to 3.5x faster than the previous generation. Featuring an 8-core GPU, it delivers graphics performance up to 5x faster making it fully capable to take on the graphics-intensive games and run at significantly higher frame rates. However, if you look at the fine-print, you will notice that the base model of MacBook Air only has 7 GPU cores. 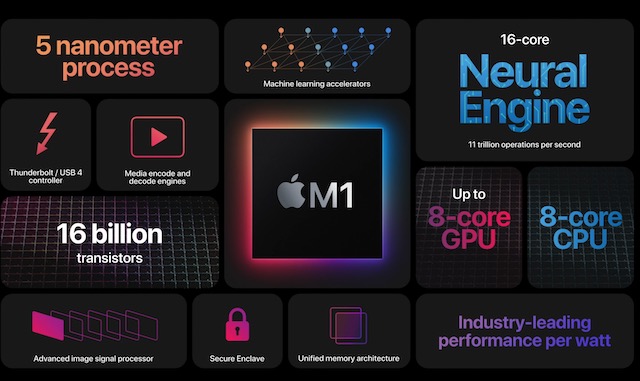 Equipped with an advanced storage controller and the latest flash technology, MacBook Air can offer up to 2x faster SSD performance. Thus, you can preview large images or import large files faster. 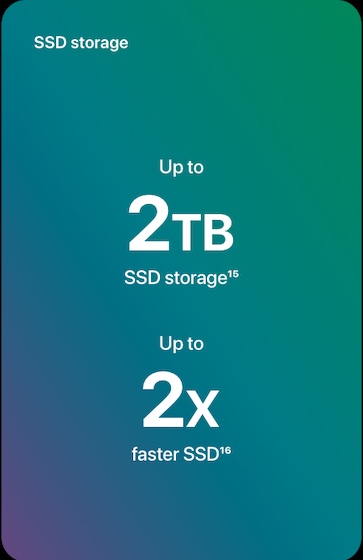 The 8-core GPU is touted to be up to 5x faster, which plays a vital role in offering smooth graphics performance. That’s not all, Apple states that the MacBook Pro can let you build code in Xcode up to 2.8x faster and is capable of rendering 5.9x faster.

The bottom line is that both laptops have same chip. The main difference is the active cooling that allows MacBook pro to sustain higher clock-speeds for longer period. So, if you are doing pro work that depends on this, go for the Pro, otherwise, save the money and buy the Air.

As you may have already guessed, both the MacBook Pro M1 and MacBook Air M1 feature Apple’s Magic keyboard. From a durability perspective, the Magic keyboard is better than the controversial Butterfly keyboard.

Besides, both the MacBooks feature backlit keys and the Force Touch trackpad that supports Multi-Touch gestures. With the presence of a Touch ID sensor, they let you log in or authenticate securely. Unlike the Air, the Pro model has a Touch Bar. 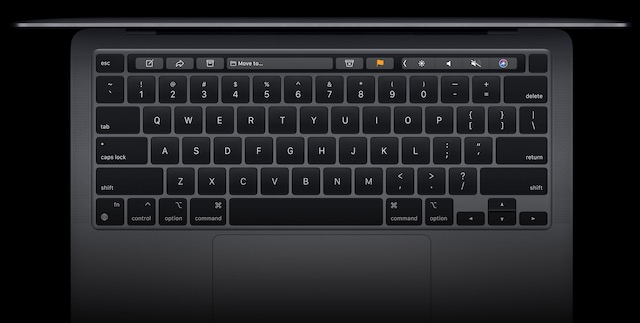 For those unfamiliar, the Touch Bar at the top of the keyboard adapts to what you’re doing and offers quick shortcuts and app controls to let you carry out your tasks faster. Aside from offering easy access to commands on your Mac, it changes automatically depending on what you’re doing and which apps you’re using.

MacBook Pro M1 vs MacBook Air M1: Camera – Nothing to Choose Between the Two

Just like the previous generations of MacBook Pro and MacBook Air, the all-new MacBook Pro M1 and Air M1 feature the 720p FaceeTime HD camera. That said, thanks to the built-in ISP in M1 chip, it can now do all the post processing that your iPhone cameras can. So, you will get better noise reduction and dynamic range along with improved auto-white balance. 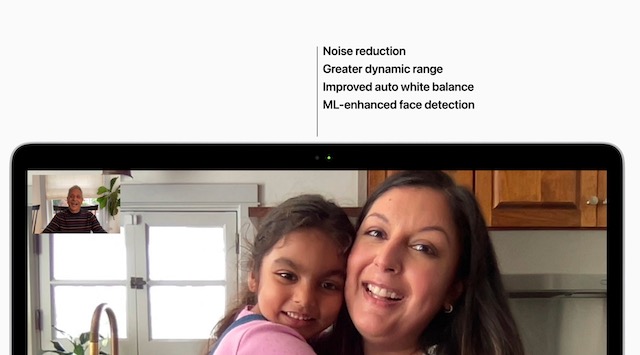 Even in the battery life department, the showdown seems to be quite close. While MacBook Air M1 delivers up to 18 hours of battery life (for video playback), MacBook Pro M1 offers up to 20 hours of battery life. This is thanks to a larger 58.2-watt-hour battery inside the Pro compared to 49.9‑watt‑hour in the Air. Both the Air and the Pro have two Thunderbolt/USB 4 ports that offer fast charging and rapid data transfer.

MacBook Pro M1 vs MacBook Air M1 – Which One to Buy

As you can see, the MacBook Pro and Air has never been this similar before. So, you might be confused as to which one to buy. So, here are the reasons in simple bullet points that can help you make that decision.

To conclude, I think for 90% of buyers, MacBook Air is the right choice. Unless you know that you need that extra power for sustained loads and love the TouchBar, there’s no need to go for the Pro. Even then, I think waiting for the MacBook Pro 16-inch will be a better option.