Irrespective of which operating system you’re using on whatever device you may have, uninstalling programs and apps is inevitable. Perhaps you installed something that you just wanted to try out and don’t really need it, or perhaps you’re looking to make some space in your device by removing less-used apps. Either way, every operating system has its own way of dealing with the uninstall process. On Windows, for instance, you’ll find (usually) an uninstaller bundled with every program that you have; else, you have the Programs & Features section in Windows Control Panel for this. Android and iOS handles the same with a simple press and hold on any icon and hitting the tiny cross on top to get rid of it.

Whenever someone switches from Windows to Mac OS X, one of the immediate woes is how to uninstall programs. That is because there is no immediately evident solution to doing so. The reason for this is pretty simple; uninstalling apps on a Mac is infinitely simpler than any other platform. Let’s take a look at how.

How Mac Apps Differ From Windows

The primary difference between Mac and its prime competitor, Windows, is how apps and programs are stored. Mostly, OS X apps are comprised only of .app files that are usually stored in the Applications folder on your Mac. This is especially true of the apps that you download from the Mac App Store. Then, some programs might also come with some preferences which are stored in a .plist (property list) file in the /Library/Preferences folder. Still others might have an additional component called a Kernel Extension (stored via .kext files in /System/Library/Extensions). These are highly sensitive and critical to the function of a Mac, and are often shared by more than one apps. Hence, it’s unadvisable to tinker with them unless you’re absolutely sure of what you’re doing.

As we noted earlier, this is inherently different from Windows which operates under a system Registry and every installed program has an entry there. This is why removing Mac apps is simpler than what you’d do in Windows.

Uninstalling Mac Apps By Dragging Them To Trash

This is the simplest and most straightforward method, and works best with apps that you’ve downloaded from Mac App Store (or those that have only an .app file in the Applications folder). Either locate the app in Finder or from the Launchpad and drag its icon to Trash. That’s it – the app is “marked for removal” and once you empty Trash, they’re done for.

Please note that while this method is well suited for apps that do not have preferences or kernel extensions, that doesn’t mean you cannot uninstall those using this method. Anything can be ‘trashed;’ it just won’t get rid of the other pieces by itself.

This is my personal preference and recommendation for all uninstallations on a Mac. While there are a number of uninstaller programs available out there (both paid and free), I’ll highly recommend using AppCleaner. It’s a free app that does wonders when uninstalling a single app, or a bunch of them at the same time. AppCleaner is updated fairly regularly as well, ensuring long-term developer support for an app such as this. It will list down all your available apps, widgets and plugins, and selecting any of them will hunt for any files associated with the said app, allowing for one-click removal of installed apps. This works not just for single-file .app packages, but also complex ones that might have associated .plist and .kext files. AppCleaner will also handle installations that might require password input, but that largely depends on your preferences and security settings. 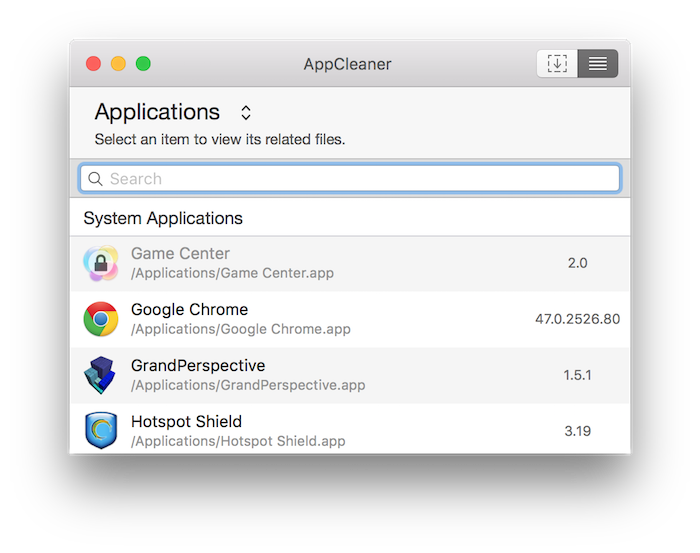 Note: Regarding password requirement for removal of certain apps, that might apply in several cases. Generally, if an app required password input when you were installing it, chances are high that it will require a password when uninstalling as well. However, a look at your System Preferences might be able to change that, so it’s hard to give a universal rule around this.

While you may have guessed it by now, the lack of a system registry in Mac allows for manual removal of any and all apps, although beyond this point things start getting riskier. That is because if you don’t know what you’re doing, you might end up removing something that shouldn’t have been. However, if you’re willing to brave this area, here’s how you can do.

This is pretty straightforward. Find the .app file (usually located in the Applications folder in Finder) and send it to trash, as we discussed earlier.

Removal of property list files is also principally the same, but it’s a little tricky to locate them. We noted earlier that these files are located in the /Library/Preferences folder, but you cannot easily access this folder on a Mac. To visit this location, hit the Go To Folder option in Finder (either through the Go menu or pressing Command+Shift+G together, and then entering the path /Library/Preferences. Once in, you can manually send any associated .plist files to trash as usual.

It’s worth noting here that these .plist files are really small — usually a couple of kilobytes at best — so removing them won’t have any impact on available space.

I would reiterate that this is dangerous territory and you should not bother with removal of kernel extensions unless you’re absolutely sure about what you’re doing. It won’t hurt to backup the files that you’re removing to another location just in case. Still, if you want to proceed, navigate to the /System/Library/Extensions folder using the Go To Folder dialog, and put those files in Trash as well. If something goes wrong, restore the file to its original location from the backup you created.

OS X is Unix-based, which means you can basically do just about anything using Terminal. Quite frankly, there’s no point really in doing this, except maybe a preference for using command line or showing off your geeky skills to your friends. Uninstalling is pretty simple: fire up a Terminal session and enter the following

where <application path.extension> will be replaced by wherever the app is located and whatever the format is. To illustrate this, I have an app called Fotor in my Applications folder, so the command that I will enter is:

Pay attention to the three slashes instead of usual two in this command. The first two belong to the command syntax, while the third one is to signify the Applications folder path. Knowing this, you can replace the path and apply this command to basically any location on your Mac.

Again, depending on your preferences and settings, you might be asked to enter your password if removing something using Terminal.

It might seem surprising why I am making a case of particularly MS Office 2011 uninstallation, but that proved most annoying when I tried to take it off my own Macbook. You see, MS Office 2011 isn’t packaged really well, and if you really want to get rid of it, the best approach is a combination. First, employ AppCleaner and get rid of everything that says Office 2011 or related (there will be a bunch of them). Next, hit the Applications folder and find the Office 2011 folder, and move everything to Trash. Finally, go to the /Library/Preferences folder and ensure that no remnants remain of Office 2011. There really isn’t an easy way to deal with it, so this is probably your best bet.

This pretty much covers the basics for all possible methods of uninstalling an app from your Mac. There are certain apps that will prove hard to remove — such as our example of MS Office 2011 — but there virtually isn’t anything on your Mac that you cannot remove. 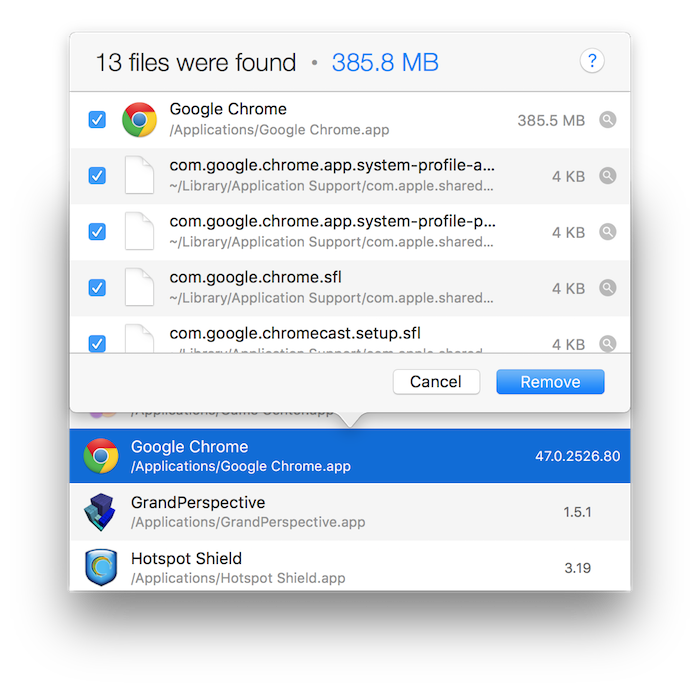 As a recommendation, I will reiterate the usage of AppCleaner above any other method, simply because of how easy it makes to remove not just any app, but all its associated files as well. The rest of the options are there; they just aren’t worth the hassle when you have such an easy solution available for free.