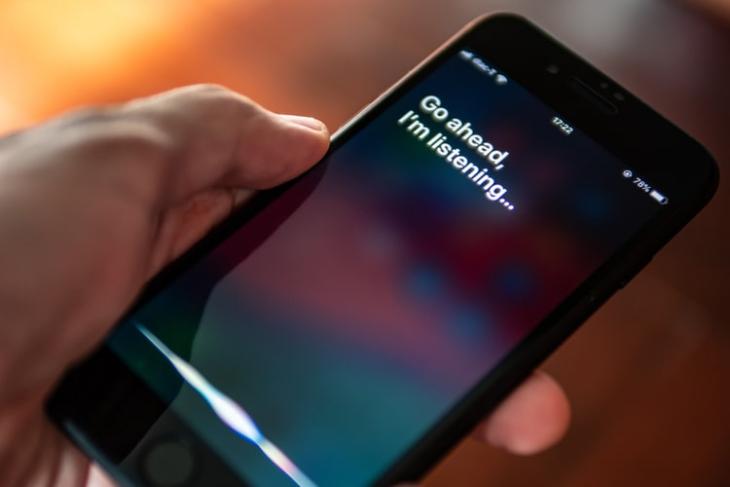 Apple has recently started rolling out the second iOS 15.4 beta update to testers. Apart from introducing the ability for you to use Face ID with masks, the company has also introduced a fix for a major bug that may have recorded your conversations with Siri even if you opted out of it. Apple has admitted the same. Check out the details below.

According to a recent report by ZDNet, Apple confirmed that a bug, which arrived with iOS 15, automatically enabled the “Improve Siri & Dictation” option on iPhones and iPads. This allowed Apple to record, store, and review user conversations with Siri, even if a user opted out of it previously.

Once Apple found out about the bug, it reportedly turned off the Improve Siri & Dictation option entirely for many users with the iOS 15.2 update and even deleted the recordings that were collected due to a bug in the system. Hence, if you haven’t, updating to the iOS 15.2 version might seem like a good thing to do right now!

“With iOS 15.2, we turned off the Improve Siri & Dictation setting for many Siri users while we fixed a bug introduced with iOS 15. This bug inadvertently enabled the setting for a small portion of devices. Since identifying the bug, we stopped reviewing and are deleting audio received from all affected devices,” Apple told ZDNet in a statement.

This information appears weirdly shocking as Apple did a similar thing back in 2019 when it was found listening to users’ Siri recordings. While Apple claimed to have stopped it, it appears like this habit won’t die easily! We hope this really happened unintentionally.

Apple will roll out the stable build of the iOS 15.4 update in the coming weeks. Once a user installs it on their device, they will reportedly get a prompt, asking permission to turn on the “Improve Siri & Dictation” feature on their devices. This is the same option beta users are seeing at present.

If you are concerned about Apple recording your conversations with Siri, you can opt-out of the Siri audio recordings feature on iPhone, iPad, Mac, Apple Watch, and Apple TV using our in-depth guide linked here. However, if you are still paranoid about Siri, check out how you can entirely turn off Siri on your iPhone or iPad.