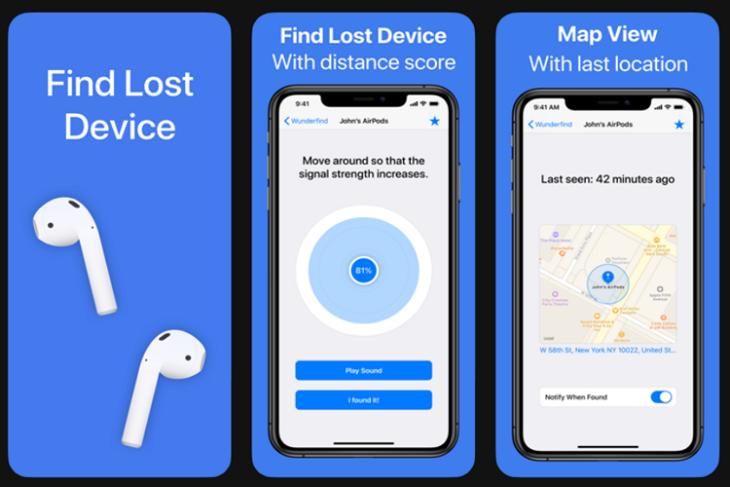 If you are someone like me, you probably find it difficult to locate your Bluetooth earphones at times, be it at home or work. The situation gets even worse when they’re truly wireless earphones that easily sneak behind your pillow or bedsheet. To get around this situation, there exists an app named Wunderfind that makes it easy to pinpoint your Bluetooth devices.

Wunderfind is a simple app that shows information about the Bluetooth devices around your smartphone. While the app works best for Apple’s devices according to the developer says, it does a decent job of finding other Bluetooth devices. It shows the approximate distance between you and the device so that you can simply move towards or against your Bluetooth device to find its exact location. The app will accordingly show you the distance in real-time. Cool, right?

With the pro version of the app which is currently free, you can play a sound to connected devices to know the exact location. This is indeed loud and you will be able to notice your Bluetooth device with ease. 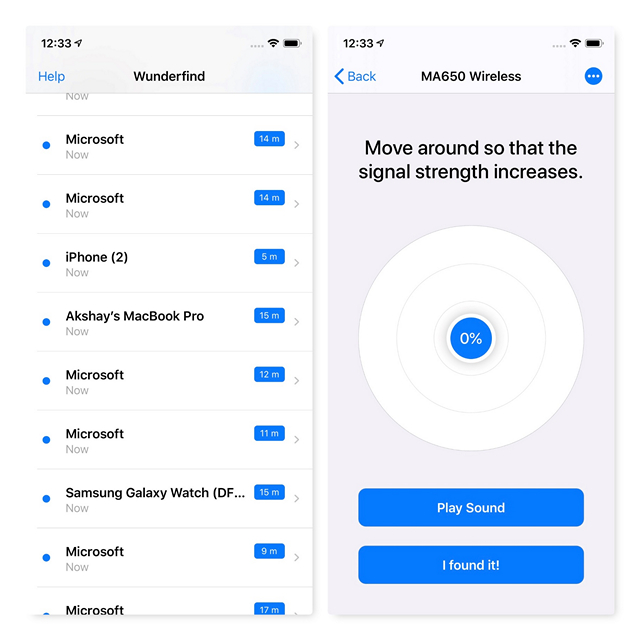 The app is available on iOS and Android. I tried testing the app on both these platforms and it seems to work quite well on my OnePlus 7T running on Android 10 while it worked just fine on a Redmi K20 running Android Pie. To be sure, I tried the app on a Google Pixel 3 XL running Android 10 and unfortunately, it didn’t accurately show the nearby devices.

Considering the usability of the app, I hope the developer adds support for Android 10 in a later update. If your smartphone is running on Android Pie or below, you probably won’t be having any issue running the app.

Check out the app from the below link and let us know if you found this helpful in the comments.