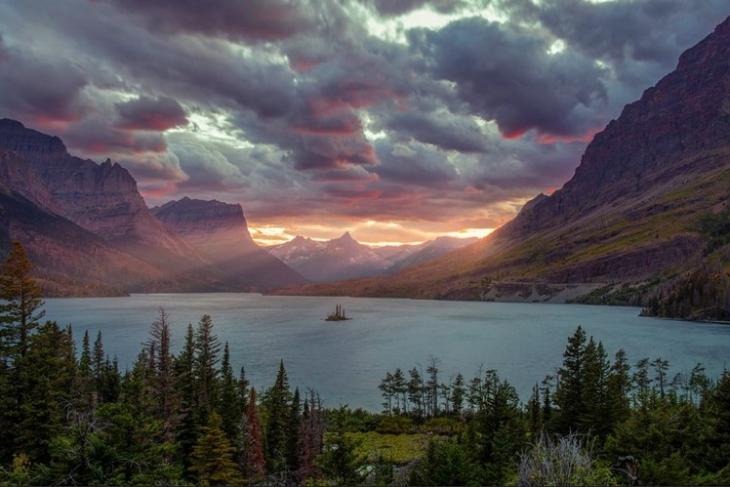 If you are someone who loves to explore wallpapers for smartphones, then chances are that you have already heard about a wallpaper that has been bricking Android phones recently. However, the photographer who shot the beautiful picture says he just wanted to capture the amazing sunset between the mountains.

The young scientist and casual photographer, Gaurav Agarwal, went for a trip to the Glacier National Park in Montana where he shot the picture. However, little did he know that his mesmerizing picture of the sunset would cause havoc on the internet.

After capturing the scene, Agarwal shared the picture on his Flickr profile. From there, many users discovered the picture and set it up as a wallpaper for their smartphones. However, not long after the discovery, many users started reporting that the wallpaper is causing some Android phones to go in a boot loop.

“I hoped my photography would have gone ‘viral’ for a good reason, but maybe that’s for another time.”, said Gaurav, in an interview.

Now, the wallpaper only affected Android devices running Android 10 or below. According to some Redditors, this was happening because of the image’s color profile.

Although the wallpaper crashed many Android phones around the world, the photographer remained unaffected. This is because he uses an iPhone and has never set the image as his wallpaper.

“I have an iPhone, and my wallpaper is always a photo of my wife,”, said Agarwal.

Now, if you’re looking for some cool wallpapers that are “safe”, you can check out the MIUI Super Wallpapers or the awesome wallpapers of the OnePlus 8.