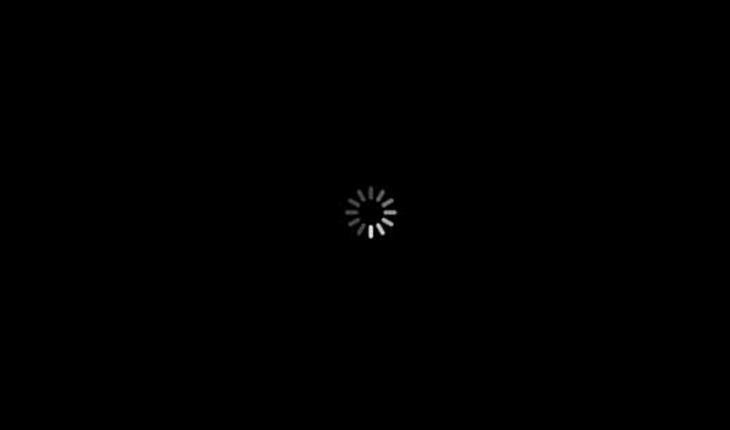 One of the advantages of using an iPhone is the fact that it does not hang that easily. However, there are certain times when an iPhone freezes and it becomes the most annoying thing. So last day, I was using my iPhone X fine and dandy. Used Ola to book a cab, talked to the driver and told him to come at the pick-up point. It was all neat as of this moment.

I went down, I took my phone out and unlocked it and that is the moment when my phone decided to go all bananas on me.

The device went unresponsive as soon as I unlocked it. Immediately, I pressed the power button to lock the device, but it was of no use. The device completely froze.

After a minute, from the frozen home screen, it went on to the screen. The black screen with a rotating wheel in the middle.

This is the screen that usually appears when the phone re-springs. So I thought that the phone will start after some time. Now, remember the OLA I booked? As the driver couldn’t find me, he was calling my number. Surprisingly, while I was in that boot loop screen, the phone was vibrating. This means I was getting the call alright. It seemed that the device was working, but it could not display anything but the loading wheel. This was something new that I have never experienced before.

Now to fix this I first tried the most common method. The hard reset. It is similar to taking a battery out of a device and putting back in to make the device force restart. This is done (in Face ID enabled devices) by pressing both the volume buttons and the power button simultaneously for about 30 seconds. This method worked for me every time my device froze before. But it was a failure this time.

After failing with the methods, I took my girlfriend’s phone to search the internet for a fix. Most of the search results showed fixes for ”iPhone stuck while updating”. But my problem was different. My device was on and working, but my display could not show anything other than that triggering loading wheel. Well, luckily my girlfriend found a method online.
This included using all the keys like the hard reset but in a different order. the steps are below:

It seemed like I already knew this trick, but I forgot the order. But this simple trick did the job for me. I held the power button until the Apple logo came on the screen and my device restarted. I unlocked the device and it was working fine again.

Well, this trick is only applicable for the Face ID enabled devices If you have an older model of the iPhone, there’s a different trick for you. Follow me:

For iPhone 6 and earlier:

The method for the iPhone 8/8 Plus series is the same as the Face ID enabled models like the iPhone X and above. Many people do not have an idea about this method. I hope this helps you when you need to use it on your own device and save you from dealing with that annoying anger triggered by that “loading wheel of death”.