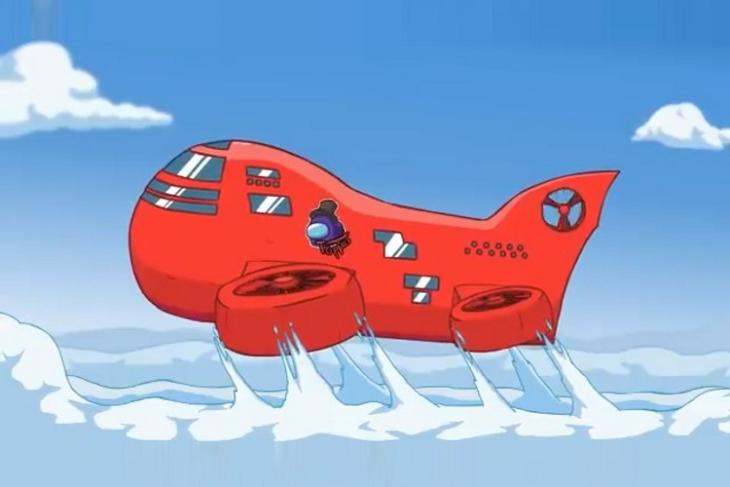 As promised last month, Among Us has today shared a first look at the new map that’s coming to the game very soon. It is called ‘The Airship’ and was revealed at The Game Awards on Thursday, where Among Us bagged two awards. This hugely popular social deduction game received the Best Mobile and Best Multiplayer Game awards.

New Among Us Map: The Airship

The Airship will be the fourth map in Among Us. It will join the existing maps, i.e The Skeld, Polus, and MIRA HQ. This new map follows a different theme and is more bright, colorful, and offers a number of cool features. The Airship has ladders to travel between the upper and lower deck.

One of the highlight features of this map will be the ability to choose which room to start the match in once a meeting is adjourned. You all no longer need to gather around in one place and follow each other. And of course, there are new tasks. Take a brief look at this new map right here:

Prepare yourselves, crewmates. This upcoming (free!) map will include:
🔹 all new tasks
🔹 your choice of what room to start in
🔹 ladders?!
🔹 and more?

But don't forget about those Impostors lurking around… pic.twitter.com/IU2HJGuyEY

The developer, InnerSloth, has already revealed that the new map is full of references to its Henry Stickmin games. There’s a few more interesting things you will notice in the trailer, including a new kill animation, floating elevators, and a lot more.

When will the new Among Us map launch?

The new map, The Airship, will launch early next year and will be available to play for free for all users. We do not have an exact timeline but we expect the map to arrive in January itself.

Among Us is available to play for free (with in-app purchases for skins and pets) on Android and iOS. You will need to shell out $5 to get the game on Steam and play on your PC. But, if your friends are not interested in Among Us, you can check out some cool alternatives to the game right here.