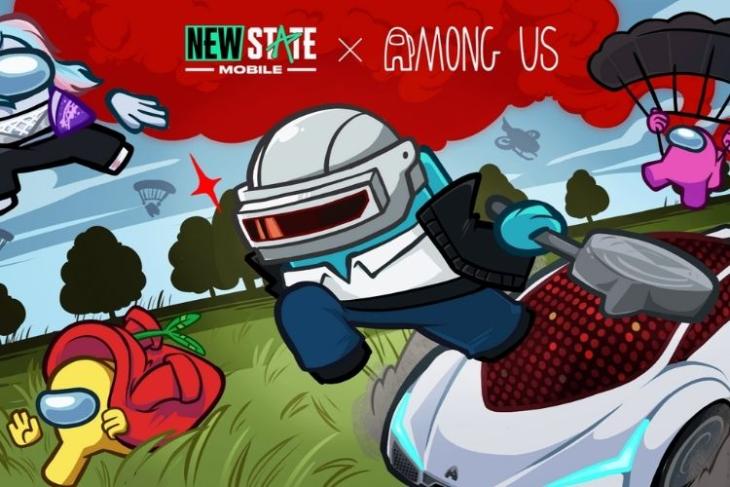 If you are a PUBG: New State player and also an Among Us fan, there is good news for you. Krafton, the developer behind the PUBG: New State mobile game, has announced a crossover event that will enable players to experience Among Us-themed mini-games, collect unique in-game items, and find many Among Us crewmate themed props in Troi. Check out the details below.

Krafton recently took to Twitter to announce the new Among Us crossover event in PUBG: New State. In the tweet, the company mentioned that the event is part of a collaboration with Innersloth, the creator of the uber-popular title Among Us.

The event will come as part of the April update for PUBG: New State and add numerous Among Us-themed elements to the mobile battle royale title. For starters, players will be able to get into a mini-game when they jump into a match on Troi. The mini-game will be available before the start of the actual match.

In the mini-game, one random player from a squad will be assigned the role of the “imposter” from Among Us. They will be able to use weapons to eliminate squad members, and hence, the other PUBG: New State players will have to avoid being killed by the imposter.

Players will also be able to purchase special event crates to get unique in-game items like masks, innerwear, backpacks, weapon and vehicle skins, and more. Furthermore, while roaming around in Troi, the players will come across various Among Us-themed props scattered throughout Troi’s starting island and its Anchorville and Chester areas.

Additionally, PUBG New State mobile players will be able to access and complete a variety of unique missions to earn free Among Us-themed rewards like frames, icons, and more. These will be added to the players’ inventory after completing the missions. New State is also expected to get more new items (including a new weapon) besides the Among Us collaboration, as suggested by another tweet.

The PUBG: New State x Among Us event will go live on April 21 and run through May 19. So, if you are a New State regular, get ready to experience the suspiciousness of Among Us in your favorite battle royale title. Also, let us know your thoughts on the upcoming event in the comments below.