Skip to content
Home News Check out These Cool Official Among Us Spaceman Costumes! 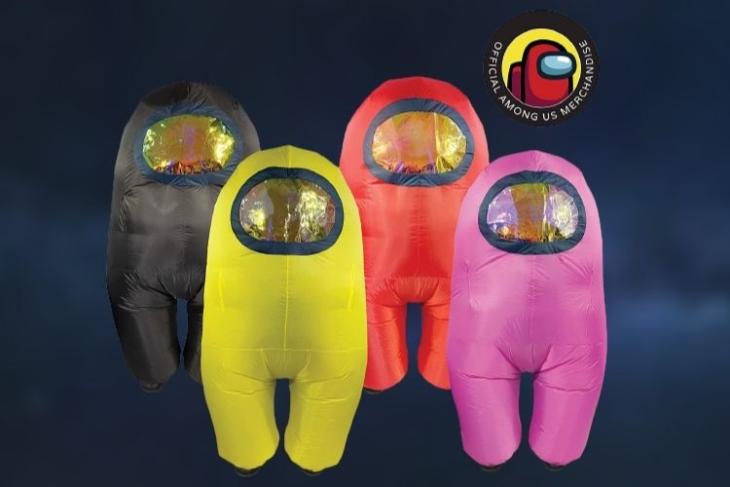 Back when the Coronavirus-led pandemic was at its peak last year, Among Us, a simple communication-based video game, became one of the top titles. It went so viral that the game even boosted the download numbers of social apps like Discord in the market. So, if you are a fan of the title, you can now show off your love by dressing up as one of the Among Us characters, although they all look the same!

Innersloth, the developer of Among Us, recently announced that it has started selling official Among Us spaceman costumes via various channels. The company took to Twitter to make the announcement and shared a hilarious video showing people struggling with the costume. You can check out the tweet right below.

Now, coming to the costumes, they are available in kids as well as adult sizes. Innersloth partnered with UK-based toy company Toikido to manufacture the costumes. Although people will look quite unique in them, it is worth mentioning that they might struggle to walk or move while wearing them due to their unusual design. So, if you are thinking of getting one ahead of Halloween, be sure to practice some basic movements before moving out in it. Cause if you fall down once, you might need your friends’ help to get back up!

The costumes are currently listed on Amazon. They come in red and black colorways for adults and yellow and blue colors for kids. As for the prices, the adult Among Us costume in red costs $49.99 (~Rs 3,679), while the black one comes for $44.99 (~Rs 3316). As for the kids’ sizes, both colors are priced at $39.99 (~Rs 2947). However, as aforementioned, all of them are out-of-stock currently. Nonetheless, the company is working to re-stock the costumes on Amazon.