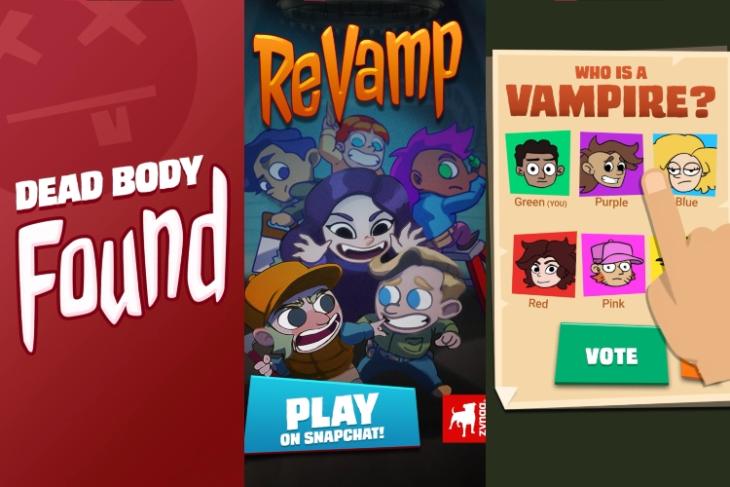 If you used to play games mini-games on online platforms back in the day, chances are you know about the popular game developer Zynga. The US-based game developer made some of the best online mini-games in the early days. Now, the company has announced a new social deception game like Among Us for Snapchat that is coming to the platform soon.

Dubbed ReVamp, the game is clearly inspired by Among Us. However, instead of weird-looking spacemen looking for an impostor amongst them, players will be looking for a vampire hiding amongst them. As per the official description of the title, players will “aim to reveal who the vampire player is among their group of friends while they renovate the rooms of an old mansion.”

You can check out the official promo video for the Snapchat mini game ReVamp right below.

Now, as per Zynga’s official announcement post, players will require to complete renovation-based tasks for an old mansion. However, upon finding a dead body, they will be able to discuss and vote to find the vampire hiding amongst them and killing them.

According to Zynga, ReVamp is the third game to release exclusively for Snapchat after both the companies partnered to launch mini-games for the platform back in 2020. The previous games include Tiny Royale and Bumped Out, both of which were exclusive to Snapchat.

So, if you are a Snapchat regular and often play games with your friends, we recommend you keep your eyes peeled for this one. Zynga says that the title will launch soon in select markets. We will update you once the game becomes available to play on Snapchat.