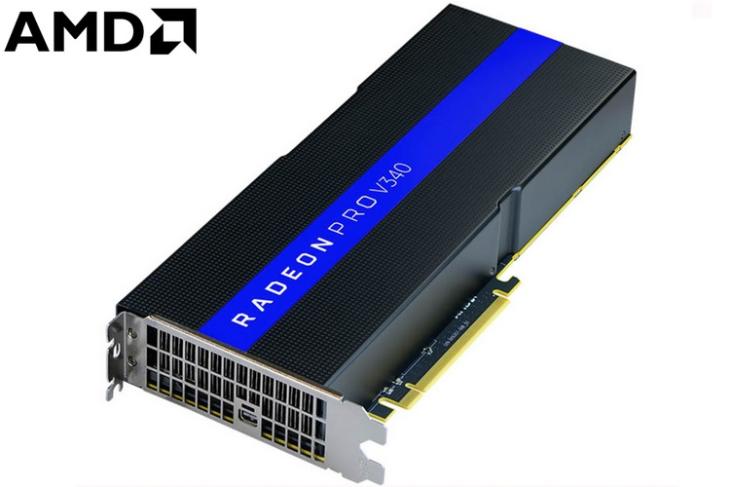 Now that NVIDIA has made waves with its next-gen RTX-series GPUs, arch-rival AMD has also announced a new graphics solution, the Radeon Pro V340, which is designed for high-density data center applications. The Radeon Pro V340 is a dual-GPU graphics card which is based on AMD’s Vega graphics architecture and is equipped with 32GB of Error Correcting Code High-Bandwidth Memory (HBM).

AMD claims that the Radeon Pro V340 offers a performance boost of up to 33% compared to its rival, the NVIDIA Tesla P40, as the AMD solution packs in 32 HBM modules of 1GB each, while NVIDIA’s offering only features 24 memory profiles of the same capacity.

The new AMD graphics card is for tasks such as data center visualization, Desktop as a Service (DaaS) and highly resource-intensive rendering among other applications, and has been optimized to deliver accelerated graphics performance for enterprise applications such as cloud gaming and data visualization.

The new AMD graphics card also comes with features such as a built-in security processor with encrypted storage functionality, an integrated Encode Engine with the ability to compress independent video streams in multiple formats, second-gen HBM memory solution for faster buffer rate among others. The AMD Radeon Pro V340 graphics card will be available in 2018’s fourth quarter, however, AMD has not disclosed pricing details and information about international availability.