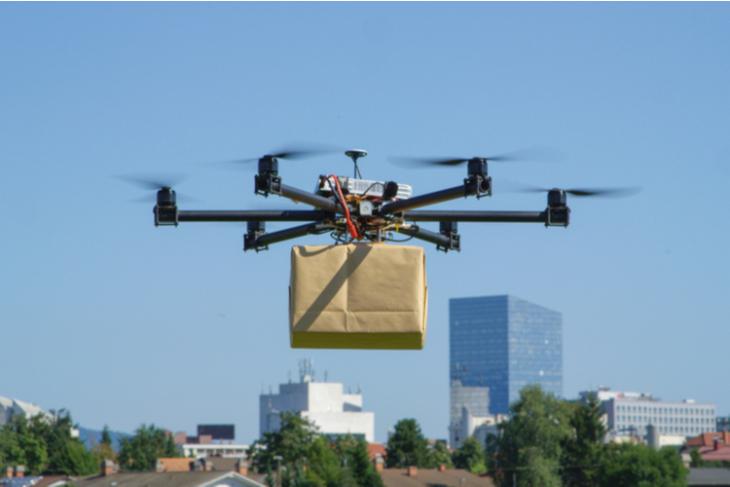 Since the past few years, we have seen an immense amount of development in drone technology. Now, these flying machines can disinfect areas, fight locusts, and, most importantly, deliver all kinds of things like medicines and even pizzas from one point to another. Amazon’s Prime Air is one of the projects of the company that is working on making product deliveries using drones. And recently, the FAA certified the company to officially start testing commercial deliveries in the US.

Before honoring the company with the title, the FAA being the regulator of the highly-controlled aviation sector sure did carry out tests to check the safety of this autonomous drone delivery system. However, Amazon did a pretty good job and convinced the government organization that they are now truly capable of handling the situation.

“This certification is an important step forward for Prime Air and indicates the FAA’s confidence in Amazon’s operating and safety procedures for an autonomous drone delivery service that will one day deliver packages to our customers around the world,” said Amazon VP who leads the Prime Air Project, David Carbon in a statement.

Amazon is not the only company that got approval from the FAA. We have seen the organization approve the drone firm, Zipline to use drones for delivering medicines and PPE kits to hospitals in North Carolina. In India also, we recently saw Swiggy, Dunzo, and Zomato get approval from the government to start testing drone deliveries.

Now, for the delivery drones, Amazon says that they will be using the advanced hybrid drones which the company unveiled back in 2019. These Next-Gen Prime Air drones were specifically made for deliveries. And now, if you are living somewhere in the Northwest or near the Vancouver area, you might see some of these flying around in your neighborhood with Amazon-branded boxes.