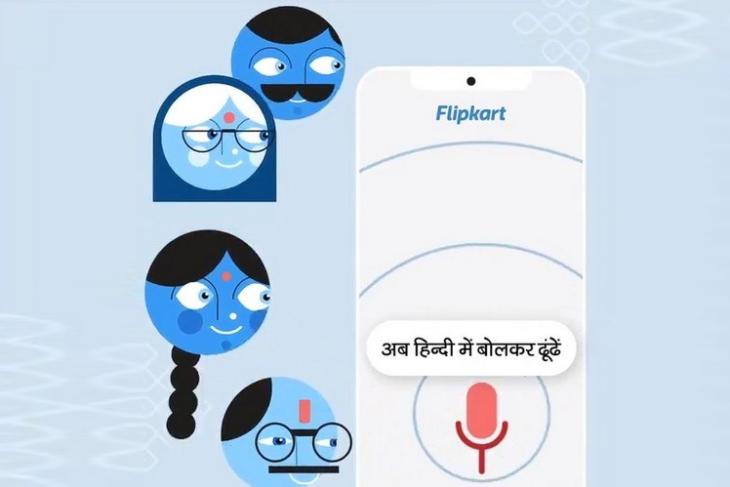 Following the addition of voice-search support on BigBasket, Flipkart introduced a voice assistant for its grocery section last year. Now the Walmart-owned e-commerce giant is expanding voice search support to its primary app.

Flipkart has been adding new features and introducing new rewards programs to give users the ultimate online shopping experience. So now, to give users the option of searching for products using their voice, Flipkart has added an AI-based voice assistant to its app. The company announced the feature via an official tweet on Twitter.

Initially, the voice search feature will support two languages – English and Hindi. There is, however, a high chance of the company adding support for more regional languages in the future.

As per the press release, Flipkart has used Automatic Speech Recognition algorithms, Natural Language Understanding models, and a Text-to-Speech model for Indian languages. All of these technologies are developed by an in-house team.

So, once users initiate the voice search option on the platform, they can speak in any of the two supported languages to search for products on Flipkart. Once the user gives a command to the voice assistant, it automatically detects the language of the user and converts the command into text. 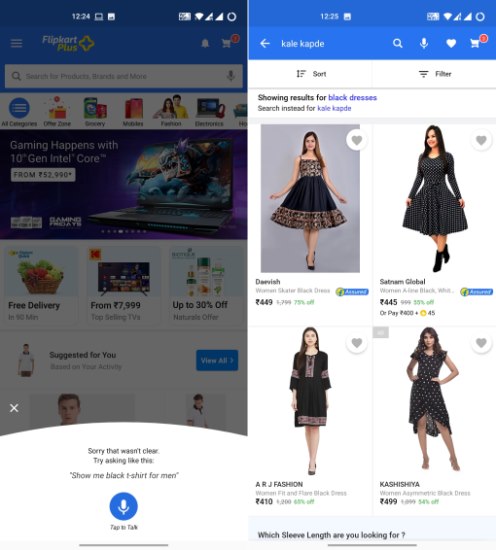 Then the Natural Language Understanding model tries to churn out the keywords from the sentences. Following this, the company’s search engine uses the keywords to search for the product the user is looking for.

So, with the introduction of the new voice assistant, Flipkart aims to make the online shopping experience faster than ever. And with the support for the Hindi language, the Voice Search feature could truly be a game-changer.