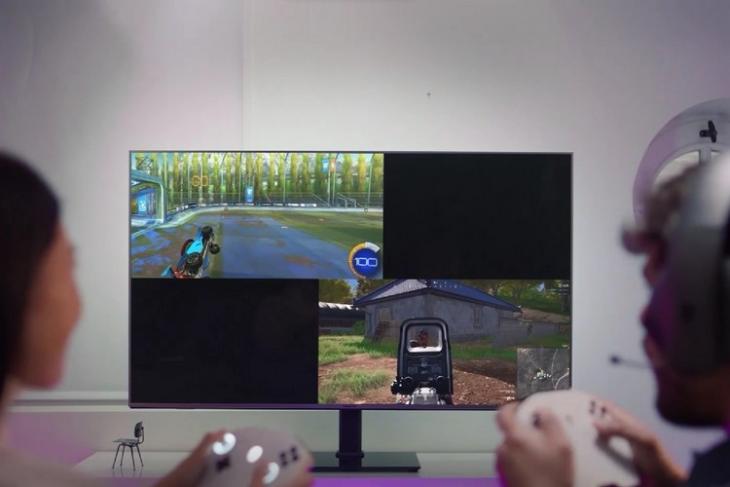 Apart from announcing new X-series laptops with upgraded specs, Alienware also showcased a new cloud-gaming-like system at CES 2022 that lets users seamlessly play high-end games on any device connected to their home networks. Dubbed as Concept Nyx, the system is still in its initial stages. However, Alienware imagines that Concept Nyx would allow multiple players in a household to game on any device of their choice simultaneously on their home Wi-Fi network.

Alienware describes Concept Nyx as “a radical skunkworks project from the depths of Alienware’s labs” that would allow future gamers to easily switch between devices while playing high-end games at home. Just imagine that you are playing a AAA title like Cyberpunk 2077 on your PC and want to shift to your living room for a more comfortable experience. With Concept Nyx, you will be able to do so by seamlessly transferring your ongoing game to your smart TV connected to your home Wi-Fi network.

The idea is to let players easily switch between devices while gaming and continue with the game from where they left off on the new device. Although it sounds like a cloud-gaming-like system similar to Google Stadia or Amazon’s Luna, it is a bit different as it relies on your home network to stream the high-end games instead of depending on a remote server located miles away from your house.

Currently, the system utilizes a desktop-like tower, which is the Nyx server, to stream multiple games simultaneously using a low-latency network. This server would sit near your modem and will be connected to it via an ethernet cable to allow you and other members of your home to stream games using the home Wi-Fi network on connected devices. Furthermore, users will be able to stream multiple games on a single device simultaneously using split-screen views. The company is currently working to allow players to stream at least four games at once on a single device.

Alienware demonstrated the technology recently using the monolithic, black-colored server tower and repurposed controllers from its Concept UFO, which is a Switch-like gaming console that was unveiled at last year’s CES. However, the company did not reveal what powers the mysterious Concept Nyx server.

Now, although Concept Nyx sounds exciting for a home-based cloud-gaming experience in the future, it is still in its conceptual phase. Hence, it is currently unclear when Alienware would release such a system, how much would it cost, or whether or not it will be a paid service.

We can expect Alienware to reveal more information about its Concept Nyx in the future. Until then, we suggest you stay tuned to our website for updates. Also, let us know your thoughts on this new gaming system from Alienware in the comments below.