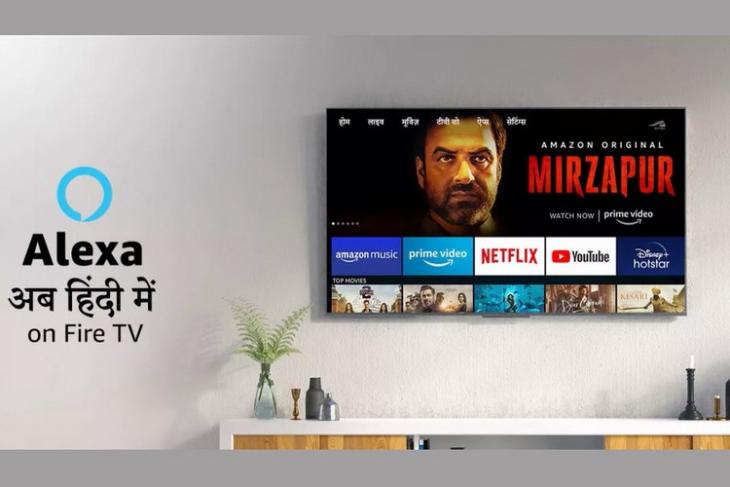 Having rolled out Hindi support to Alexa last year, Amazon is now adding it to the list of supported languages for Alexa on Fire TV. In an official press release, the company said that the experience will include hundreds of skills, including the ability to play music, control smart home devices, get news and weather reports, set alarms and timers, and search for information on the web.

To further explain the ways in which users will now be able to interact with Fire TV devices using Alexa, Amazon said that the change will enable users to issue voice commands, like “Alexa, Bangalore ka mausam batao (What’s the weather like in Bangalore)” or ask questions, like “Alexa, Bharat ka Pradha Mantri kaun hai? (who’s the Prime minister of India?)”.

To switch to Hindi, existing Fire TV owners can navigate to the Fire TV language settings by clicking on Settings > Device Options > Device Language. New Fire TV customers can select Hindi while setting up their device right out-of-the-box. It is worth noting that as part of its newfound emphasis on India, Amazon had also rolled out Hindi support to the Alexa app on Android and iOS earlier this week.

Meanwhile, Amazon has also expanded Alexa Routines to its Fire TV devices in India and around the world. Called ‘Entertainment Alexa Routines’, the new feature will help users include Fire TV commands with their Alexa Routines, thereby “taking a bunch of things you can do with Alexa and your smart home, and bundling them together seamlessly”, said the company in an official blog post.

For example, users will now be able to set up Alexa Routines to automatically pause their TV and turn up room lights when somebody says: ‘Alexa, I’m getting a snack’. “You can also create a Routine so that when someone says ‘Alexa, I’m back’, Alexa can say ‘OK — now back to your show’ turn off your smart lights, and resume playing content”, said the company. The update will be available on all Fire TV devices including Fire TV Edition smart TVs and Fire TV Cube.