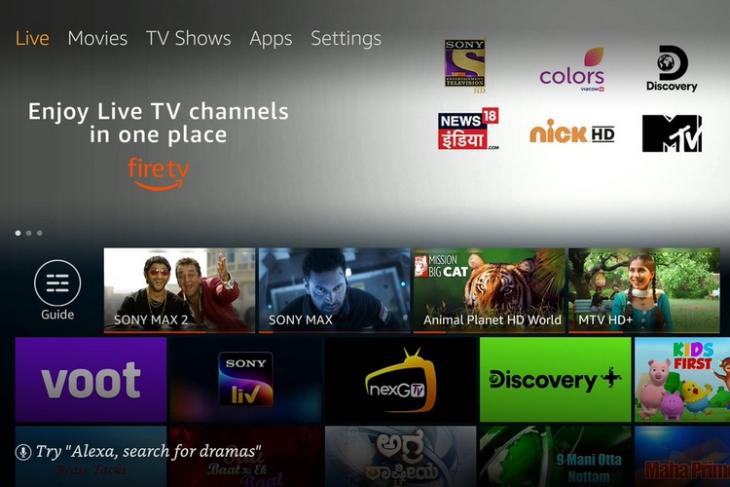 We are just a few days away from Amazon’s Great Indian Festival sale that will last an entire month this time around. And today, Amazon has given us another new reason to consider buying its Fire TV Stick. It has released an update to add support for Live TV channels to its Fire TV devices in India.

Amazon has plans to soon partner with Zee5 to bring their channels onboard as well. Once that happens, you will get access to Zee’s channels such as Zee TV, Zee Cinema, and Zee News. It goes without saying that you need separate subscriptions for accessing these services.

On the other hand, the ‘On Now’ section will show programs that are live on other channels along with a red progress bar on the thumbnail to quickly indicate the real-time progress. You can also use voice commands like “Alexa, Watch Colors HD” to switch to your favorite channels.

Amazon is currently rolling out the ‘Live’ and ‘On Now’ tabs to all existing Fire TV and Fire TV Edition customers. It is worth noting that the ‘On Now’ TV tab requires you to download the apps of these services on Fire TV. For new customers, the Live tab will be available in the coming weeks.