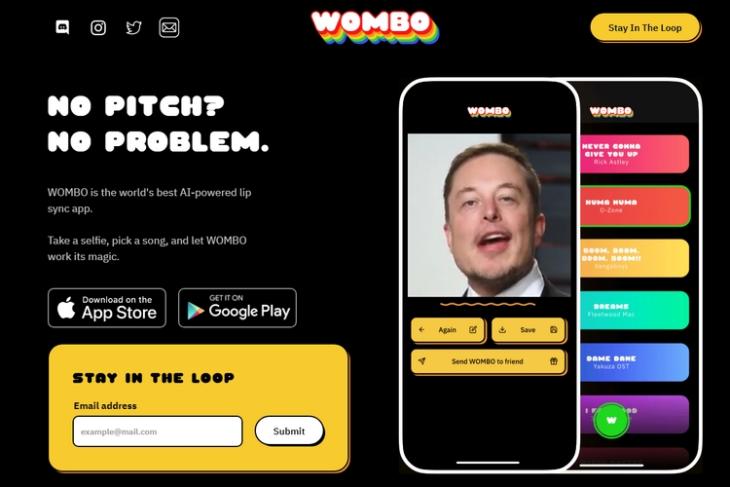 AI-driven deepfake apps are becoming the next big trend. Just after MyHeritage, the app that animates old photos went viral, we have yet another AI-based deepfake video creation platform called ‘Wombo’ doing the rounds on the internet. Unlike other deepfake apps, however, Wombo lets you transform yourself or others into a singing face.

All you have to do is take a selfie, pick one of the preloaded songs, and wait for Wombo to do its thing. There are a total of 15 songs to choose from. After a while, the app will churn out a video of you singing the song you chose.

When you first open the app, you get a camera UI to take a selfie. You can alternatively pick an image from your gallery. After choosing the image, you can crop the image so that the output looks better. 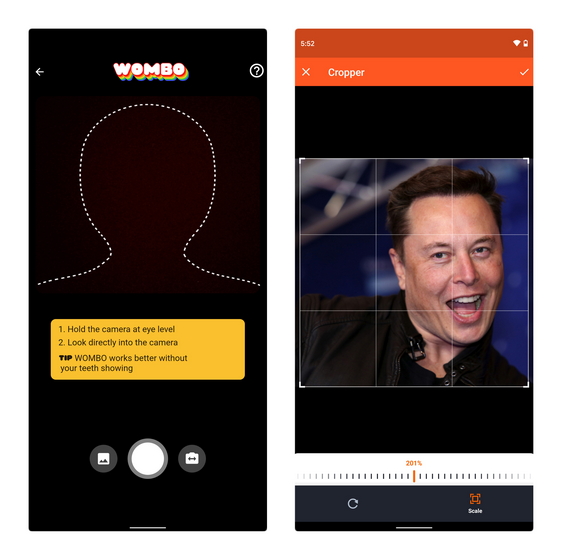 To test Wombo out, I tried combining two of the internet’s favorites – Elon Musk and Rick Astley’s Never Gonna Give You Up. Since the app has already gone viral, the processing is slow at the moment and I ended up rage-quitting the app after a few minutes. However, there’s a premium version that costs Rs. 410 ($4.49) a month or Rs. 2,600 ($29.99) per year without ads and faster processing capabilities. 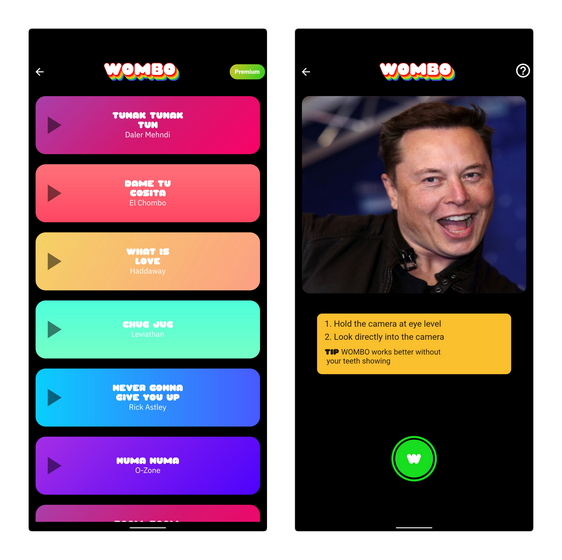 But hey, that doesn’t mean you are missing out on quality Wombo content. That isn’t happening, not on my watch. Here are a few Wombo clips for your viewing pleasure:

For those worried about privacy, Wombo states in its privacy policy that your facial feature data is deleted immediately after creating the photo animation. Anonymous, aggregated, or de-identified data will be stored as long as necessary and shared with behavioral analytics platform Amplitude for understanding user behavior and building engaging experiences. You can try out the app from the links below.