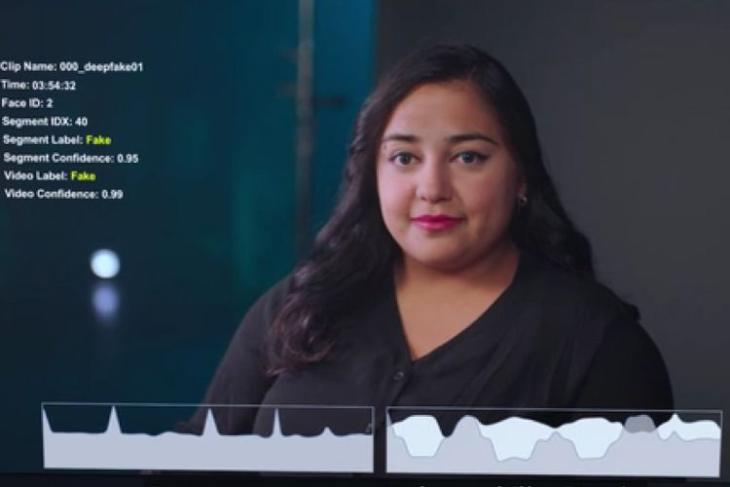 While Deepfakes can be fun, they have been increasingly used to spread fake news and fake images of people, especially celebrities. With time, detecting one and become more difficult but Intel has a solution to sort this. The company has introduced the FakeCatcher technology, which can detect a fake Deepfake in real-time. Check out the details below.

FakeCatcher can call out a fake video with 96% accuracy and is the world’s first to show results in milliseconds. It has been developed by Ilke Demir, a senior staff scientist at Intel Labs in partnership with Umur Ciftci from the State University of New York.

This AI-based Deepfake detection tool tries to look for real elements of a video instead of looking for fake ones, much like most detectors out there. So, what is it looking for? FakeCatcher assesses the blood flow of people in the pixels of the video, which is considered the most human thing.

Now, how this happens? FakeCatcher is based on photoplethysmography (PPG), which uses a light source to detect variations in blood circulation. The veins change color whenever the heart pumps blood and this is recorded as PPG. The PPG signals are taken from the 32 locations on the face and then translated into spatiotemporal maps using Intel’s algorithms. This is when it can be judged if a video is fake or real.

Intel says that “Deception due to Deepfakes can cause harm and result in negative consequences, like diminished trust in media. FakeCatcher helps restore trust by enabling users to distinguish between real and fake content.“

The technology can be used by social media platforms, news outlets, and even non-profit organizations to help detect fake videos and curb the spread of fake news, hoaxes, and more.

For those who don’t know, there are several Deepfake detection tools. To recall, an AI tool came was developed last year, which can assess the reflection in people’s eyes and tell if a video is fake or real. Even Microsoft introduced one to detect AI-made images and videos. However, Intel’s tool is said to be the first real-time Deepfake detection tool.

Do let us know your thoughts on the new tool to detect Deepfakes. In case you want to know more about how you can detect one, check out our article to know more. And if you plan to just make Deepfakes for fun, here’s a list of top Deepfake apps and websites you can visit.