Skip to content
Home What is 720p vs 1080p vs 4K vs 8K: Display Resolutions Explained

The technical jargon surrounding display resolutions is getting more complicated by the day, even for tech-savvy consumers. So to end the confusion, we bring you a detailed explainer on display resolutions by pitting 720p vs 1080p vs 4K vs 8K against each other. In this article, we will see what they mean and how they’re different from one another. We will also discuss whether 8K TVs are worth the premium circa 2021.

Today, buyers are bombarded with terms like 2K, 4K, 8K, QHD, UHD, FHD and more, while trying to buy TVs, smartphones, and computer displays. Adding to the confusion are the new “+” designations used by smartphone-makers who advertise HD+ and FHD+ screens for their devices. So in this article, we will tell you about the difference between 720p vs 1080p vs 4K vs 8K, so that you can make an informed decision before buying your next big-screen TV.

“P” is for Pixels

To understand display resolutions, the first thing you need to know is what “p” stands for in 720p or 1080p. It refers to “pixels,” which are the building blocks of electronic displays. It is the smallest addressable element in a picture represented on a screen or paper. Each pixel represents a part of the original image, which typically consists of anywhere between a few thousand to several billion pixels. 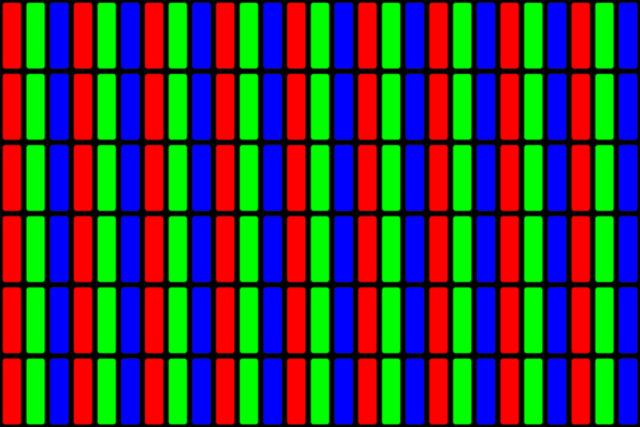 Generally speaking, the more the number of pixels, the sharper the image. As you reduce that number, the picture gets blurry or “pixelated.” That is why high-resolution cameras can take super-sharp photographs, while old black-and-white photos look somewhat blurry because of the lower pixel count.

Resolutions marked with a “K” are slightly different because of how they are measured. 4K and 8K are marketing terms typically used by electronics manufacturers to advertise their high-resolution products. They refer to (roughly) 4,000 or 8,000 pixels, respectively, but horizontally rather than vertically. So a display panel marked as 4K has nearly 4,000 pixels along the horizontal (x) axis while an 8K panel has almost 8,000 pixels.

720p HD is the ‘original’ HD standard and has since been superseded by much higher resolutions. It typically refers to a 16:9 panel with 720 pixels along its width and 1280 pixels along its length. Hence, the standard is also often written as 1280 x 720. While it is only considered ‘basic’ HD today, 720p is still the primary display resolution standard in entry-level TVs and smartphones. It also remains a common standard for broadcast HDTV in many countries around the world.

Otherwise referred to as Full HD or FHD, 1080p offers almost twice the resolution of 720p HD. It was also the standard in the HDTV market for the better part of the last decade. Like 720p, 1080p also refers to 1080 pixels along the horizontal axis in landscape mode, with typically 1920 pixels vertically in a 16:9 panel. It is written as 1920 x 1080, assuming a universal 16:9 standard. Full HD 1080p remains the mainstream standard for high-resolution, especially for gaming and broadcast television.

Not to be confused with qHD or quarter HD (960 x 540), the all-caps ‘QHD’ standard refers to ‘Quad HD,’ which is exactly four times the pixel density of 720p HD. In a typical 16:9 panel, the Quad HD resolution (also referred to as 1440p) would translate to 2560 x 1440 pixels, which means it is significantly sharper than the 1080p standard. It used to be relatively common in high-end gaming monitors a few years ago but has now given way to 4K UHD resolution in high-end systems. 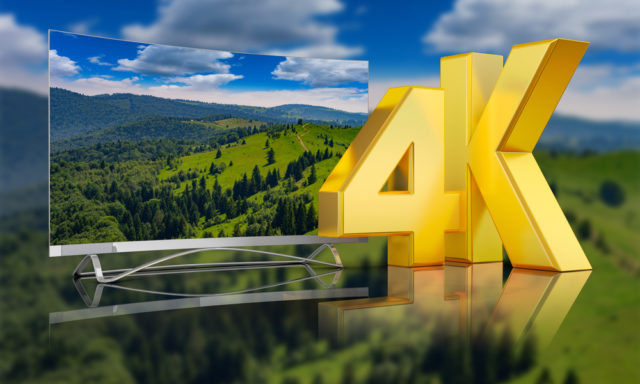 This is the latest high-resolution standard that is only available in a handful of premium TVs. It refers to an image or display resolution with a length of approximately 8,000 pixels. 8K UHD refers to a resolution of 7680 × 4320 and offers four times the number of pixels as 4K and 16 times that of 1080p. It is the highest resolution defined in the Rec.2020 UHDTV standard. All major consumer electronics manufacturers have been launching 8K TVs for the past few years. However, given the costs associated with creating and transmitting 8K content, it is unlikely to become mainstream anytime soon.

Ever since the 16:9 display standard was adopted in TVs and computer monitors almost two decades back, pixel resolutions have always been written assuming that aspect ratio. However, with resolutions such as 18:9 (2:1), 20:9, and 21:9 (7:3) becoming more common in modern smartphones and ultra-wide gaming monitors, manufacturers now add a “+” to the traditional resolutions to depict the additional pixels. 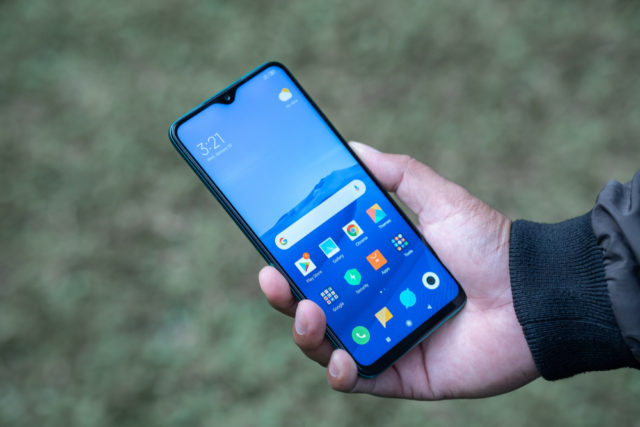 Pixels per Inch (PPI) is the ultimate measure of how sharp a display truly is. That’s because true sharpness doesn’t come from more pixels per se, but it depends on how densely those pixels are packed. So a 1080p FHD or 4K display on a smartphone will be many times sharper than a television with identical resolution. In fact, an HD or HD+ screen on a smartphone with a 6-inch display will still be sharper than a gigantic FHD screen at a stadium. That’s because the former will pack more ‘pixels per inch’ as compared to the latter.

Getting to the raw numbers, a smartphone sporting a 6-inch HD+ panel with a 20:9 aspect ratio will have a PPI of 292, while a massive 100-inch 1080p 16:9 display at a stadium will have an abysmal PPI of 22. Samsung suggests that the PPI of a TV panel should be at least 50 or more to be able to enjoy high-quality video content. You can calculate the PPI of any display using an online PPI calculator (like this one), provided you know the diagonal screen size and resolution.

Because any resolution will have the same number of pixels irrespective of the display size, PPI is a better measure of display sharpness rather than the raw resolution. That said, PPIs will always be higher in smaller devices, like smartphones and computer monitors. That’s because texts and images need to sharper when you see them from proximity. TVs, meanwhile, can afford to be a little less sharp, largely because we view them from a distance.

Native 4K content is becoming increasingly more common with every passing year. Most streaming apps like Netflix, Disney+, and Amazon Prime Video already have a ton of 4K content on offer, while most YouTube channels also offer 4K videos. Game consoles also offer native 4K support nowadays. The original Xbox One and PS4 were limited to 1080p, but the PS4 Pro and Xbox One X|S, followed by the PS5 and Xbox Series X, released with 4K support onboard. 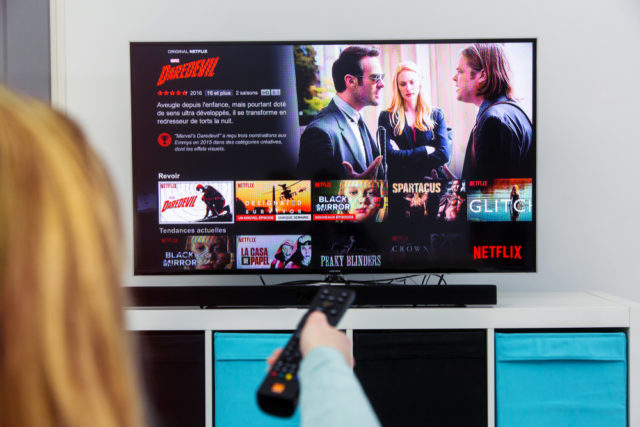 As for 8K, you can buy 8K TVs from most major manufacturers, but they are significantly more expensive than their 4K counterparts. As of now, there’s not a whole lot of 8K content available, either online or with offline traditional TV broadcasters. While almost all 8K TVs upscale 4K videos, the dearth of native 8K content and exuberant pricing means it is still not meant for regular customers for the most part.

As things stand now, 8K TVs are for early adopters who don’t mind spending the extra cash just for the bragging rights. That said, like all technologies, 8K TVs will become more affordable over time, possibly becoming a realistic option in the premium TV market by the middle of this decade. As for when 8K content and hardware will become more common, we will have to wait and find out.

It wasn’t long ago that you only had to decide between and SD (Standard Definition), HD (High Definition), and HD-ready displays when it came to buying televisions. Those days, however, are long gone. Today, with so many different resolutions vying for your attention at multiple price points, it can be a bit overwhelming for most mainstream consumers. So hopefully, you found this article helpful in cutting through the tech jargon and offering a basic understanding of 720p vs 1080p vs 4K vs 8K display resolutions.

4K vs UHD: What’s The Difference and How It Affects You?