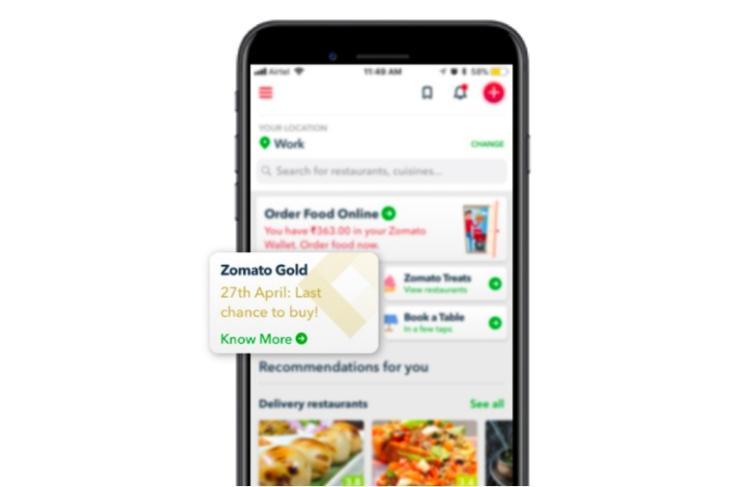 Zomato’s loyalty and rewards-based Zomato Gold subscription service began in November last year, and has quickly become a big revenue earner for the company. The company says that it had received an overwhelming response, pushing them to reconsider the strategy and make Zomato Gold an invite-only exclusive membership club.

Zomato said in an official blog post that it added around 2 lakh Zomato Gold members. Members shell out at least ₹1,199 for a 3-month subscription (now sold out) or ₹2,499 for a yearly subscription to Gold. 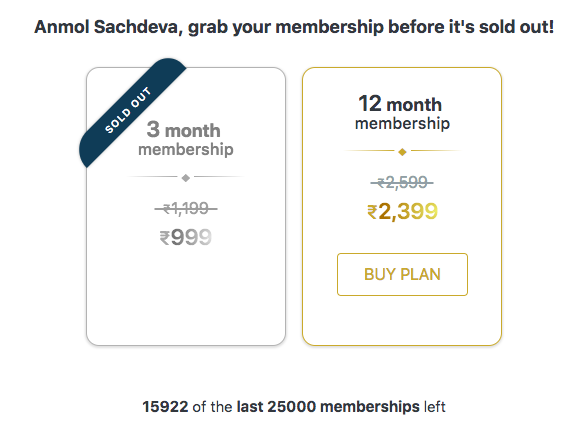 Zomato Gold makes it possible for users to get complimentary meals and drinks from partner restaurants and bars. You usually get two drinks free on purchase of two, while a similar deal is on the table for food as well.

The company is holding one final ‘public purchase’ for Zomato Gold today, April 27, allowing 25,000 users to buy the subscription – many spots have already been sold.

As for what Gold members will get in the months to come, Zomato founder and CEO Deepinder Goyal said, “We are enhancing the value of Zomato Gold and making it bigger and better. We are going to be upgrading our Gold experiences and will be hosting a number of premium events exclusively for Gold members.”

Zomato currently has close to 2,100 partner restaurants in 7 major cities namely Delhi, Gurugram, Noida, Mumbai, Bengaluru, Hyderabad, and Pune. And while at one end, the company is restricting the subscription program, it is also planning an expansion to 5 new cities – Jaipur, Kolkata, Chennai, Ahmedabad, and Chandigarh at the same time. So, are you planning to get the subscription before the end of today’s sale? Let us know in the comments below.