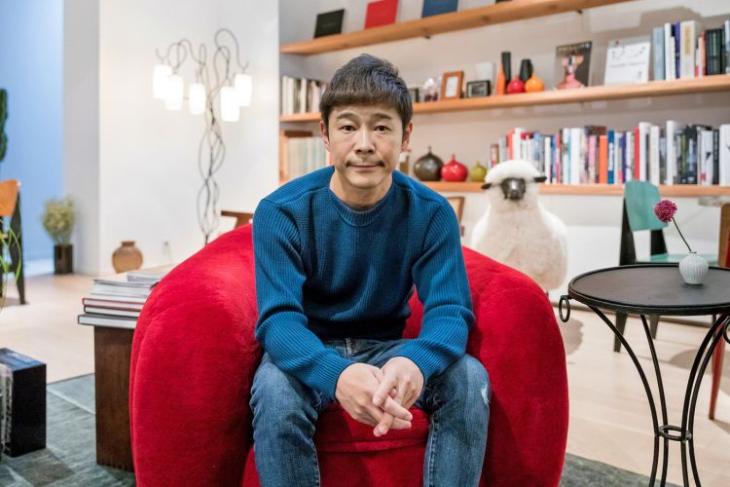 US private space firm SpaceX has announced that the company’s first private passenger to the Moon will be Japanese billionaire Yusaku Maezawa.

Maezawa, 42, is the founder and CEO of Zozo, the largest online fashion retailer in Japan.

Hanging out with @yousuck2020 before the @SpaceX moon mission announcement pic.twitter.com/RTOwutzMtG

Maezawa is also known as an contemporary art collector and curator with a large collection at his Contemporary Art Foundation in Tokyo, which features works of various renowned painters like Pablo Picasso, Andy Warhol, Alexander Calder and Jean-Michel Basquiat.

Maezawa announced on his Twitter and Instagram accounts that he plans to take a select group of artists with him on his trip around the moon saying: “I choose to go to the Moon, with artists,” adding then “What will they see ? What will they feel ? And what will they create ?”

According to Forbes, Maezawa is the 18th richest man in Japan with a fortune of $2.9 billion.

Maezawa’s trip to the moon will be made on board a BFR, which is currently still in development.

The Moon is about 385,000 km away from Earth and the last time an astronaut travelled there was in 1972 as part of the Apollo 17 mission.

Founded by billionaire Elon Musk and conceived as a company with long-term ambitions such as bringing humans to Mars, SpaceX will ferry four NASA astronauts to space in 2019 with its Crew Dragon or Dragon 2 spacecraft.

NASA has also hired SpaceX and Boeing to develop commercial space trips from the US.