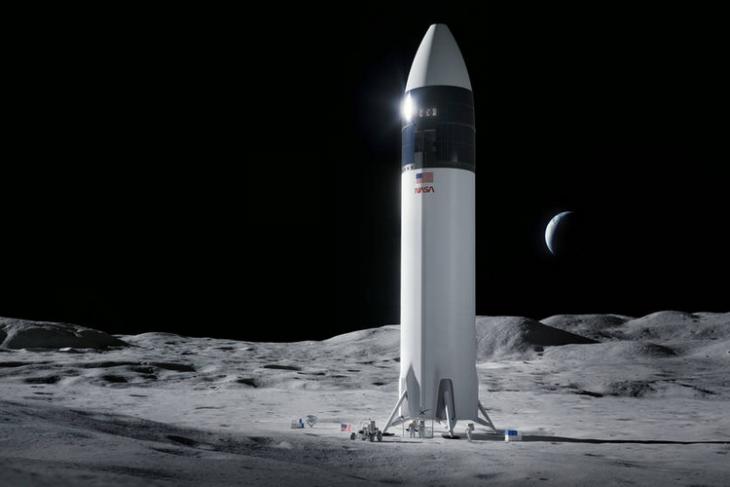 NASA has announced that it has picked SpaceX for its lunar lander mission as part of the Artemis program as early as 2024. According to NASA’s press release, SpaceX will receive $2.89 billion to build the lunar lander.

NASA had chosen SpaceX, Blue Origin, and Dynetics as contenders to design and develop human landing systems (HLS) for the mission along with a $967 million contract last year. SpaceX’s Starship has now won the deal, outperforming Amazon CEO Jeff Bezos’s Blue Origin. It uses Raptor engines and a spacious cabin with two airlocks for astronaut moonwalks.

“With this award, NASA and our partners will complete the first crewed demonstration mission to the surface of the Moon in the 21st century as the agency takes a step forward for women’s equality and long-term deep space exploration,” said Kathy Lueders, NASA’s associate administrator for Human Explorations and Operations Mission Directorate.

“NASA Rules!! We are honored to be part of the @NASAArtemis team,” wrote SpaceX founder and CEO Elon Musk on Twitter soon after NASA’s announcement.

NASA says it is returning to the Moon for ‘scientific discovery, economic benefits, and inspiration for a new generation.’ It also aims to build a new habitat, rovers, power systems that should prove helpful for its next leap to Mars.