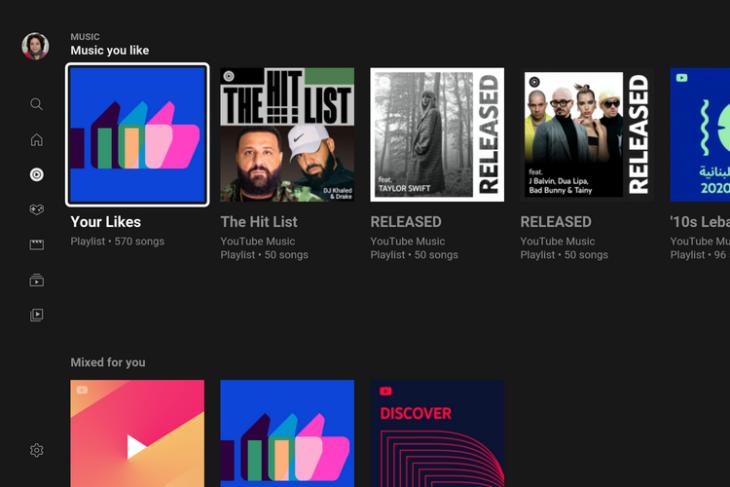 The tab offers access to several YouTube Music features including the music you like, the ‘Music For You’ section that features Your Mix, Your Likes, Discover Mix, Genre, and Mood Stations, Playlists, Artist Stations, and Recommended Playlists. The report points out that music playback instantly starts when you highlight a mix. In other words, you will not have to press any button to start playing songs.

However, there’s a huge limitation with the YouTube Music integration for now – background playback. As of now, the music you’ve been playing will stop when you switch apps. Hence, you will have to go the Chromecasting way if you need to play your library on YouTube Music.

The list doesn’t end here. There are apparently no options to shuffle/repeat or toggle audio/video either. Other limitations include lack of playlist management, no access to the complete library, uploaded music, and time-synced lyrics.

Google should be fixing most of the limitations listed here over the coming months. If you have an Android TV, you should be seeing the Music tab right now, as the feature seems to have gotten a wide rollout. In case you’re not seeing it, make sure your YouTube app is updated to the latest version on Google Play.