Skip to content
Home News You Can Now Make Video Calls on Your Apple Watch; Here’s How! 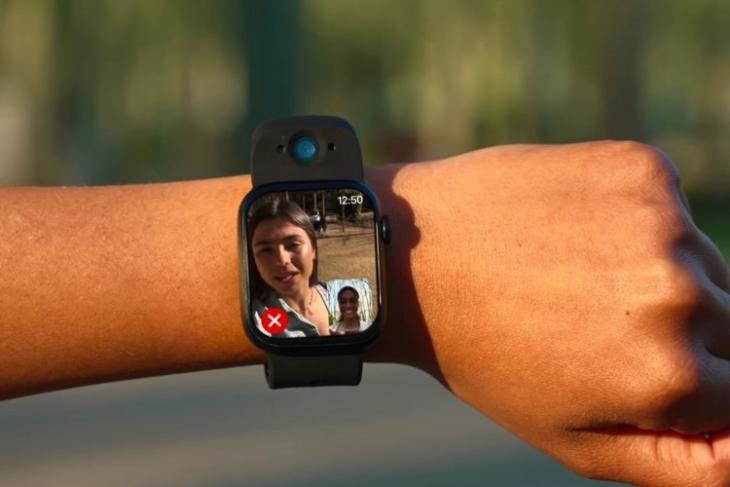 While there are several options for an Apple Watch band in the market, the most unique and feature-packed Apple Watch strap/ accessory would be the Wristcam. Launched back in 2020, this nifty Apple Watch strap came with a dual-camera setup to allow users to record high-quality videos with their wearable. Well now, Wristcam owners will be pleased to hear that they can also make video calls from their wrists, thanks to a new feature for Wristcam. Check out the details below.

Wristcam recently announced a new video calling feature for its camera-based watch strap for the Apple Watch. This means that Wristcam users will now be able to make video calls from their wrists without requiring their iPhones. You can check out a short, promo video from the company, showcasing the new feature, attached right below.

Although it is worth mentioning that the video calls will be hosted on Wristcam’s own app instead of FaceTime. Although the Apple Watch currently supports FaceTime audio calls, the support for video calls was missing due to the lack of an in-built camera.

The new Wristcam feature, however, is currently in “early access” for those users who request it from the company’s official website. As for the full availability of the feature, the company says that it is currently working with a variety of developers to further improve it. Following better support and compatibility, Wristcam will release the feature to all its users sometime in the coming weeks.

Once rolled out, the feature will allow users to make watch-to-watch video calls or watch-to-phone ones. Either way, both parties will require to install the Wristcam app on their Apple devices to make/ receive the video calls.

Now, to recall, Wristcam is a nifty and one of the most useful accessories for the Apple Watch that lets users shoot 1080p videos and 4K pictures with an 8MP world-facing camera. There is also a 2MP selfie shooter, which is used for the new video-calling feature. The accessory also comes with 8GB of storage memory to store up to 2,000 images and up to an hour of high-quality videos.

It is available in three colorways and comes in six different sizes – 38mm to 45mm. While the original edition Noir Black and Gray variants cost $299 (~Rs 22,879), the limited edition model is priced at $399 (~Rs 30,529). You can check it out on the official Wristcam website. Also, let us know your thoughts on the new video calling feature in the comments below.