Xiaomi is doing well in the wearable market, thanks to its fitness bands. Last month, we heard that the Chinese smartphone giant is reportedly working on a smartwatch powered by WearOS and now, an official teaser image posted on Weibo confirms that this alleged smartwatch would be unveiled next week. 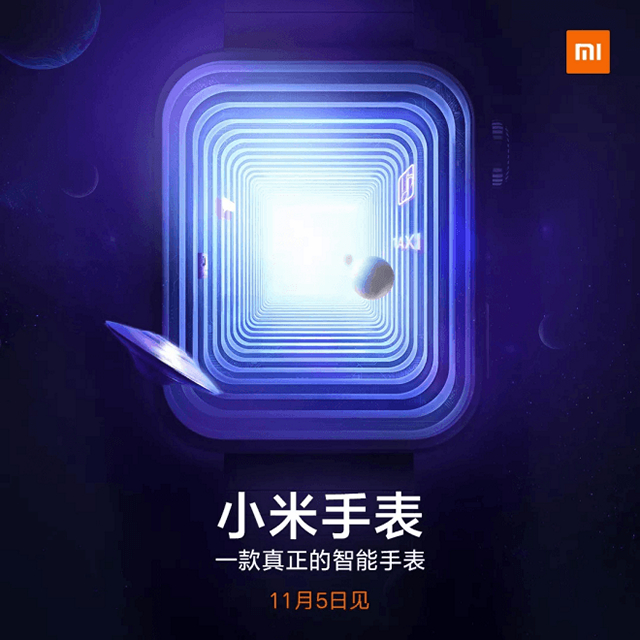 9to5Google‘s APK teardown of WearOS 2.28 companion app hints that Xiaomi would name its new smartwatch as “Mi Watch”. We will get an official confirmation regarding the same once Xiaomi officially launches it on November 5.

According to IDC, Xiaomi stands second in the global wearable market with a 12.6% market share. If this Mi Watch is priced right, it could compete against the likes of Apple Watch considering the number of Android smartphones in the market, at least in Asian countries like China and India.

It is worth noting that this is not Xiaomi’s first attempt in making Apple Watch resembling smartwatches. The company has been doing operations through Huami, a Xiaomi backed Chinese watchmaker. However, we will have to wait to witness what impact this could make in the wearable market now that Xiaomi is directly involved in the smartwatch business.

Also, if this smartwatch gets a massive interest among the public, it could significantly boost the engagement of WearOS, especially now that Google is trying to acquire Fitbit in the hopes of making WearOS stand out as a potential smartwatch OS.

So, are you excited for the Mi Watch? Tell us in the comments.