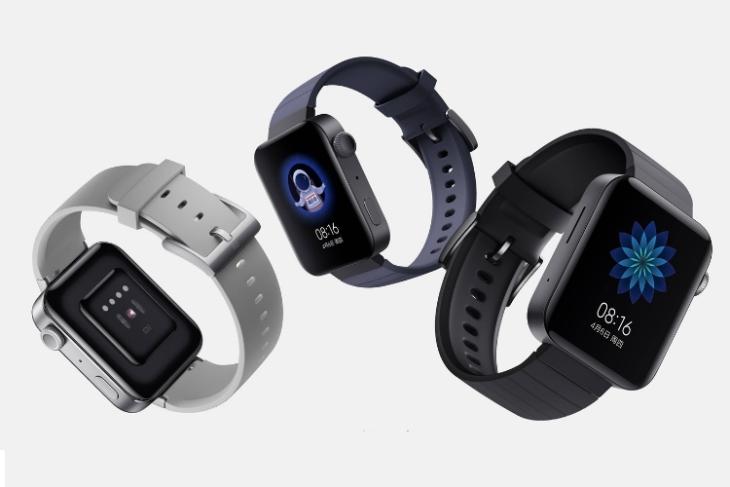 Xiaomi has not only confirmed but also given us a close look at what its first smartwatch, the Mi Watch, is going to look like in official renders posted on Weibo. And well, we know that it’s an Apple Watch lookalike with a squarish design and digital crown. However, the company has today published a hands-on video that shows off the UI and apps baked in this smartwatch.

As you can see in the video below, a press on the digital crown opens what looks like an app drawer. It has a 3×3 app grid with square icons, which look outdated, which you can navigate through by scrubbing the digital crown. A tap opens the app and the demo has shown the user watching a video on this tiny smartwatch screen, with the audio spewed out from the speaker onboard.

At first glance, the Mi Watch seems to be a rip-off but is well-designed and is functional. But, you must be wondering whether it’s powered by Google’s Wear OS or not. We too aren’t completely sure, but Xiaomi has revealed today that the watch will run “MIUI for Watch” out-of-the-box. The company seems to have ported its UI design philosophy or skins over from the smartphone to its smartwatch.

One of the key highlights of MIUI for Watch will definitely have to be the App Store. Yes, Xiaomi has confirmed that a dedicated App Store will be accessible right from the watch, allowing users to install and update apps (such as AliPay, QQ, Didi, and more) on the fly. The Mi Watch will have LTE eSIM connectivity, so this will ease the process for users and make the watch feel a standalone device as well.

We will learn everything about the Mi Watch on November 5, when it officially launches alongside the Mi CC9 Pro and Mi TV 5 series in China. The pricing and availability deets would be announced on stage at the event, so stay tuned for our live coverage.